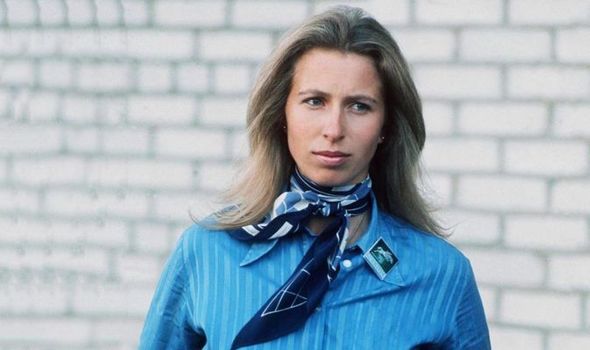 It’s a sunny morning in the Forest of Dean in Gloucestershire as Princess Anne drives her blue Range Rover into a school playground. There is no chauffeur, no Royal fanfare. Even before Covid-19 restrictions limited most Royal visits to local trips, Anne, who celebrates her 70th birthday on Saturday, preferred to drive herself to official engagements. In the world of Royal visits, the dozen or so children lining the playground of Lydbrook Primary School to applaud the willowy woman who emerges from the car in sunglasses, a cream jacket, blue trousers, matching gloves and sensible shoes, constitutes a low-key greeting. It is far removed from the popping flashbulbs and cheering crowds that often greet the Queen or the younger Royals at glamorous events.

But this is the bread and butter of life as a member of the Royal Family; visiting a primary school to give teachers a pat on the back for rewriting the curriculum to teach about local history. She is also there to recognise their work with children on nature and wildlife and applaud their efforts to continue lessons during the coronavirus crisis.

The younger Royals with their glamour and grand campaigns garner the headlines but Anne, who habitually vies with her brother, Prince Charles, for the title of busiest Royal in the annual tally of official engagements, does much of the heavy lifting that connects the monarchy with ordinary people.

She typically completes more than 500 engagements annually. Last year, her total of 506 was narrowly beaten by Charles’ 521.

Along with a career as a successful equestrian and the first member of the Royal Family to compete at the Olympics (in Montreal in 1976), she has been undertaking official duties since 1969.

A wild child in her day, then a young Royal who was often combative with the press – naff off was a polite tidying up of the actual words she used on one occasion – she has long had a reputation for being brusque and haughty. 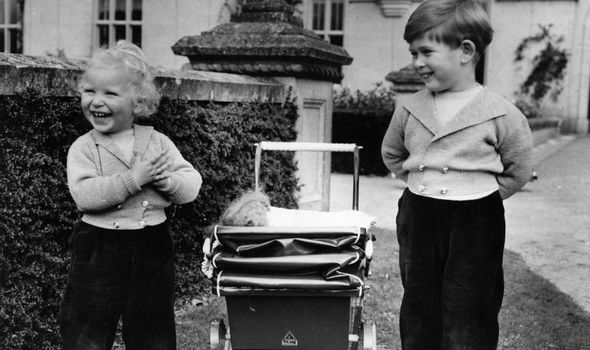 But the reality is that she is often charming. Today, she’s chatty with the teachers and children and quick with an observation or an anecdote about her own life, telling one child she has a phone app that helps her identify wild flowers.

“But that’s cheating,” she smiles, before joining another group of pupils to check out tadpoles with a magnifying glass. There is no Harry and Meghan-like hugging or Princess Diana-style stooping to be at the same level as the children, a technique Kate uses often, too.

“She has a connection, but she is not going to be soppy,” says hotelier Gordon Campbell Gray, who has worked with the Princess Royal for 50 years at Save the Children, the charity she became patron of in 2016 after having served as its president since 1970.

Earlier this summer she was filmed reading a Thomas The Tank Engine story as part of a Save the Children fundraising campaign. The thought of it at the time appeared as incongruous as her supposed appearance on the sousaphone in the Bonzo Dog Doo-Dah Band’s classic 1967 comedy spoof The Intro And The Outro. 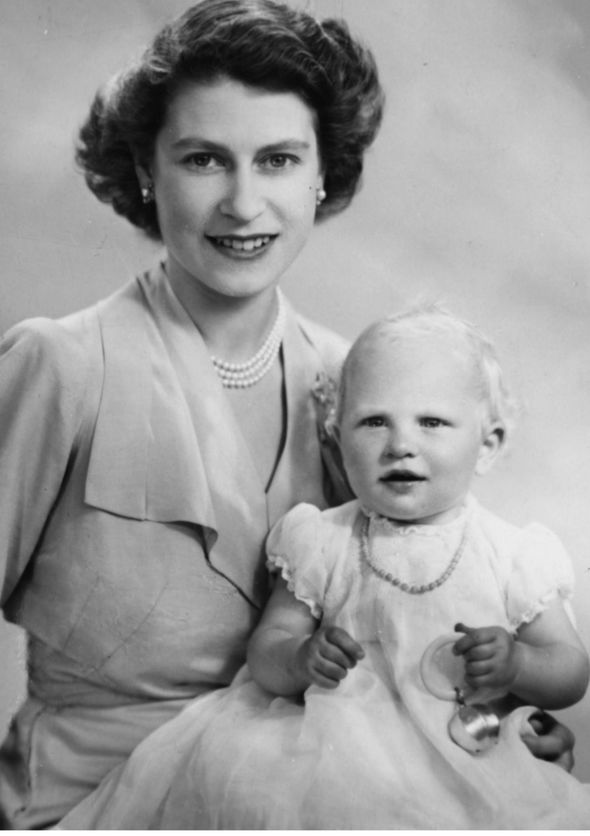 But she did well, adjusting her seating position, pulling a face at one point and telling watching children, “Hope you’re sitting comfortably.”

There are shades of her father – family friends say she is the closest of all the Queen’s children to Prince Philip – as she rails against the modern trend to keep children indoors.

In the school’s outdoor play area for early years pupils she is telling a story about going somewhere that had state-of-the-art computers for children but nowhere for them to play outside.

“Children, particularly in an area like this, should be doing more out in the fresh air,” she says. “You do need this and they will learn better as a result of it.” After visiting the school, she goes to Bathurst Pool, a popular open-air swimming pool marking its centenary in the nearby town of Lydney.

“It’s pretty impressive, I have to say,” she tells volunteers. “It looks very inviting. You’re doing a fantastic job here.”

“This is where we keep our 1920s filtration plant,” one of her hosts says, showing her into a machinery room. “And it still works. Amazing,” she replies. 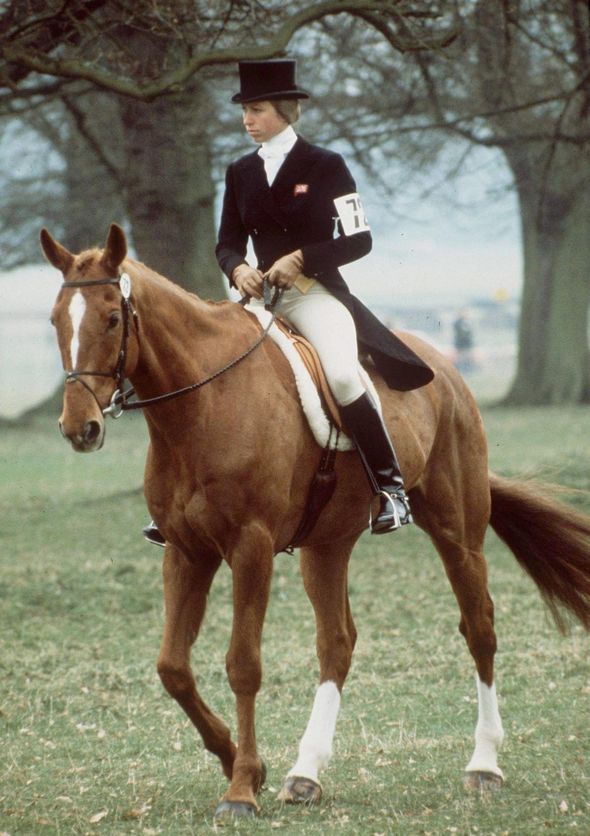 Mary Rose, a local potter, gives her a brightly painted egg cup as a memento. “Truly astonishing, thank you,” the princess tells her.

Both her visits have boosted morale and given her hosts something to remember for the rest of their lives, the objective of most routine Royal duties. Not that she ever seems to care too much what people think of her.

Anne spent much of her own childhood on the farm at Windsor Castle and has always been an outdoor, country girl at heart, even before moving to Gatcombe Park, the Grade II-listed manor house in 500 acres the Queen bought for her and Captain Mark Phillips, her first husband and father of her children, Peter and Zara, in 1973.

It remained her home after she became the first of the Queen’s children to divorce in 1992 and she now shares it with her second husband, Vice Admiral Sir Tim Laurence. From time to time there are rumours, as with all members of the Royal Family, that all is not well but friends say their marriage is solid. The last time someone claimed confidently they were set to split it transpired they were about to go off on a sailing holiday together.

She and Tim regularly play host to her four grandchildren at Gatcombe Park, where Peter’s daughters, Savannah, nine, and Isla, eight, and Zara’s girls, Mia, six, and two-year-old Lena, enjoy playing outside or horse riding. She talks occasionally about them but, unlike some Royals, appears uncomfortable saying too much.

When Savannah was born in December 2010, aides tried in vain for what must have been a couple of weeks to get her to tell the press the name of her first grandchild. It was only when a well-wisher outside a church asked her that she was persuaded to reveal the name.

The 300 charities of which the princess is patron feel the long-term effects of her support. Many charities with an HRH as patron on their letterheads will be lucky to see a member of the Royal Family from one year to the next. But Anne has devoted much of her life to her charities and visits some several times each year.

Gordon Campbell Gray, 70, is vice-president of Save the Children and got to know Princess Anne when he ran the charity’s projects in Bangladesh, Africa and Central America in his twenties.

He has long been impressed with her hands-on approach and admits that after 50 years with Save the Children she knows more about it than many of the younger staff and could teach some other Royals a lesson or two. “She is not flashy and she is not trying to get the kudos,” he says. “I think one or two in her category could learn from her.”

In an interview with Vanity Fair this year, she appeared to take a swipe at younger Royals who have largely eschewed traditional ribbon cutting and a life of hundreds of visits a year in favour of short, focused campaigns on issues of the day. 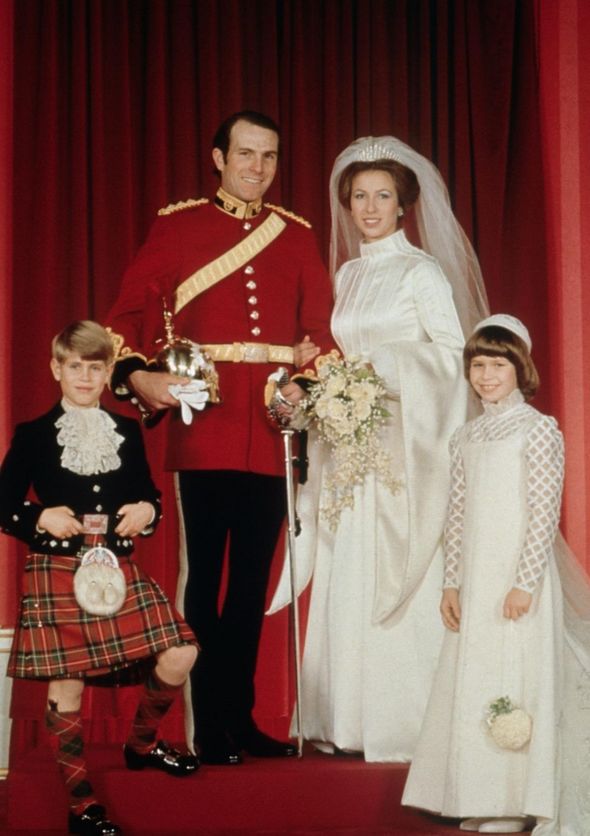 Describing herself as “the boring old fuddy-duddy at the back saying ‘don’t forget the basics’”, she cautioned the younger generation, including the Cambridges and Sussexes, not to reinvent the wheel.

Her traditionalist approach and quick wit certainly goes down well with her charities. Mr Campbell Gray says her work often goes unnoticed but she helps draw in donors

and raises millions for Save the Children – sometimes £700,000 in one night.

“At the end of the day, whatever can raise the money is what this is about,” he says. “She can come to these events and there is no publicity or coverage of them.

She does so much that is never recorded and other Royals maybe need to just wear a red dress and they’re on the front page. I have known her arrive at events where her security said she changed in the car.”

Inside the Royal household Princess Anne has a reputation for always being well briefed, not afraid to show her displeasure when things go wrong but is never one for histrionics, unlike Harry and Meghan, for example.

She writes her own speeches, keeps out of London and the backstairs intrigue inside “the Firm” as much as she can and always tries to return to Gatcombe Park in Minchinhampton at the end of the day if possible. 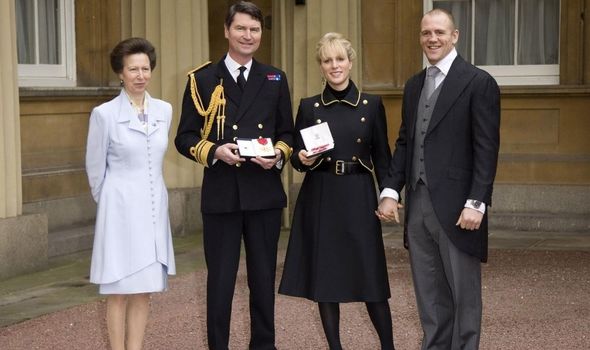 In her family she has often remained outside the fray. “I’ve always accepted the role of being second in everything from quite an early age,” she once said. “You start off in life very much a tail-end Charlie, at the end of the line.”

Her biographer, Brian Hoey, confirms her closeness to her father. “It’s a very exclusive mutual-admiration society,” he says. “Edward absolutely adores her. She is the big sister to him.”

And sources close to Charles echo Hoey in saying he always respects his sister, even if they disagree on things such as climate change and genetically modified crops. “It’s a mutual, muted affection with a great deal of respect on both sides,” he says.

At one point the biographer thought that on Charles becoming king, Anne could act as his de facto consort after he said he would never marry again following the death of Diana. Things have moved on since then and it’s likely he will ask her to continue working for “the Firm” when he accedes to the throne.

That will be a relief for Mr Campbell Gray. “Any suggestion that at her age a younger person should take over would be ridiculous,” he says. “She is irreplaceable really because of the dedication.”