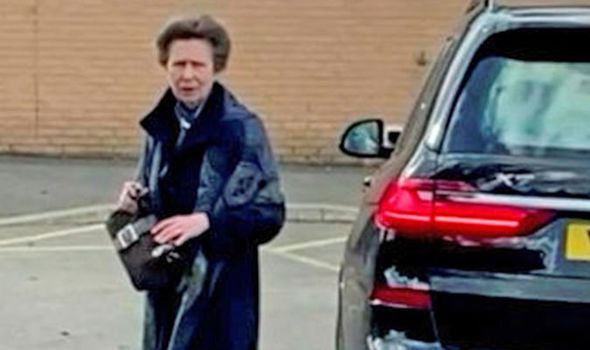 The 70-year-old royal visited Jack Berry House, a rehabilitation centre for injured jockeys, on the weekend. She arrived by helicopter, much to the awe of royal fans Emma Dodsworth and Lisa Watkins, who had just finished working in the area.

The pals said they first thought it might be Hollywood superstar Tom Cruise who had been filming the new Mission Impossible nearby.

But, after they spotted the burgundy helicopter bore the official royal symbol, Emma and Lisa followed it to its landing place at a sports centre near Jack Berry House in Malton, North Yorkshire.

In a video shared online, an excited Lisa is heard saying: “It’s such an honour to meet you… We have just come to wait for you, ma’am.”

To which, the royal says: “Oh, do get away” and laughs. 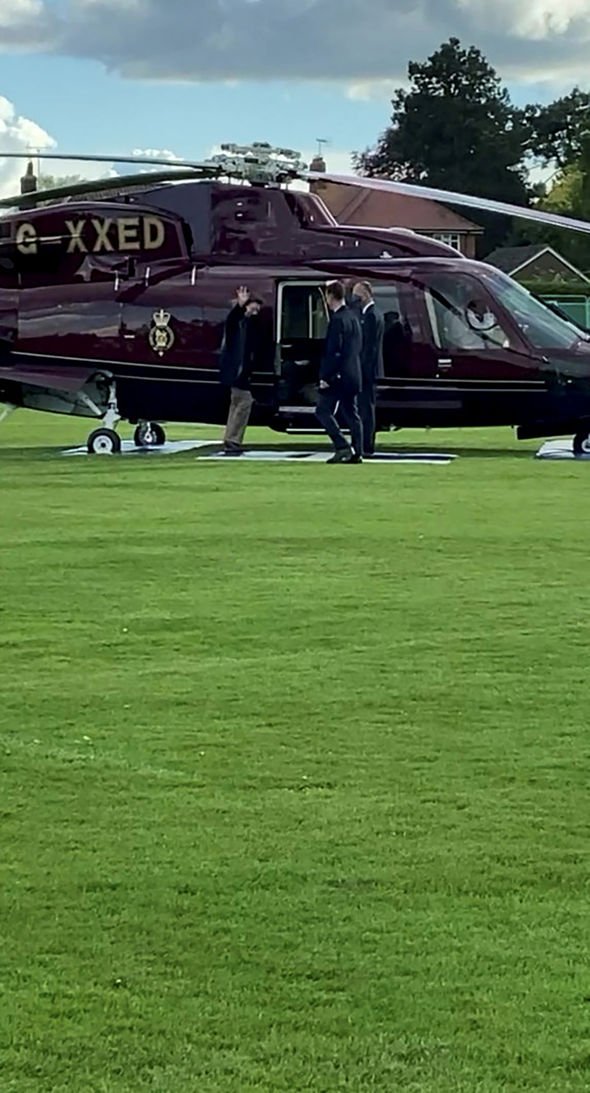 The Queen’s daughter was eventually ushered across the football field to the helicopter which was then filmed powering up and taking off.

Speaking after the chance encounter, Lisa said: “Emma and I, we adore the royal family so we couldn’t miss it. We pulled up and parked the car and ran to where the helicopter was landing but there was only the pilot.

“We then started to talk to some security guy and they wouldn’t tell us who it was but he eventually said someone would be arriving in 45 minutes.

“A four-by-four then pulled over with Princess Anne.

“As soon as she got out she asked if we were going to play football as I was wearing trainers and a sweatshirt.

”We told her we were there to see her and she said ‘do get away’.

“She had a cheeky grin and we laughed and I cried.

”She was so lovely. I have a reputation for banter so of course I would banter with Princess Anne.”

Co-worker Emma added: “We weren’t expecting it, I am a professional photographer and I have taken photos of Princess Anne before. She’s been absolutely lovely.

“We are Royal family addicts, so when we saw the helicopter I recognised the burgundy from last time.

”We were shaking and so excited. We have not stopped talking about it.”