Princess Anne visits yacht club on the Isle of Wight

Anne and her husband, Vice Admiral Sir Tim Laurence, attended two commemorative services in London on behalf of the Royal Family. They were among a reduced number attending the Anzac Day dawn service in central London. There the princess laid wreaths at both the Australian and New Zealand War Memorials, and signed a book of remembrance. 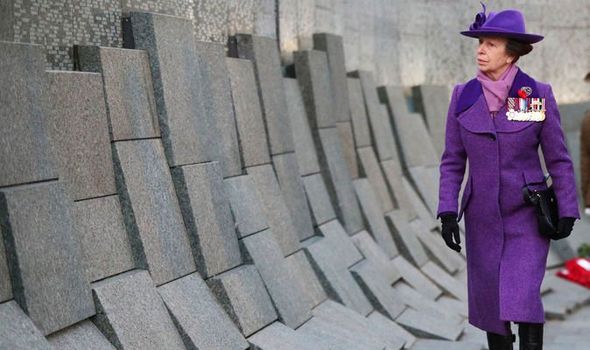 The couple then visited Westminster Abbey for a service of commemoration and thanksgiving.

Prince William, who was also present, said: “The Anzac qualities of endurance, courage, ingenuity, good humour and mateship are admired as fiercely as ever before.”

Thousands of Australian and New Zealand troops died in the ill-fated 1915 Gallipoli campaign.

Allied forces launched an amphibious attack on the strategically important Turkish peninsula which was key to controlling the route to the Black Sea and Russia.

But the plan, backed by Winston Churchill, who was then first lord of the admiralty, led to stalemate and withdrawal eight months later.