Princess Beatrice and Princess Eugenie, the daughters of Prince Andrew and Sarah Ferguson, share a special bond together, that distinguishes them from other senior members of the Royal Family. Unlike other mothers such as Kate, Princess of Wales or Sophie, the Countess of Wessex, the sisters have traditional jobs alongside their royal duties, which they have to combine with parenting, just like their spouses.

Eugenie, 32, has a full-time job at Hauser and Wirth, an art venue showcasing both emerging and established artists plus modern art from around the world, according to Hello magazine.

The Princess is raising her one-year-old son, August Philip Hawke Brooksbank, who she has with her husband, Jack Brooksbank.

Princess Beatrice has worked for tech company Afiniti as Vice President of Partnerships and Strategy since 2016.

She was previously an associate at investment firm Sandbridge Capital and prior to that, had a role as an intermediate co-ordinating producer at Sony Pictures Entertainment. 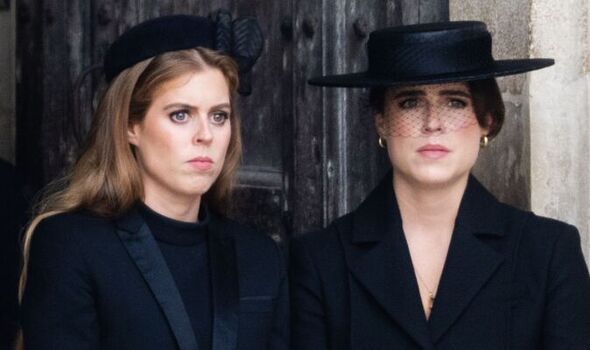 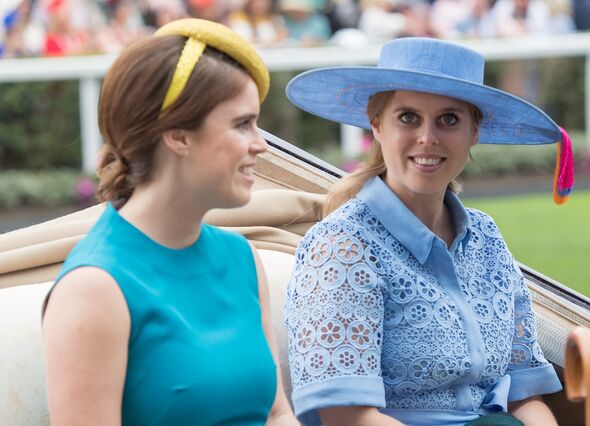 A few days after Queen Elizabeth II’s death, Princesses Beatrice and Eugenie paid a moving, heartfelt tribute. Addressing Her Late Majesty, it said: “Goodbye dear Grannie, it has been the honour of our lives to have been your granddaughters.”

The sisters, in a written message released as they prepared to mount a vigil around the late monarch’s coffin, thanked their grandmother for “making us laugh, for including us, for picking heather and raspberries, for marching soldiers, for our teas, for comfort, for joy”.

Beatrice and Eugenie said they missed the Queen terribly and thanked her for being “the loving hand on our backs leading us through this world”, adding: “We, like many, thought you’d be here forever.”

The princesses – the daughters of the Duke of York and Sarah, Duchess of York – shared the grief they have felt since the death of the Queen at Balmoral nine days ago. 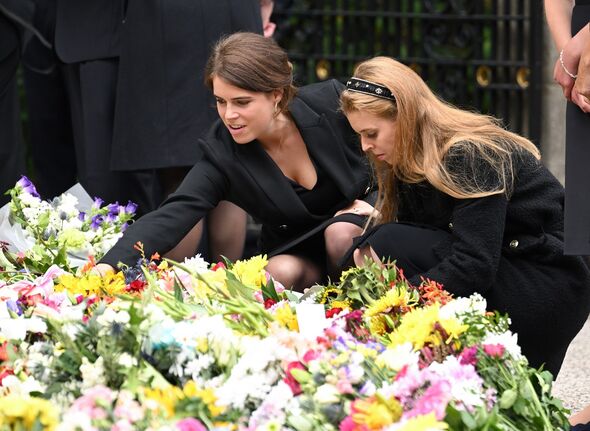 They said: “Our dearest Grannie, We’ve not been able to put much into words since you left us all.

“There have been tears and laughter, silences and chatter, hugs and loneliness, and a collective loss for you, our beloved Queen and our beloved Grannie.

“We, like many, thought you’d be here forever. And we all miss you terribly.

“You were our matriarch, our guide, our loving hand on our backs leading us through this world. You taught us so much and we will cherish those lessons and memories forever.”

Like the Queen’s other grandchildren, the princesses shared happy summers with the late monarch in the Scottish Highlands as the royals gathered each year on the Balmoral estate.

They added, in a nod to the Queen’s modesty: “You, being you, will never know the impact you have had on our family and so many people around the world.” 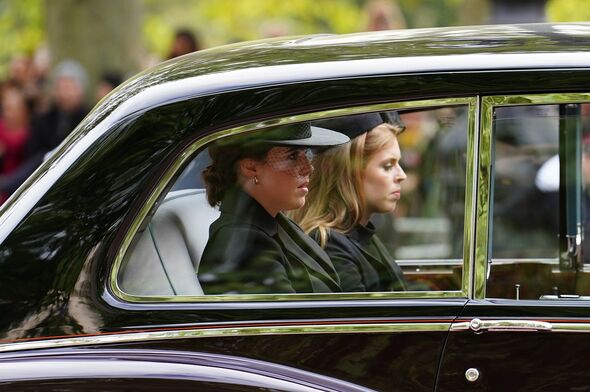 Beatrice and Eugenie spoke of the Queen being reunited with her husband of 73 years the Duke of Edinburgh who died just 17 months ago.

“We’re so happy you’re back with Grandpa. Goodbye dear Grannie, it has been the honour of our lives to have been your granddaughters and we’re so very proud of you,” they said.

They also hailed their “dear Uncle Charles” in his new role as monarch.

“We know that dear Uncle Charles, the King, will continue to lead in your example as he too has dedicated his life to service. God save the King,” the sisters said.

The princesses ended their message to the Queen with the words: “With our love, Beatrice and Eugenie.”