Princess Beatrice, 31, and Edoardo Mapelli Mozzi, 37, will tie the knot in the Chapel Royal of St James’s Palace in London on Friday, May 29. Questions have been raised about how much of a role her father, Prince Andrew, will play, as he retreats further from the public eye amid the ongoing controversy around his connections to the late convicted sex offender, Jeffrey Epstein.

Prince Andrew has already reportedly kept his distance from wedding planning in an attempt to spare his daughter any embarrassment.

In December, Bea and Edo – as they are known to friends – threw an engagement party at London’s Chiltern Firehouse, which served as a preview to the big day.

In attendance were the likes of Ellie Goulding, Robert De Niro, and Pippa Middleton.

One notable absentee, however, was Prince Andrew, who allegedly skipped the party so as not to draw attention away from the couple and cause embarrassment. 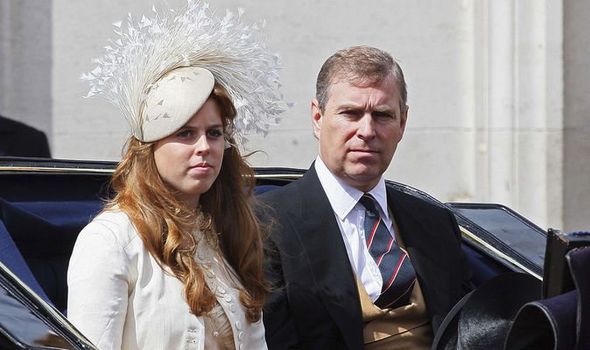 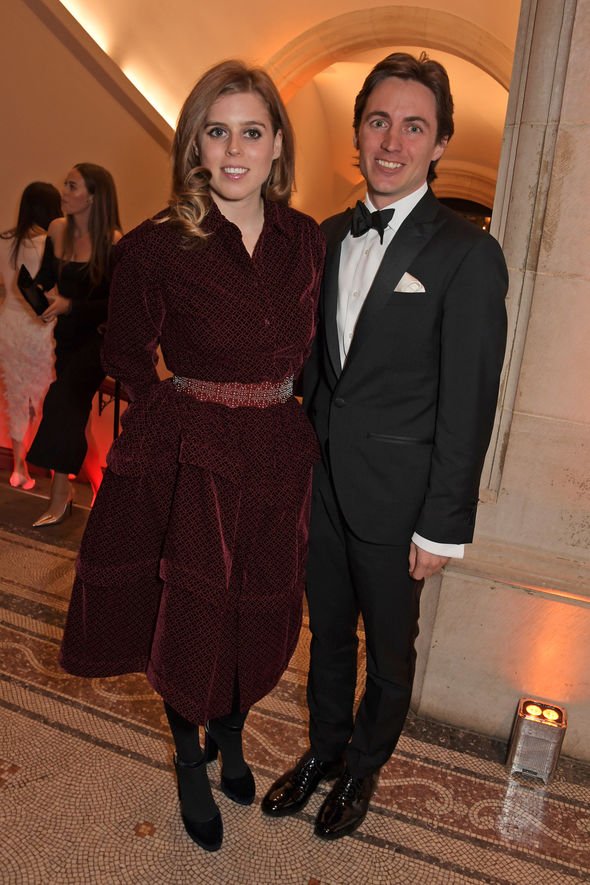 When it comes to the actual day, however, it seems increasingly likely he will play a role.

Royal author and expert Marlene Koenig told Express.co.uk: “Of course, her father will have a role. “

She said the Duke was likely to play a “prominent role in the ceremony”.

Ms Koenig said: “He is the one who will walk her down the aisle and give her away in marriage. 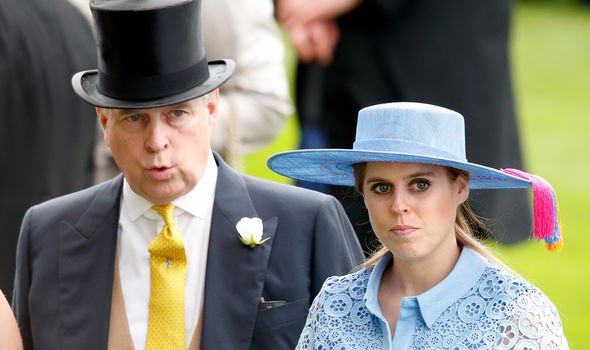 “He also gets to pay for a good percentage of the wedding costs, including, of course, the bride’s gown.”

Other reports stated the Duke could even make a speech at the reception.

A source told People: “Andrew will probably give a toast at the reception like any father of the bride.

“They will try to normalise this as much as possible.”

DON’T MISS:
Is Prince Harry’s hair loss due to stress? Royal to go completely bald [INSIGHT]
Royal SPLIT: Which royals have had the shortest marriages? RANKED [ANALYSIS]
Meghan Markle says she is a ‘sucker’ for Valentine’s Day  {VIDEO]

While Prince Andrew will have a major role in his daughter’s wedding, it’s worth noting the general public won’t see much of it.

Ms Koenig said: “[The chapel] is a venue that is completely private as there is no public access.”

She added: “Unlike her sister’s wedding, Beatrice’s wedding will not be televised but it is expected that photos of the arrivals and departures, as well as the official photos, will be released to the press.”

Beatrice’s younger sister, Princess Eugenie, got married in 2018, and had the whole pomp and ceremony of a royal wedding. 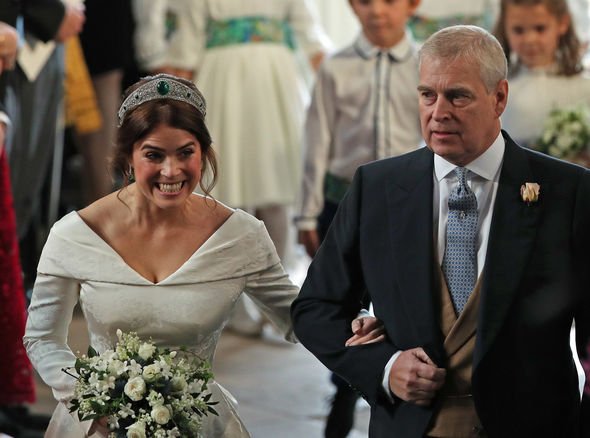 This wedding, however, is expected to be more private.

The wedding will be smaller than the couple originally intended, and they won’t follow the tradition of a carriage processional.

Ms Koenig said the Princess will have a “very private, intimate wedding” at a venue which only “holds about 100 to 150 people”, modest by royal wedding standards.

The wedding reception will be hosted by the Queen in the gardens of Buckingham Palace.