Beatrice became engaged to Eduardo Mapelli Mozzi, a property tycoon and longtime friend, last September. She allegedly began dating her future husband — affectionately known as Edo — around her younger sister Eugenie’s wedding, back in 2018. Royal spheres were then saddened when Beatrice and Edo had to postpone their nuptials, due to take place on May 29, because of the pandemic.

In a surprising turn of events, Buckingham Palace have confirmed that the lovestruck couple decided to marry in secret at a scaled-down Covid-secure wedding this morning.

Just 20 guests attended in a stark contrast to the lavish ceremonies royals are accustomed to, including the Queen, Prince Philip and Prince Andrew.

The Royal Family will have been delighted to see their daughter — who was “unlucky in love” for a brief period — happily married.

When her younger sister Eugenie announced she was marrying Jack Brooksbank in 2018, the timing was particularly difficult for Beatrice. 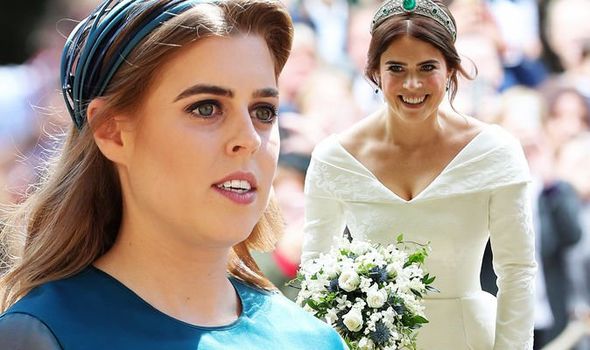 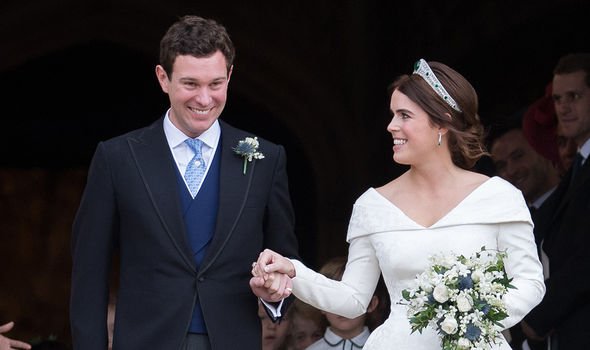 Writing at the time in The Telegraph royal correspondent Camilla Tominey explained: “While genuinely over-the-moon for the sister she ‘adores’ the ringing of wedding bells came after Beatrice broke up with her long-term boyfriend Dave Clark in 2016.”

Beatrice had moved to New York in 2015 to be with her then boyfriend, but they soon broke up, allegedly after the young royal gave Mr Clarke an ultimatum over marriage.

Ms Tominey continued: “They had been together for 10 years and the Uber executive married glamorous fellow American Lynn Davidson in a star-studded wedding less than two years after the break-up.” 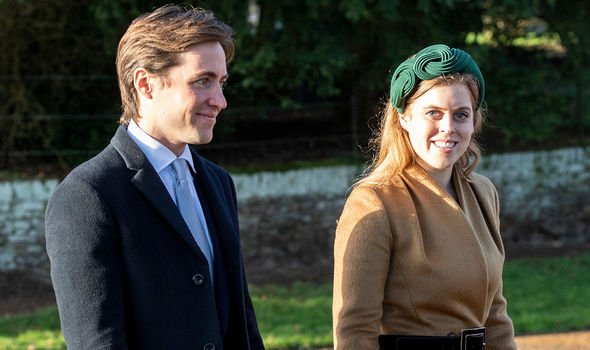 A friend said: “Beatrice is very family oriented and found moving to New York quite difficult.

“She thought she would be the one settling down, but she is genuinely happy for her sister.

“She is a very caring girl and can get quite emotional but she’s also very much a get on with it type of girl.” 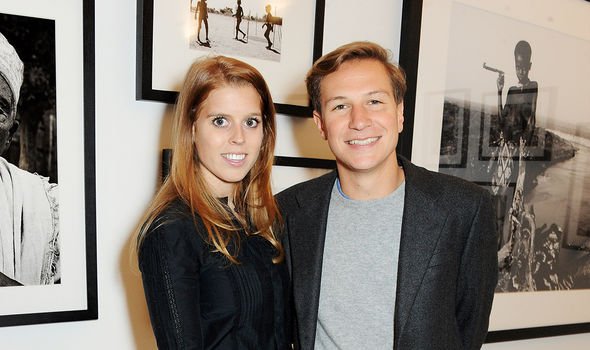 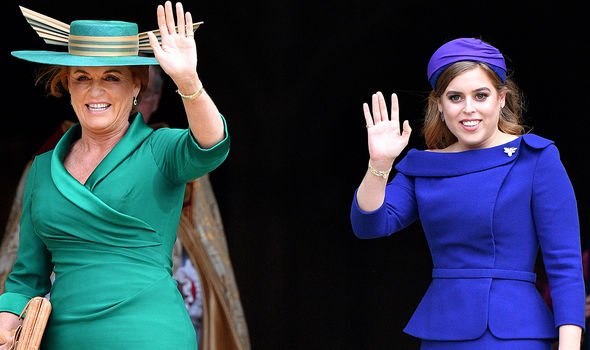 The two have always been close and shared a flat at St James’ Palace for a decade.

As Ms Tominey points out, “it is perhaps unsurprising that Beatrice has found Eugneie’s engagement to Jack Brooksbank ‘a little difficult’”.

Beatrice was also Eugenie’s maid of honour, and told Vogue in October 2018: “Euge is amazing.

However, this is not the first time the York sisters had conflicted feelings due to a royal wedding.

Their appearance at Prince William and Kate Middleton’s lavish wedding in 2011 led to a wave of negative press based on their outfits, and comparisons to the ugly sisters in Cinderella. 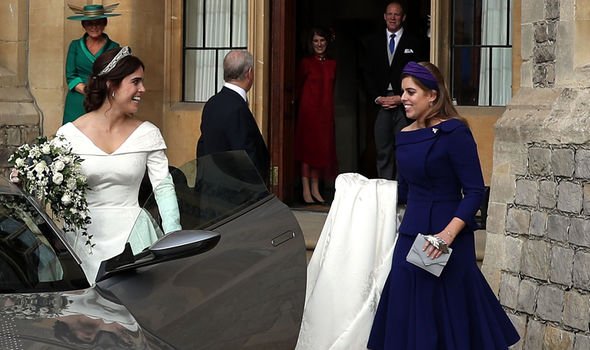 “She had a bit of a wobble and cried. And then about an hour later, I had a wobble and I started crying and Bea was there for me.”

However, Beatrice showed her sense of humour by selling her hat from the wedding online, and donating the funds to charity.

Although her wedding today was significantly smaller than both her cousins’ or her sister’s, royal insiders said there may have been a very specific reason.

Sources told The Sun today: “[Beatrice and Edo] were obviously very keen for the Queen to come so the wedding had to happen before she goes up to Balmoral so this was a great opportunity.

“So many guests were disappointed not to make the big day but understood the reason for it.”