As the Cambridge kids begin a “brand new life” in Windsor, including starting at a different school, Prince William and Kate are planning to make this year’s holiday as normal as possible for their kids – Prince George, eight, Princess Charlotte, seven, and Prince Louis, four. Change is never easy, hence the duke and duchess want to provide the three youngsters with a “sense of normality”, royal expert Katie Nicholl said.

With William and Kate reportedly moving their family of five into Adelaide Cottage on the Queen’s 665-acre estate in Windsor Home Park, their children’s day-to-day might be about to be drastically transformed.

Commenting on the Cambridges’ plans to enjoy a staycation in Norfolk in July and August, Ms Nicholl said: “Even though their brand new life in Windsor is about to begin, their summers on the coast will provide a sense of normality.”

Speaking to OK!, she added: “The Cambridge family will be experiencing a significant amount of changes in the coming weeks; as well as moving to Windsor, George, Charlotte and Louis are all set to enrol at brand new schools, which is understandably a daunting concept.” 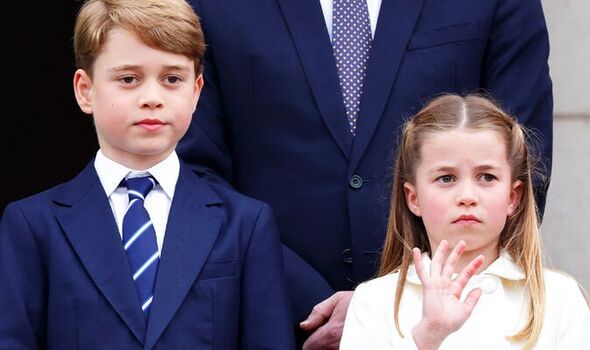 A shy George was first walked through the gates of Thomas’s Battersea by his father William in September 2017.

The photos of him on his first day, smartly dressed in his new uniform, a navy v-neck pullover, matching Bermuda-style shorts, long red socks and black shoes, will forever be stuck in royal fans’ memories.

Last Friday, as pupils headed off to enjoy their time off, could have been the last time Prince George shared a classroom with the students he met when he was four.

This was reportedly the case for Charlotte, who attended the same south London school, too. 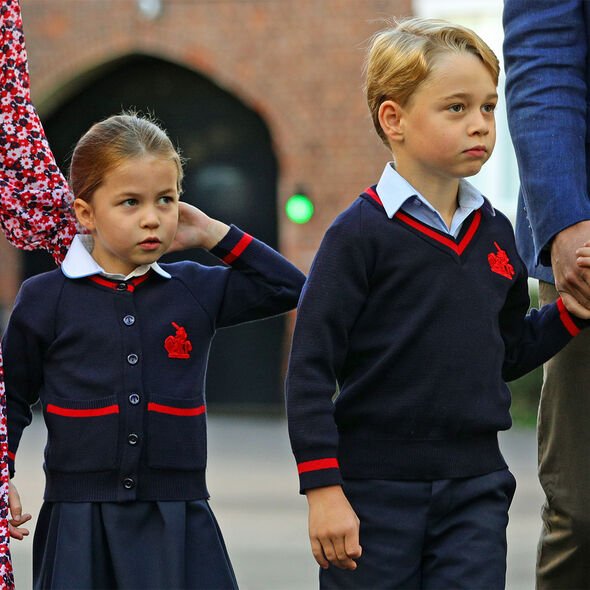 According to the Daily Mail, the front-runner in the race to look after the kids’ education is Lambrook, near Ascot.

The outlet said the duke and duchess, both 40, have been seen visiting the £7,000-a-term school, near Ascot, “multiple times” – with William chatting to one pupil about Latin classes.

Described as a “pretty bucolic” centre, it has a golf course and a pig farm on site and, as it caters for boys and girls, all three children could attend it.

Many of its alumni eventually head off to Eton College, which Prince William and his brother Harry attended when they were young boys. 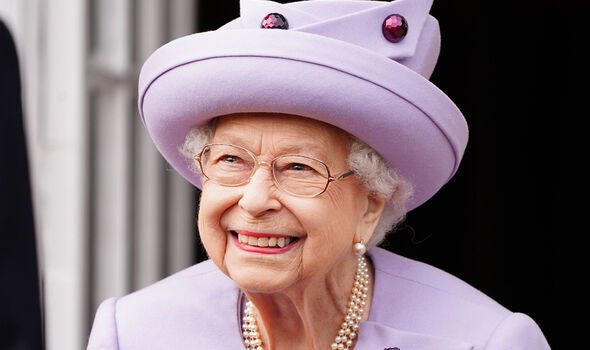 The family’s decision to move to Windsor is understood to have been made with the Queen in mind. reduced distance to the Queen’s newly-permanent residence, Windsor Castle.

It was announced in March that the Monarch, after two years of living in Berkshire, had no plans to return to Buckingham Palace.

Since leaving London to isolate with the late Duke of Edinburgh at the start of the coronavirus pandemic, it is understood Her Majesty has come to enjoy living at what had previously only been her weekend home, as well as her residence for Easter and Royal Ascot week every June.

For most of her 70-year-long reign, the Sovereign has described conducting business from Buckingham Palace as necessary for the smooth running of affairs. It was also seen as a symbolic matter.

However, after successfully “working from home” at Windsor throughout Covid, it has been proven her engagements, which are at this point mostly virtual, can be carried out from Berkshire.

Being in Windsor also means the Queen is close to the Duke of York, who lives at Royal Lodge on the Windsor estate, and the Earl and Countess of Wessex, who are based nearby at Bagshot Park, Surrey.

While it is known the Prince of Wales also visits the Queen regularly at the castle, the reported move of the Duke and Duchess of Cambridge with George, Charlotte and Louis would allow for them all to spend more time with the beloved Monarch, who turned 96 in April and celebrated her Platinum Jubilee last month.