The Princess visited the Games on Tuesday with her parents, Prince William and Kate Middleton. During the visit, she revealed her hobbies to Tim Lawler, the chief executive of SportsAid. Although all of the Cambridges are avid sports fans, Princess Charlotte has a unique love for gymnastics sets her apart from the rest of her family.

Mr Lawler said: “She really, really loved seeing the swimming, but she’s interested in the gymnastics.

“While they’re trying lots of different sports at home, when I asked her about sport she answered very easily and said ‘It’s gymnastics that I like’.”

Delighted fans took to Twitter after the Princess announced her favourite sport, announcing how excited they were for the young royal.

@judithin77 said: “I love that Princess Charlotte loves gymnastics. Back in the dark ages it was one of my favourites too. Riding, swimming and running followed closely behind.”

@royallybrittany added: “Princess Charlotte said that gymnastics was her favourite sport and my eight-year-old daughter smiled so big and said ‘Mommy she is just like me I love gymnastics too!'”

Others raved about how happy Princess Charlotte looked as she watched he favourite sport with the Duke and Duchess of Cambridge at the Commonwealth Games.

@royallybelle_ said: “Look how excited Princess Charlotte is watching the gymnastics! Love how her parents are smiling at her.” 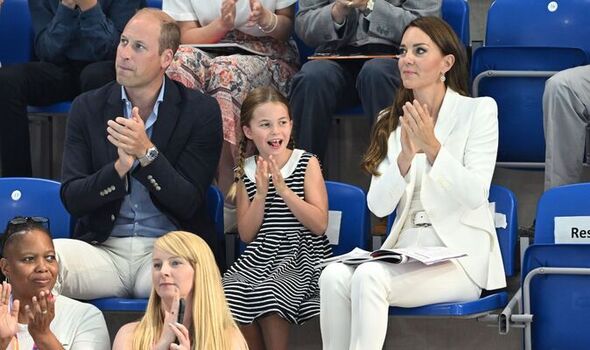 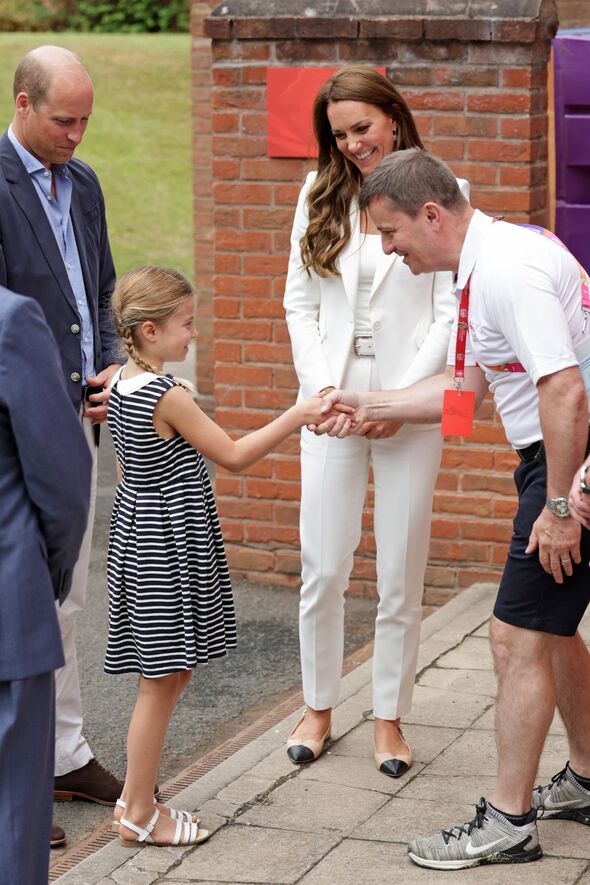 After Princess Charlotte revealed her hobby, Kate added: “Charlotte spends most of her time upside-down, doing handstands and cartwheels.”

Her father confirmed that she did “cartwheels” around the house.

The Princess’ hobby comes as a surprise – her sport-loving mother Kate Middleton has never expressed an interest in gymnastics, while her father and brothers would likely be more interested in football or rugby.

Previously, Kate Middleton has been seen playing tennis with the three younger Cambridges and Prince William has mentioned his daughter’s love for football in the past.

The two even recorded a good luck message to the Lionesses on Sunday, before the team won the Euro 2022 final. 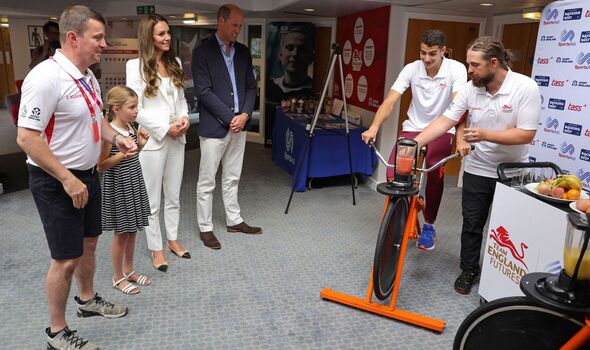 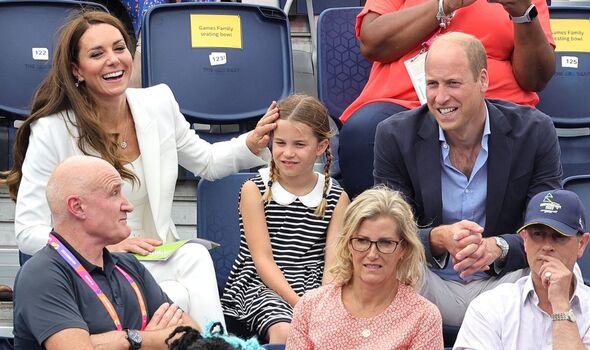 However, this is the first time Princess Charlotte has opened up about her passion for gymnastics.

The Queen, however, has previously chatted with Olympian Tom Daley about the sport, prompting speculation that maybe the young Princess picked up the interest from her great-grandmother.

On the Swedish chat show Skavlan, Mr Daley said: “[The Queen] commented on her height compared to some of the other athletes in the room and because me and the other athletes were quite small, she said, ‘Maybe I should try gymnastics’.”

He added: “She was fully game to get involved in the sport.”

Princess Charlotte didn’t let on if she practised gymnastics herself, or simply enjoyed watching the other athletes. 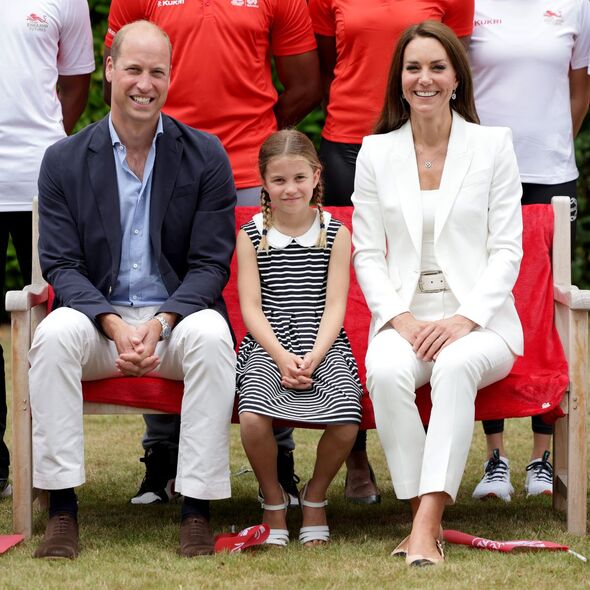 Princess Charlotte and her parents were in Birmingham to watch the Commonwealth Games, during the outing the group met young athletes and staff from SportsAid House, of which Kate is a patron.

Princess Charlotte could be seen shaking hands with one of her fellow athletes.

The Duke and Duchess of Cambridge and Princess Charlotte also watched a field hockey match between India and England at the Commonwealth Games as well as the swimming heats at Sandwell Aquatics Centre.