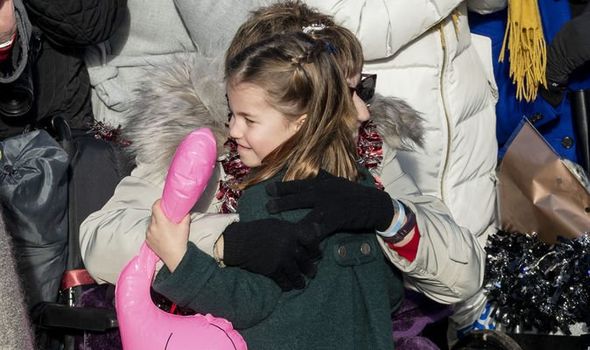 On the way back from the church service the royal children, who are third and fourth in line to the throne, delighted the 2,000-strong crowd by hugging well-wishers. They also accepted a gift and chatting to them with their parents. In an outfit colour co-ordinated with her mother’s, Charlotte charmed onlookers when she attempted a curtsey for the Queen.

Apart from one-year-old Prince Louis, who remained at home with staff, the one notable royal absence was Prince Andrew who stayed away from the 11am service, choosing to remain with his father
Prince Philip.

The 98-year-old Duke left hospital in London on Christmas Eve after four days of treatment for an undisclosed condition.

When the Duke of York stepped back from public duties amid a public backlash over his friendship with the billionaire paedophile Jeffrey Epstein, Palace officials said Andrew would be at the Christmas Day service.

But instead, he went to a private 9am service yesterday before the public were allowed near the church. 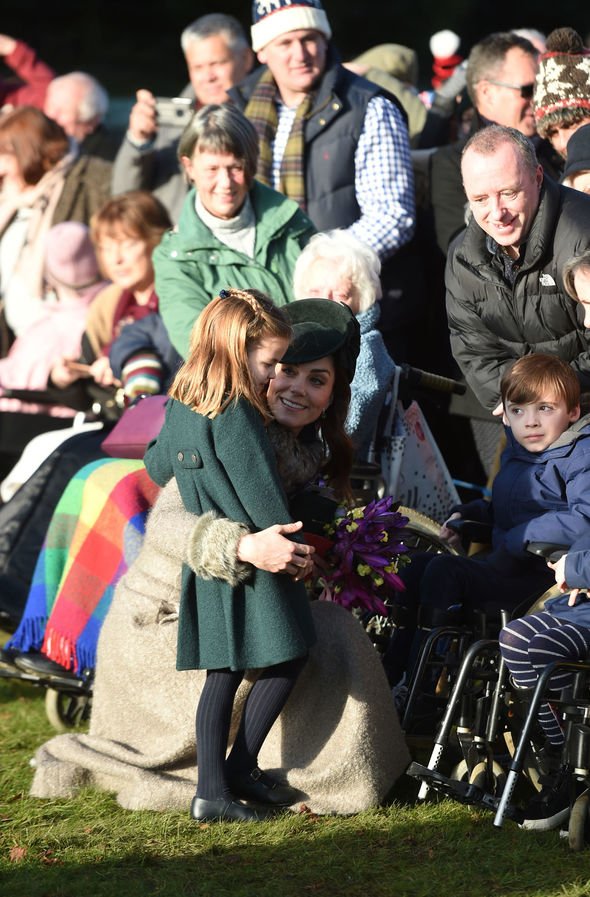 Andrew walked alongside his brother Prince Charles, who joined with the Queen to force him to stand down last month.

His absence later ensured the focus was firmly on George and Charlotte, who were on their best behaviour.

There was one slight hiccup when Charlotte proved reluctant to accept help from an aide offering to take flowers off her so that she could be given more presents by well-wishers.

The little Princess grimaced and refused to hand them over.

In the bright winter sunshine, she and George made the day of one fan, Gemma Clark, who got a hug from both children.

Gemma, 39, who has cerebral palsy and was in a wheelchair, had travelled from Long Sutton in Lincolnshire with her family. 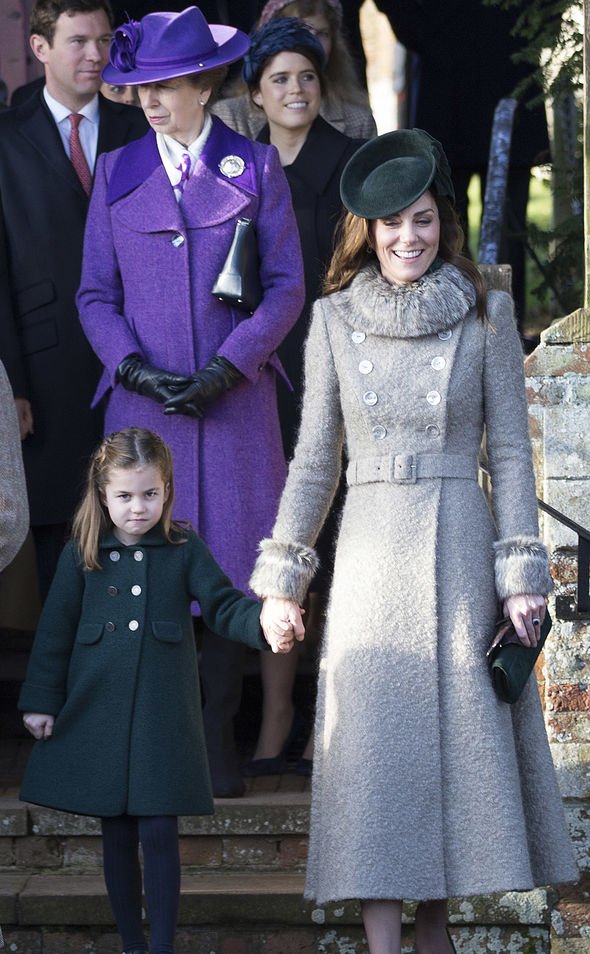 She said: “It was amazing. I’ve been waiting for this day for a long time. I’ve never seen the Royal Family before.”

She gave Kate some roses and Charlotte an inflatable flamingo and said she seemed pleased with the gift.

Gemma, adding that the flamingo was called Felicity, said: “She said thank you. But Charlotte may call it whatever she likes now.”

The Queen, in a red coat, was driven to and from church in a maroon Bentley, accompanied by the Duchess of Cornwall on the way down while Prince Charles walked with the Cambridges.

The 93-year-old monarch was accompanied by the Countess of Wessex in the car on the way back to Sandringham House.