The Earl was forced to make the decision after the auction house, Nick Holt of Holts Auctioneers near Sandringham, pinned the blame on the Netflix TV hit The Crown over speculation Princess Diana used the .410 gun, described as “a first gun for a boy or young girl”. On the controversial show, Princess Diana was depicted impressing her future father-in-law Prince Philip as she was shown to advise him on how to shoot a stag during their first meeting at Balmoral.

But Earl Spencer refutes claims the shotgun was used by his younger sister after FieldsportsChannel.tv suggested it was Diana’s, according to The Times.

The gun, made in 1937, is believed to belong to Earl Spencer’s aunt, Lady Anne Wake-Walker, who died at the age of 99 this year.

Earl Spencer has in recent weeks repeatedly hit out at the show, amid concerns viewers take the show as a matter-of-fact portrayal. 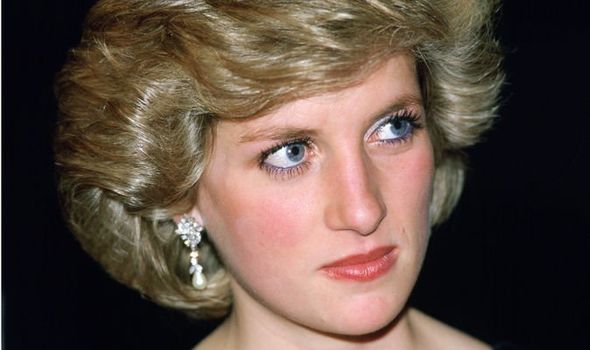 He recently called on Netflix to introduce a “health warning” for its Royal Family-inspired hit show the Crown as he threw his support behind calls for the controversial programme to have a warning for viewers.

During an appearance on ITV’s Lorraine: “I think it would help The Crown an enormous amount if – at the beginning of each episode – it stated that: ‘This isn’t true, but it is based around some real events’.

“Then, everyone would understand it’s drama for drama’s sake.

“Obviously Netflix wants to make a lot of money and that’s why people are in the business of making these things.

“I worry people do think that this is gospel, and that’s unfair.”

In a separate interview with Alan Titchmarsh on the ITV show Love Your Weekend, the Earl said he was keen to defend his late sister’s memory.

He said: “I feel it is my duty to stand up for her when I can. She left me for instance as guardian of her sons etc, so I feel there was a trust passed on.

“And we grew up together, you know if you grow up with somebody they are still that person, it doesn’t matter what happens to them later.

“So yeah, I feel very passionately that I have a role to honour her memory.”

He also revealed how the show’s producers approached him to film at Althorn estate, where he and Diana grew up.

The Earl said: “Actually, The Crown asked if they could film at Althorp and I said obviously not.

“The worry for me is that people see a program like that and they forget that it is fiction.

“They assume, especially foreigners, I find Americans tell me they have watched The Crown as if they have taken a history lesson. Well, they haven’t.”

His comments came after Lord Spencer launched an attack on the BBC, warning they have “very, very serious questions to answer” following claims journalist Martin Bashir had used unethical techniques to secure his bombshell Panorama interview with the late princess.

The BBC Board this month authorised the appointment of Lord Dyson to conduct an independent inquiry into the controversial interview.