Meghan has already voiced a documentary about elephants for Disney+ and Harry is working on a film investigating mental health with Oprah Winfrey. Now she and Harry live close to Hollywood, critics are expecting Meghan, a former actor, to return to her roots. Hollywood director Paul Feig even claimed this month that other filmmakers will be “scrambling” to work with the Duchess of Sussex, which could see Meghan claiming more than £38million for her first appearance back on the screen.

However, Meghan’s experience mainly lies with the TV series Suits, where she had a main role for seven years before quitting to join the Royal Family, rather than the big screen.

Still, Meghan has also been given the seal of approval by the Intellectual Property Office in London to trademark her planned charitable venture with Harry, Archewell, for “television shows” and “motion picture films”.

Interestingly, they are not the first two royals to consider heading to the big screen after leaving the Firm’s inner circle.

Harry will be commemorating the anniversary of his mother’s death next week along with Meghan and his son Archie. 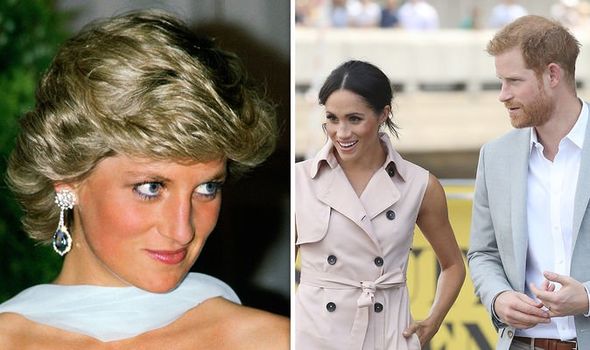 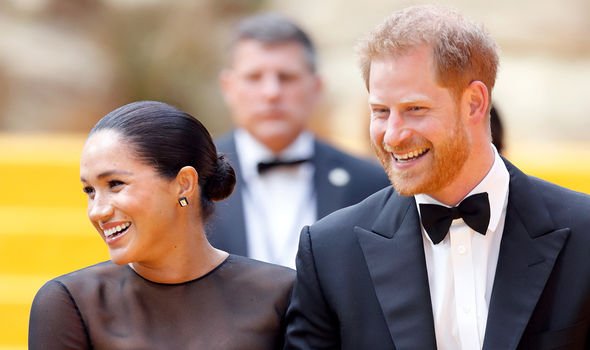 Diana died tragically after being involved in a car accident in August 1997, just more than a year after she finalised her divorce from Prince Charles.

Her death was especially sad to many royal fans as she had just started to come into her own at the time, and was looking to expand her charity work.

Her focus on landmines in Angola still inspires Harry today.

But Diana’s vision for the future reached into many other avenues too. 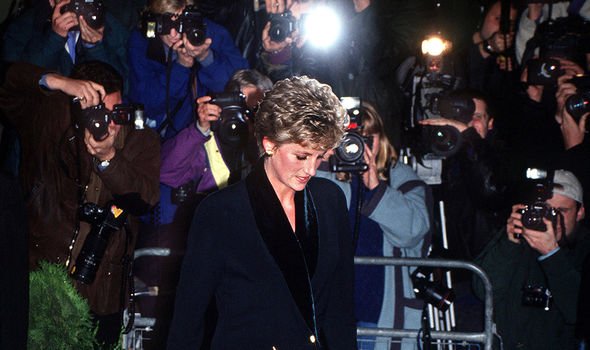 In his 2007 biography, ‘Charles — the man who will be King’, royal expert Howard Hodgson explained: “She was hopeful that Tony Blair would find an ambassadorial role for her that would surely keep her face on the front pages for years to come.

“And if he didn’t, she had other ideas of self-publicity that could act as plan B.”

He continued: “She had been in negotiation for nearly a year with American screen actor Kevin Costner who wanted her to play herself in a sequel to The Bodyguard.

“She had accepted 30 pages of script written especially for her, and had even dined with the studio bosses at Warner Brothers.”

Mr Hodgson added that although some suspected that Mr Costner had “exaggerated” her part for publicity, close friends of Diana have since confirmed that this was true. 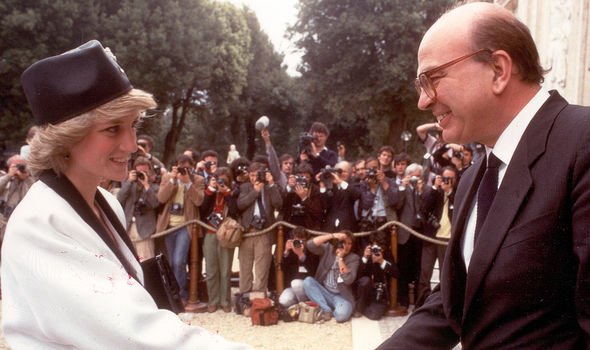 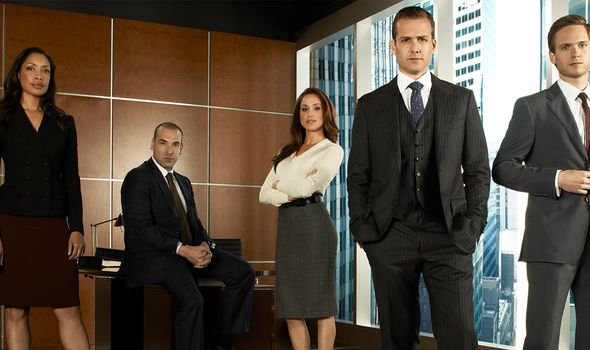 However, he believed that she did not finalise this deal because she did not want to “ruin her chance of becoming an ambassador”.

The royal biography claimed: “She vacillated and signed up to nothing, extremely conscious that she mustn’t upset the Royal Family even though, given her addiction to celebrity, she must have been seriously tempted to take the film role.”

Diana also considered lining up an autobiography with publishers Random House which detailed her charity work, but had abstained from signing contracts about that either.

On top of that, the princess wanted to join Richard Mazzucchelli in a new venture which would sell clothes and jewellery under the name of ‘House of Diana’ on shopping channels.

Mr Hodgson clarified that in any of these events, she would have given her share of the proceeds to charity. 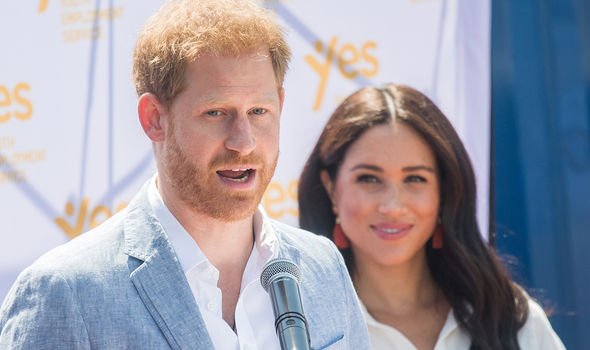 Her divorce settlement with Charles meant she could not earn money for her own personal gain.

This is where a huge difference between Diana and the Sussexes emerges.

Meghan and Harry are seeking to be financially independent of the Royal Family by next March, and have now bought a house with a large mortgage.

They will be looking to support their own lavish lifestyles in their expensive new neighbourhood of Santa Barbara while being able to jet around the world for their chosen causes.

Diana received a lump sum settlement of £17million when splitting officially from Charles, and an additional £400,000.