Princess Diana’s father, Edward John ⁠— or Johnnie ⁠— Spencer, the 8th Earl Spencer, married Raine McCorquodale in July 1976, making her the then-15-year-old Diana’s stepmother. The Earl had divorced Diana’s mother, Frances Shand Kydd, shortly before the marriage, in what was, by all accounts, a nasty split. Now, a new book details the difficult relationship than ensued between Raine and her stepchildren – Diana and her four siblings.

The “extraordinary life and times of Raine Spencer” – who died in 2016 aged 87 – has now been detailed in a book by author and journalist Tina Gaudoin, Three Times a Countess. It looks, in part, at the fractious relationship shared with the Spencer children.

According to Ms Gaudoin, matters between them did not get off on the right foot. She writes that when Diana found out that her father was to marry Raine, who was then Lady Dartmouth, she “slapped” him.

So hated was Raine by the Spencer children that they gave her the nickname “acid Raine” when they were teenagers, Ms Gaudoin says. They would also loudly sing “Raine, Raine, go away” in earshot of their stepmother. Not only this, but they even refused to make eye contact with her, Ms Gaudoin wrote.

Elaborating on the relationship in a 2017 Chanel 4 documentary, royal biographer Ingrid Seward said: “All the Spencer children behaved very badly to Raine, it wasn’t just Diana. They were purposely ganging up on her.”

Then, in 1978, Earl Spencer suffered a stroke and went into a coma. Diana was around 17 years old, the year after she met her future husband, the then Prince Charles. 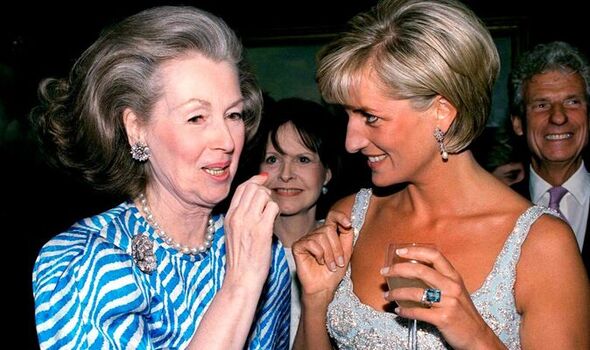 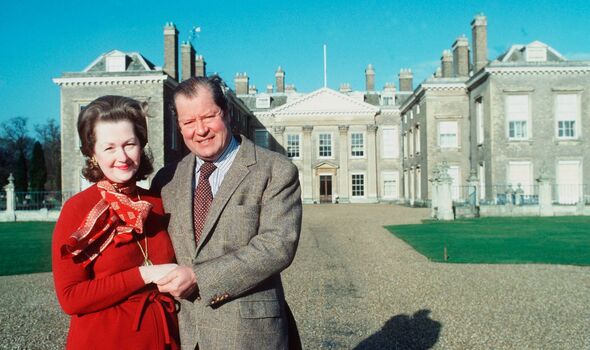 It has been alleged that, during that time, Diana’s stepmother refused to let Diana and her siblings visit the hospital, instead stating that she should be the only one to take care of Earl Spencer.

Biographer Penny Junor, speaking on the Channel 4 documentary, said: “She set up a vigil at his bedside and she was there day and night but she was very territorial about him, she was fighting for his life. She felt that he did not need to have his children there.”

Earl Spencer then recovered and his and Diana’s relationship blossomed with him giving her away at St Paul’s Cathedral when she wed Charles three years later.

However, in 1989 a big falling out is said to have taken place between Raine and Diana, who was then 27 years old. According to the Channel 4 documentary, entitled Diana’s Wicked Stepmother, Diana pushed Raine down some stairs in a fit of rage leaving her stepmother badly bruised. 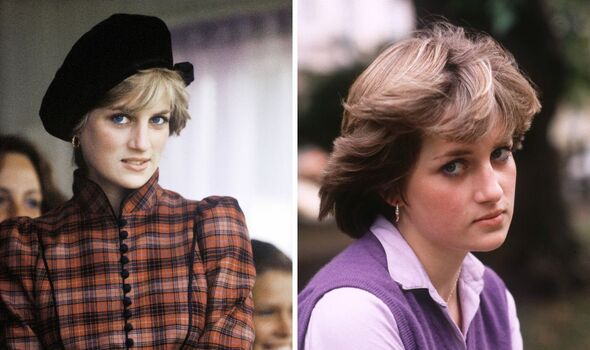 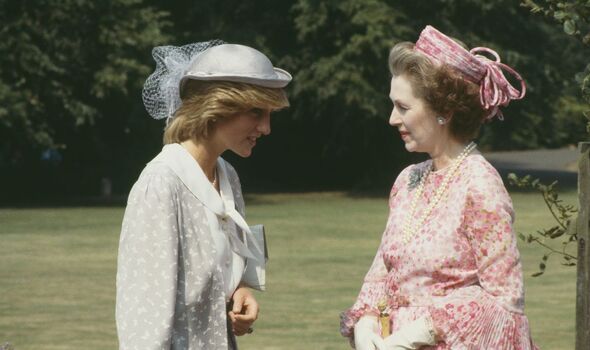 Raine’s personal assistant, Sue Howe, told the documentary how Diana grew angry with her stepmother as she felt she was not paying enough attention to her mother, Frances Shand Kydd, during Charles Spencer’s wedding at Althorp House.

Ms Howe said: “[Raine] was badly bruised and dreadfully upset. It was not justified at all, it was a cruel heartless thing to do and I think it was Diana’s perception of how Raine was treating Mrs Shand Kidd. I think Diana was very stressed. This sounds really wrong but she wasn’t centre of attention on this occasion.”

Royal biographer, Ingrid Seward, also recounted a similar tale: “She had a furious row with Raine because Diana was so upset that her own mother had been ignored in the ancestral home. She pushed her and Raine fell down the stairs.”

Althorp, a 500-year-old Grade I listed building, is nestled in West Northamptonshire and is both where Diana grew up and where she is now buried. 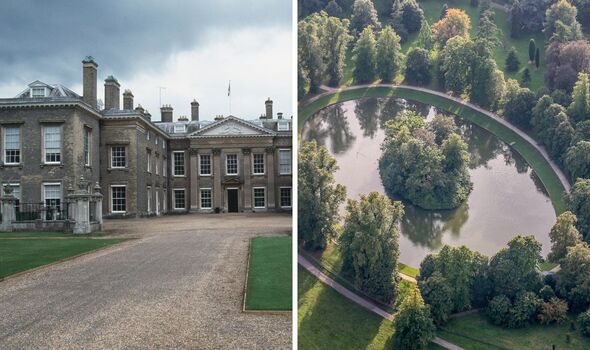 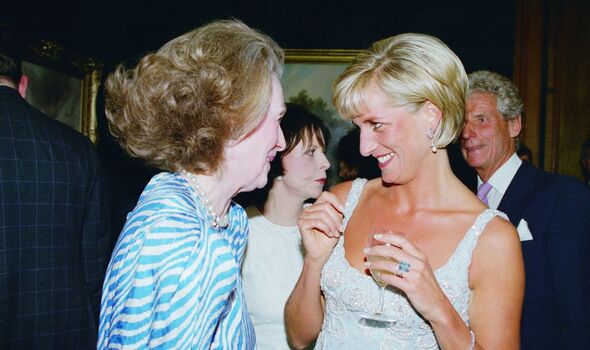 She claims that the Spencer children “could not bear” that Raine made it clear that she was “good in bed”. Ms Gaudoin also recounts a tale of Raine and Earl Spencer requesting that the chauffeur pull over at a petrol station motel during a journey with a friend to have a “quickie” while the chauffeur and the friend waited awkwardly.

Although Diana and Raine were estranged, the pair reconnected after Diana’s divorce from Charles in 1996.

Ms Goudoin wrote that Diana later said “[Raine] is the mother I never had” as they would talk on the phone every day and meet for lunch.

Diana’s father died in 1992 at the age of 68 after suffering a heart attack. Raine then got remarried the following year to Count Jean-François Pineton de Chambrun, but this marriage was shortlived and the pair split in 1995.

Three Times a Countess: The Extraordinary Life and Times of Raine Spencer by Tina Goudoin was published by Little, Brown Book Group and is available here.