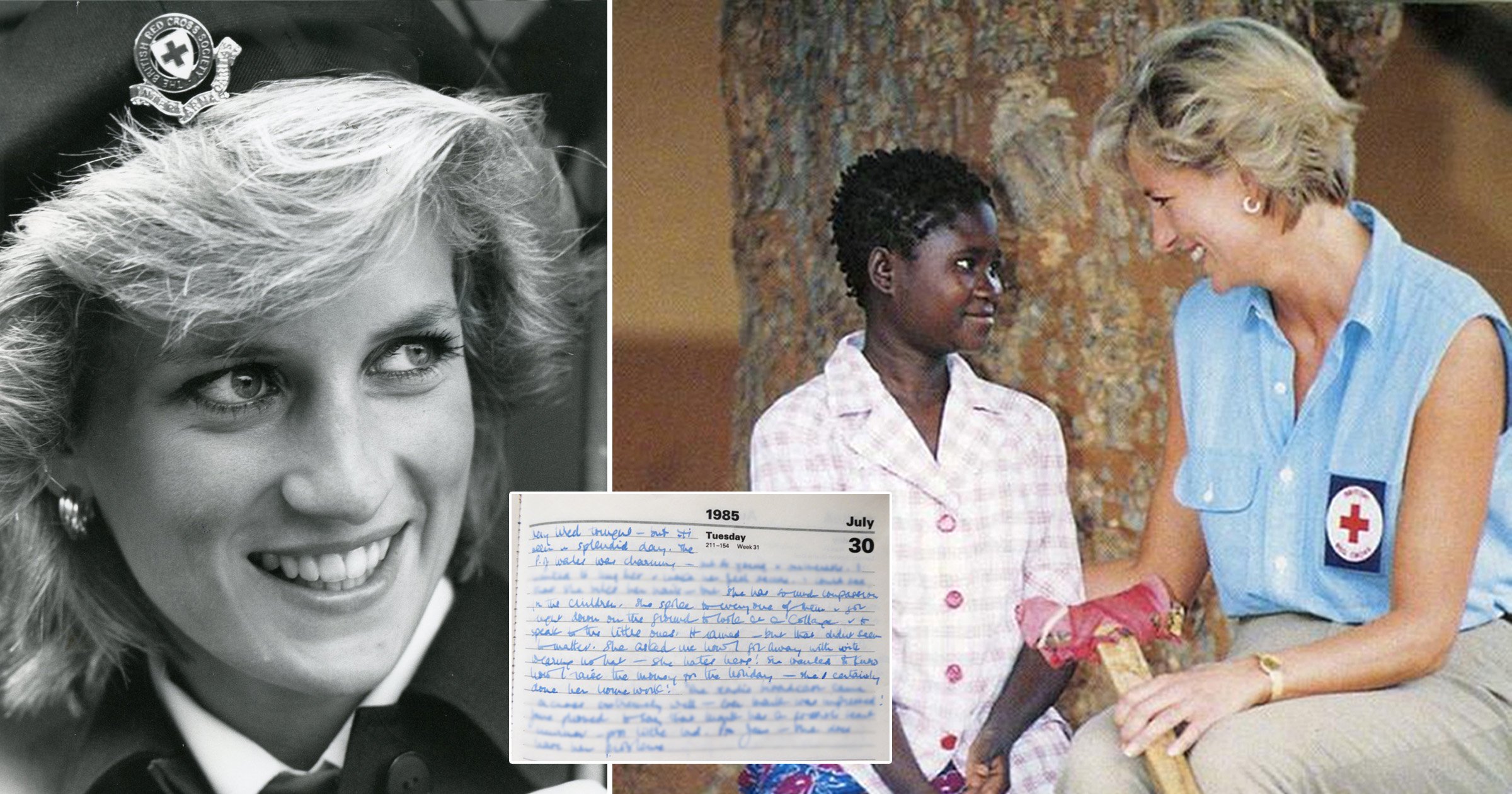 Princess Diana might have been one of the most famous women in the world, but just like the rest of us she enjoyed a night on the sofa eating beans on toast and watching EastEnders.

Edith Conn, a former British Red Cross worker, recalled meeting the Princess of Wales at an event in Manchester in 1991, where the royal opened up about her love of home comforts.

‘She told me how highly she thought of the Red Cross and the wonderful work we do. And then we just chatted really,’ said Miss Conn, now 72.

‘She was so approachable because she was so relaxed. When someone is relaxed, you relax with them, and it just made the whole experience better.

‘And to my surprise she said “I’m going home tonight. I’m having beans on toast and watching EastEnders!” I thought that was so funny.’

Miss Conn, who was president of the charity’s Greater Manchester branch at the time, shared the happy memory to mark what would have been Diana’s 60th birthday today.

As the Duke of Cambridge and Duke of Sussex prepare to honour their mother with a statue, charity workers who met the princess – a dedicated humanitarian – are remembering the impact of her work.

Eileen Nicol, who was chairwoman of the British Red Cross-run Activenture holiday camp for children with disabilities in Sussex, met Diana in 1985.

A never before seen diary entry written by Ms Nicol revealed the princess’s affection for the youngsters and how Diana, then just four years into being a member of the royal family, confessed to hating wearing a hat.

Ms Nicol wrote: ‘The Princess of Wales was charming. She has so much compassion for the children. She spoke to every one of them and got right down on the ground to look at a collage and to speak to the little ones.

‘It rained, but that didn’t seem to matter.

‘She asked me how I got away with not wearing a hat. She hates hers. She wanted to know how I raise the money for the holiday. She’d certainly done her homework.’

Ms Nicol, 87, recalled 36 years later how the princess admitted she would have liked her job.

‘She spoke to every one of us and she spoke so well. The children loved her, and she loved the children. She told me she wished she had my job,’ she said.

‘Throughout her life, Princess Diana was a dedicated humanitarian who championed causes in the UK and overseas,’ she said.

‘From making connections with young people in her role as patron of the Red Cross Youth, to campaigning against landmines, she was one of our most dedicated supporters, using her public profile to make positive change.

‘The impact of her work is not only remembered on what would have been her 60th birthday, but continues to have a lasting impact today.’