Princess Diana, known affectionally by many as the ‘People’s Princess’, was famous for her humanitarian nature. She dedicated much of her life to charitable causes before she was tragically killed in a car accident in Paris. Now, an artefact from the Princess has fetched thousands at auction and the proceeds will aim to continue in the vein of Diana’s work.

It comes with a handwritten note from the Princess herself.

The top, Diana’s go-to workout wear for years, was given to her by business magnate Richard Branson.

The cotton/polyester sweatshirt that features a screen-printed image of the Virgin Atlantic ‘Flying Lady’ logo. 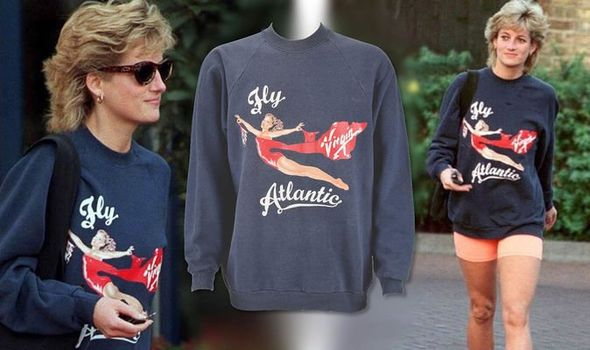 Diana eventually gave the shirt to her longtime personal trainer, Jenni Rivett, who has now decided to sell it.

Ms Rivett will donate the proceeds from the sale to help a Malawian family based in her home country South Africa, which she said: “I know Diana would be happy about”.

The sweatshirt was bought by a collector based in California, who wishes to remain anonymous.

Bobby Livingston, Executive VP at RR Auction, said: “We are thrilled at the price achieved and considering that the proceeds will be donated to help a family in need, we could not be happier for everyone involved.” 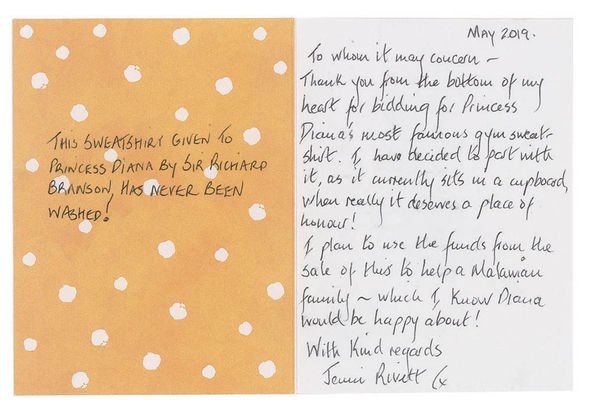 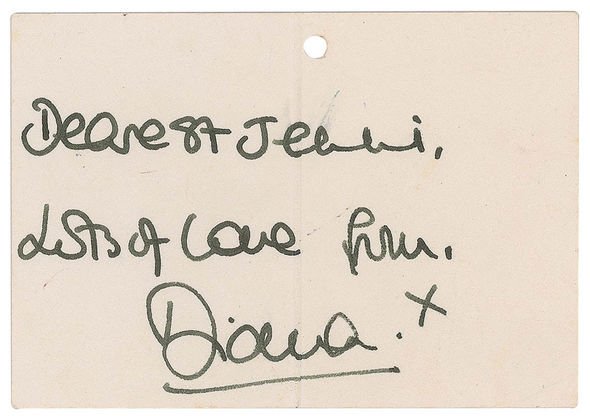 The sweatshirt had special meaning for Diana, used as a tool to try minimise media and public obsession about her clothing.

In a 2018 interview with the Yahoo! series The Royal Box, Rivett recounted Diana’s decision to simplify her workout outfits.

She said: “Every single session all the media were outside camped with their stepladders, and cameras and lenses and everything.

“She just thought, ‘why are they so interested in me when there are more important things to worry about in the world?’ It wasn’t her that asked for all this. 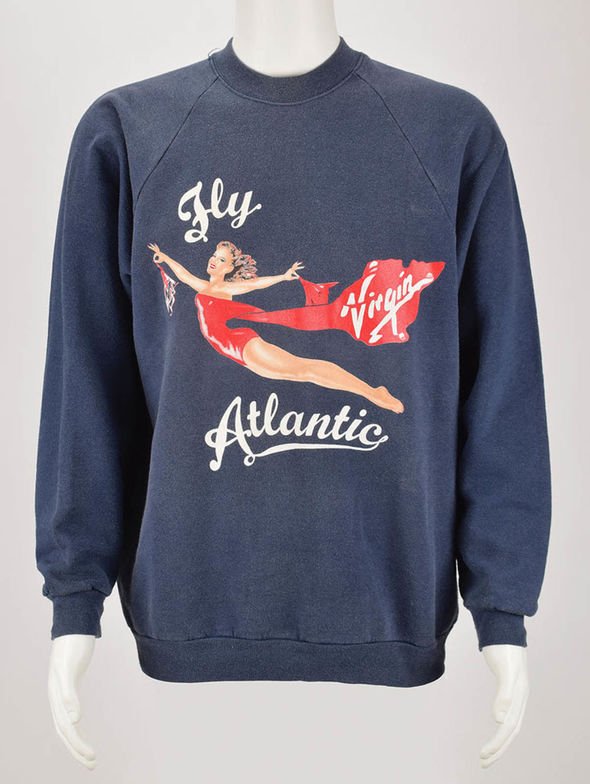 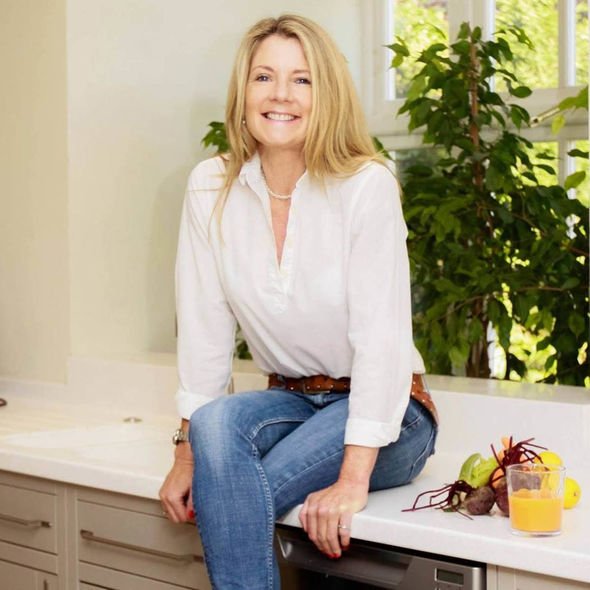 “I remember one of her strategies was that she was going to wear the same Virgin Active sweatshirt every single session.”

Another note with the sweatshirt written by Ms Rivett says: “This sweatshirt given to Princess Diana by Sir Richard Branson has never been washed!”

The note adds: “I have decided to part with it as it usually sits in a cupboard when really it deserves a place of honour!

“I plan to use the funds from the sale of this to help a Malawian family – which I know Diana would be happy about.”

The shirt was accompanied with a gift tag that says: “Dearest Jenni, Lots of love from, Diana. x”