However, they were not referring to Jack Brooksbank’s royal title ‒ as he does not have one ‒ but instead his professional one. The PR department at his tequila company asked for him to be referred to as the European Brand Director of Casamigos Tequila. Princess Eugenie gave birth a week ago in The Portland Hospital in London to a healthy boy weighing 8lbs 1oz and the company her husband Jack works for were quick to capitalise on the news.

Just 11 minutes after Buckingham Palace officially announced the couple had had a son, Casamigos sent out a press request for the media to mention their brand and Jack’s title at the company.

Mr Myers said: “Just to add some hilarity into this occasion, apparently his PR lot ‒ or the PR lot from his Casamigos firm ‒ were busy emailing royal correspondents and people who may have been writing about this.

“They said: ‘If you’re writing about the royal baby, please refer to Jack Brooksbank by his official title as European Director of Casamigos.’ 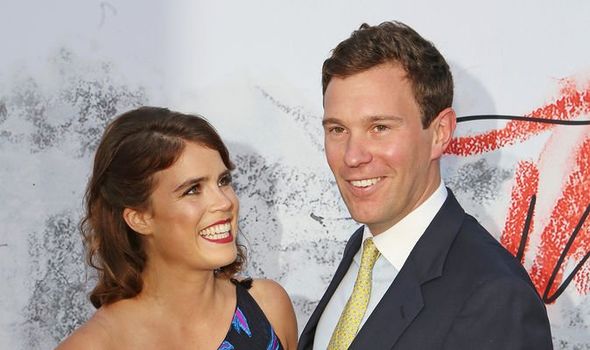 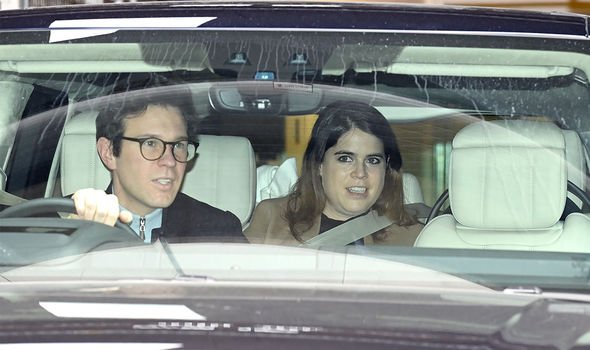 “It’s an official title ‒ not a royal one ‒ but he is the European Director of Casamigos, no less.

“But it’s got them some PR and here we are talking about it, so they’re doing their job, the PR lot at Casamigos ‒ shout out to them.”

Ms Gripper joked: “We all know his real title is Princess Eugenie’s husband. 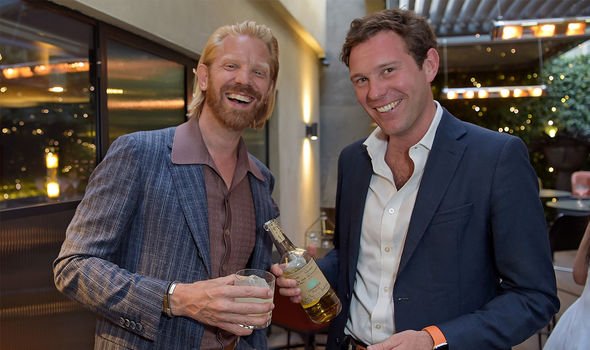 “That is the most important job. Any baby Brooksbank’s daddy.”

Casamigos, which sells bottles of tequila at £45 a pop, was co-founded by George Clooney and Cindy Crawford’s husband Rande Gerber.

Jack started working with the brand in 2016 as the UK brand ambassador after a career in the bar industry.

He previously worked as the general manager of Mahiki, a nightclub in Mayfair often visited by his wife’s cousins Prince William and Prince Harry in their youth. 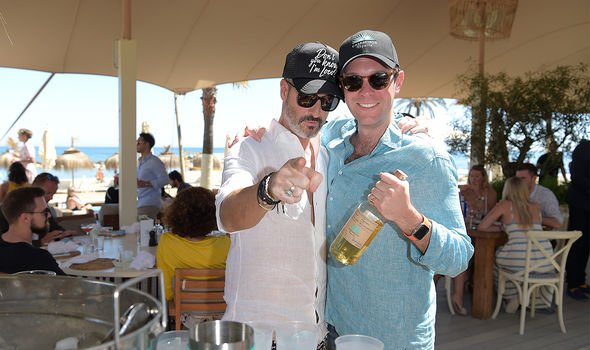 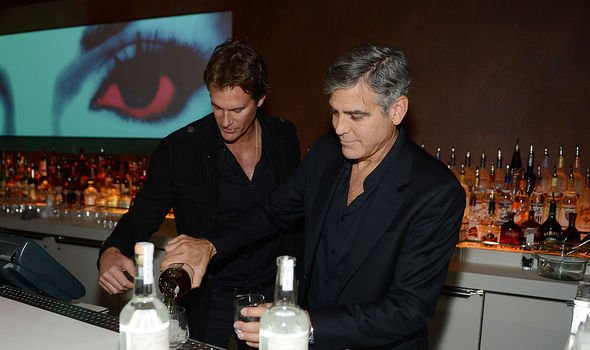 He was promoted to his current role in Casamigos in September 2018, just a month before tying the knot with Eugenie at Windsor Castle, according to the Daily Mail.

The note from the company reportedly read: “Due to the recent news surrounding the arrival of the Royal Baby from HRH Princess Eugenie and Jack Brooksbank, we wanted to drop you a note to ask if you are to mention any further details about Jack Brooksbank that you use his official title: European Brand Director of Casamigos Tequila.”

Eugenie and Jack’s baby was born on February 9 at 8.55am and is 11th in line to the throne, but will not have a title.

He is the couple’s first child, Prince Andrew and Sarah Ferguson’s first biological grandchild and the Queen and Prince Philip’s ninth great-grandchild.

After the official statement from the Royal Family announcing his arrival, Eugenie took to Instagram to post an adorable black and white photo of her and Jack holding their baby’s tiny hand.

She captioned it with three blue hearts.

Eugenie and her baby are “both doing well” and left the hospital on Friday.

James Middleton, the younger brother of Kate, Duchess of Cambridge, was among the first to congratulate the family, writing: “Such wonderful news.”

The Royal National Orthopaedic Hospital (RNOH) charity, which treated Princess Eugenie for a rare condition of scoliosis when she was 12, also congratulated the royal.

They wrote: “Congratulations to our Patron, HRH Princess Eugenie and Jack Brooksbank on the birth of their baby boy.

“We are so delighted for your both and would like to wish you all the very best.”