On February 9, Princess Eugenie and her husband Jack Brooksbank welcomed their first child, August Philip Hawke Brooksbank, at the Portland Hospital in London. August is eleventh in line to the throne behind his mother, who is the granddaughter of Queen Elizabeth II as Prince Andrew’s younger daughter. Despite his place in the line of succession and his status as the son of a Princess, August has not been given a royal title by the Queen.

The Royal Family, including the Queen and Prince Philip, were “delighted” by the safe arrival of the latest royal baby.

Buckingham Palace made a statement on the birth of August last month, which read: “Her Royal Highness Princess Eugenie was safely delivered of a son today, February 9, 2021, at 0855hrs at The Portland Hospital. Jack Brooksbank was present. The baby weighs 8lbs 1oz.

“This is Princess Eugenie and Jack Brooksbank’s first child, The Duke of York and Sarah, Duchess of York’s first grandchild, and the ninth great-grandchild for The Queen and The Duke of Edinburgh. Her Royal Highness and her child are both doing well.” 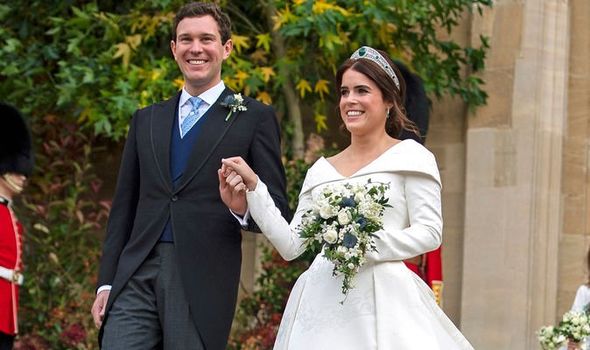 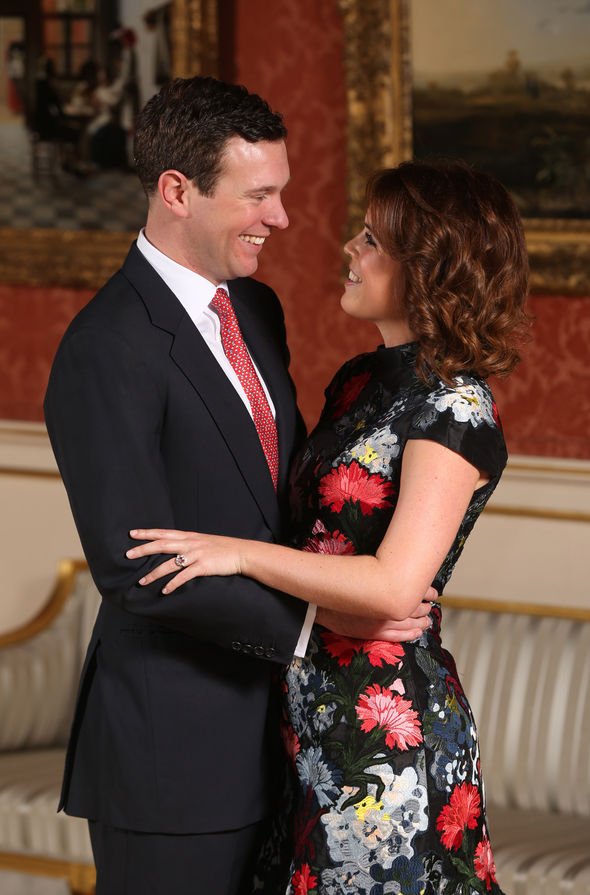 Why does August Brooksbank not have a royal title?

The precedent for Prince and Princess titles goes back more than 100 years to the reign of King George V.

The King declared only the children and grandchildren of the monarch through the male line will be entitled to Prince or Princess titles.

As August is one of the Queen’s great-grandchildren, he was not eligible to be made a Prince. 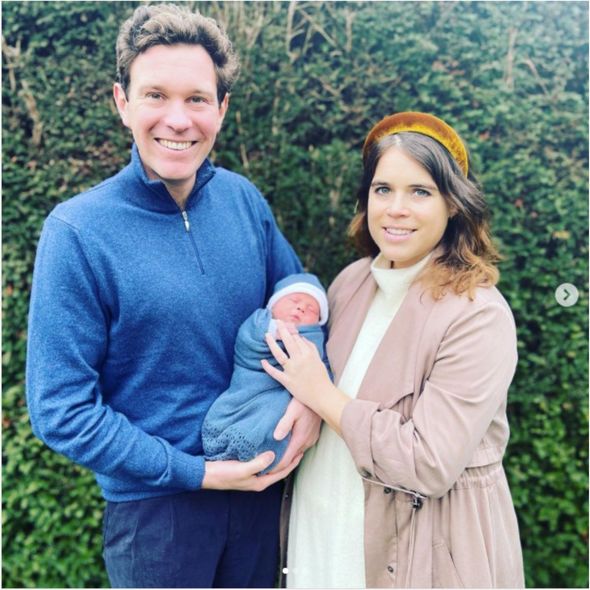 With regards to other royal titles, August was not eligible for any title at all because his father doesn’t have one.

Raising Royalty author and royal historian Carolyn Harris previously told Town & Country, before Eugenie and Jack’s wedding: “Princess Eugenie’s children will not have titles unless the Queen decides to bestow an earldom on Jack Brooksbank.”

However, the Queen did not give Jack a title when he married Eugenie, therefore he has remained Mr Jack Brooksbank.

Had Jack been made an Earl, as is traditional for the spouses of royal women, August may have held a title to reflect his status as the child of an earl.

Prince Edward’s son James holds the title of Viscount Severn, as the son of the Earl of Wessex.

August would potentially have taken on one of his father’s subsidiary titles, before eventually inheriting his father’s royal title. 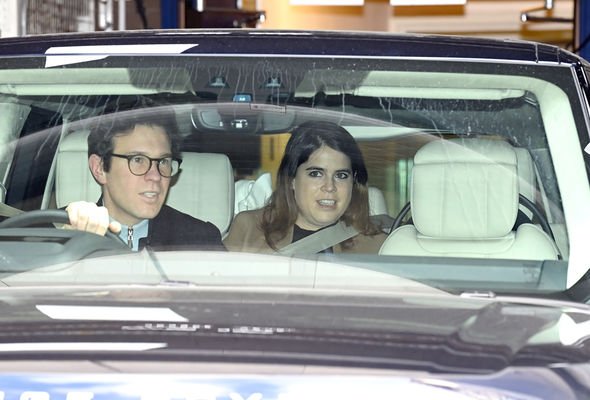 Do other great-grandchildren have royal titles?

When August was born earlier this year, he became the ninth of the Queen and Prince Philip’s great-grandchildren.

Out of all of the Queen’s great-grandchildren, only three of them have Prince or Princess titles.

Prince William and Kate, Duchess of Cambridge’s children, Prince George, Princess Charlotte and Prince Louis, were all given Prince and Princess titles by the Queen.

As well as being the children of a future king, Prince George also has his own claim to the throne as third in line, so it was decided the children should hold the titles.

Mia and Lena Tindall, the daughters of the Queen’s granddaughter, Zara Tindall, do not have any royal titles.

Savannah and Isla Phillips, the daughters of the Queen’s eldest grandchild, Peter Phillips, are also without royal titles.

Prince Harry and Meghan Markle’s son Archie Harrison was not given a royal title when he was born in 2019.