Princess Eugenie, 30, tied the knot with husband Jack Brooksbank in 2018 at a spectacular royal wedding that captured the imaginations of royal fans. While Eugenie’s big day was in the same spot Meghan Markle, 38, and Prince Harry, 35, tied the knot just months before there was a key difference between their big days.

Unlike Meghan Markle and Kate, Duchess of Cambridge who received new royal titles on their wedding days, Eugenie did not have the honour.

That’s because the custom of gifting peerages to royals when they marry only applies to men.

So while Prince William and Prince Harry became the Duke of Cambridge and the Duke of Sussex when they married, and their wives became Duchesses too, Princess Eugenie and Princess Beatrice did not get new peerages. 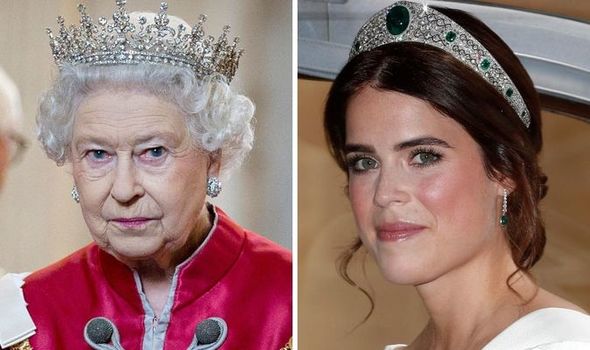 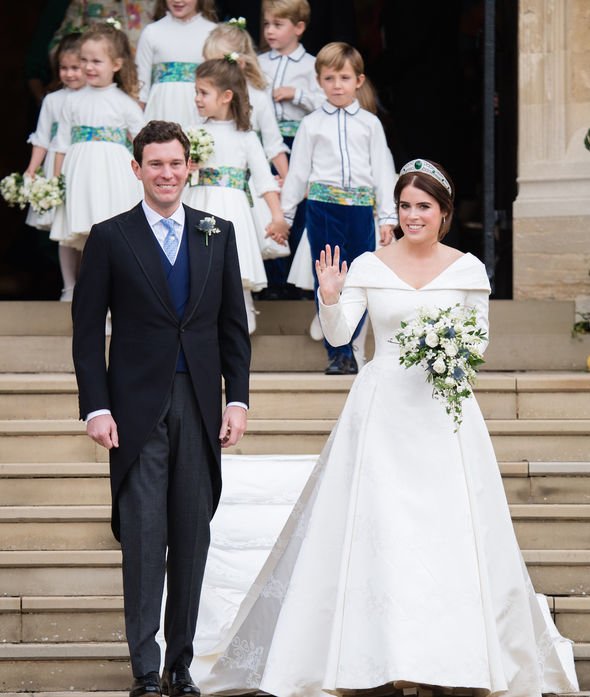 According to a constitutional expert, the reason Princesses aren’t treated to the same royal wedding gifts as their male counterparts has to do with a historic custom.

Expert Mr MacMarthanne told Express.co.uk: “Historically, a princess was married off to a foreign royal house to be used as a political pawn, normally as a means to cement foreign alliances or to further the national interest.

“These were arranged marriages of convenience, and were rarely love matches.”

Mr MacMarthanne explained the custom of marrying Princesses off into foreign royal families meant they assumed the titles of their new royal husbands when they married. 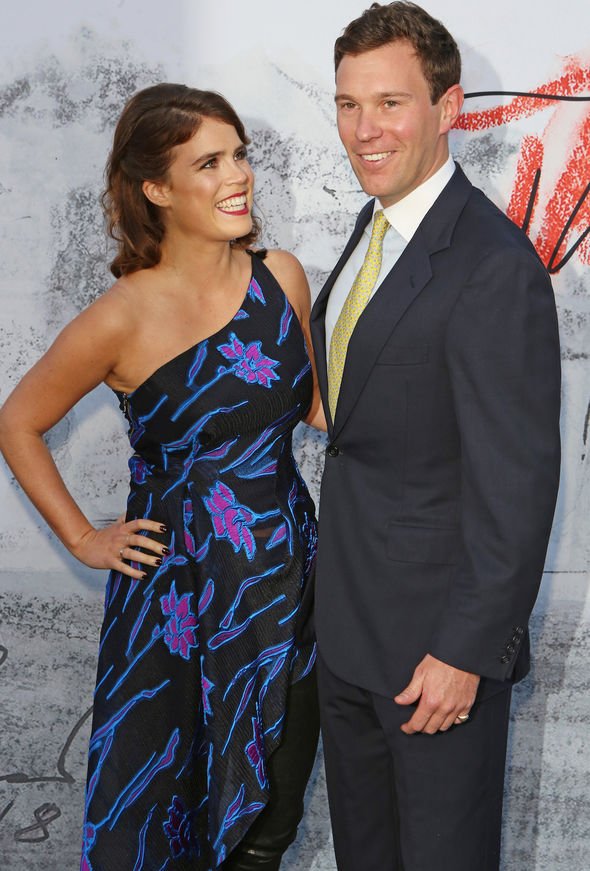 However, the tradition was stopped following the First World War and no British Princess has married into a foreign royal dynasty since.

Mr MacMarthanne explained: “Prior to these changes, and given the historic nature of these past arrangements, there was never a custom of creating royal princesses peeresses in their own right.

“Additionally, given the patriarchal nature of the peerage, where creations were made they have invariably only been given to men.

“Only a small handful of exceptions to this rule exist and most are of ancient lineage.”

He added: “Since George V’s ruling no British princess has married a foreign prince.”

As Princess began to marry British men the custom was not updated to give them new titles on their wedding day so they continued to take on their husbands’ names instead.

In some guesses, if the groom was not of aristocratic stock, they were gifted peerages by the Queen.

Mr MacMarthanne added: “The Queen’s sister Margaret, became the Countess of Snowdon when her husband was created the Earl.

“Both Princess Alexandra of Kent, and Princess Anne refused titles for their husbands and in consequence were also know as Mrs Ogilvy and Mrs Phillips respectively.” 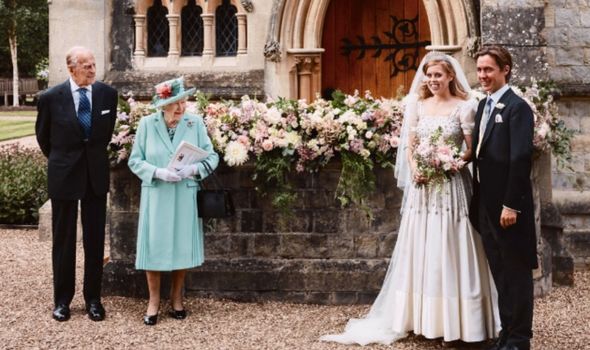 Mr MacMarthanne added: “Following the historic custom and the trends that have developed since 1917, it is no surprise that when Princesses Beatrice and Eugenie married they only assumed their husbands’ surnames and were not made peeresses in their own right.”

Princess Beatrice tied the knot with Edoardo Mapelli Mozzi in a secret wedding on July 17.

While Bea was not made a Duchess by the Queen she did take on an Italian title due to Edoardo’s heritage.

Princess Beatrice took a title from the Mapelli Mozzi family, making her a ‘contessa’ – the Italian equivalent of a countess.