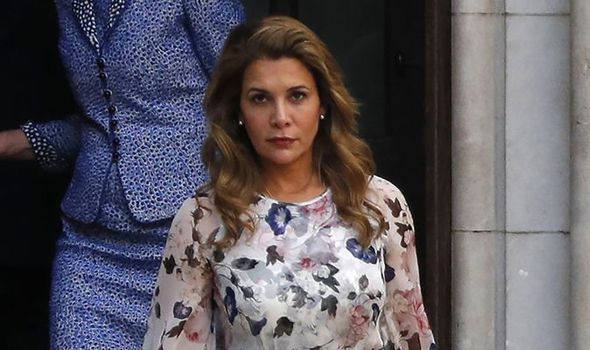 She handed over the cash when the former servicemen ‑ who have escaped justice ‑ threatened to reveal her affair to Sheikh Mohammed. Details of the sensational claims were revealed as Mr Justice Moor released his divorce settlement ruling.

He said: “It sticks in the throat that these people have been able to get away with this and have not been prosecuted.”

The judge said Oxford-educated Haya, the youngest of the Sheikh’s six wives, was targeted by her former lover and three of his colleagues.

The first demand, from one ex-bodyguard, known only as Mr A, came in February 2018 after he filed an unfair dismissal claim. Haya paid him £1.2million, using money from her daughter Jalila’s bank account.

Five months later, the royal took £4.45million from the account to pay Mr B and Mr C from her security team.

She said: “I was scared and that was the money available in that account.”

The judge said: “This was clearly a most unsatisfactory episode. I realise I have not heard from the alleged blackmailers.

“But nobody should be blackmailed and Her Royal Highness must have been very frightened at this point.”