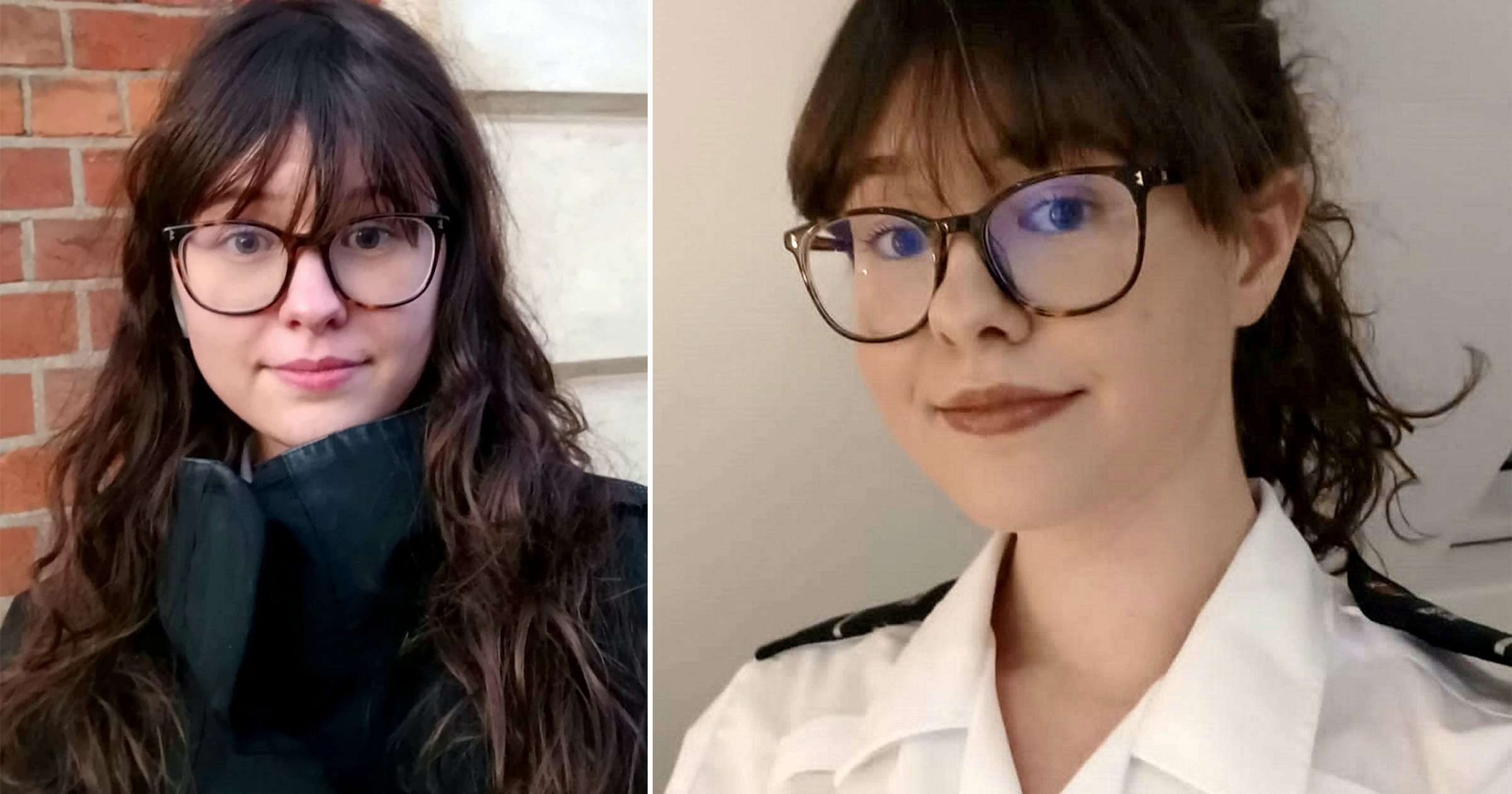 Graduating from a history course at university at the age of 20, a job as a guard at a men’s prison is not the most obvious choice for a young woman.

Some inmates ‘scream and shout’ constantly, and make a lot of ‘sexist’ comments, but Emily was not put off by the hardship.

Emily, who did not want her full name to be used, began working at HMP Bedford at the age of 20, making her one of the youngest prison officers in the UK and the youngest female officer on site.

Located in the Harpur area of Bedford, it is a category B jail for men with capacity for 500 inmates.

The history graduate said she loves the job despite some days involving ‘inmates screaming and shouting at you constantly’.

‘It’s one of the most challenging choices I could have made – there are days where I sit and think “what am I doing”,’ she said.

‘But it is rewarding, and I feel I am so much stronger, more confident and resilient.

‘It has taught me to see a different side to the world and nothing else compares to that.

‘I was warned before I started that it’s a “sink or swim” type of job. It does take a lot of confidence as a young female telling men double my age – and a foot or two taller than me – what they can and can’t do.

‘You are definitely on the front line – some days there will be inmates screaming and shouting at you constantly, and it does really test you.

‘But there are loads of really nice moments where you feel you’re starting to make a difference to somebody’s life.’

Among her most difficult moments was telling an entire wing of prisoners family visitation time was cancelled due to an unforeseen issue.

Emily said this was ’emotionally draining’, and left some fuming and self-harming.

Working mostly with men waiting to be sentenced, she said rude comments are common, but training helped her ‘establish’ herself.

A small recent win was getting a thank you card from a leaving inmate who said she was ‘wise’.

Emily joined a graduate scheme called Unlocked Graduates to get the job in 2021.

‘I came in with three other females, but I was the youngest. I was surprised by how confident I was when I first started. I knew I would have to be,’ she said.

‘Even then, everyone warned me the first three to six months would be tough and they were.

‘At the start, the staff nor the prisoners know you so you have to establish yourself before you can build a rapport with people.’

Talking about movies and video games with inmates is a tactic she uses often to build a rapport with offenders and ‘set standards’ to get respect.

Emily initially attracted comments about her age, but she was pre-trained to deal with any instances of sexism.

She said: “Rude comments are a reality in a male prison, but not so much once you establish yourself. I never faced anything I didn’t feel prepared to challenge.’

Her best moments have been when people tell her they are looking forward to the one-to-one sessions she runs.

Emily said: ‘When a prisoner tells you they’re looking forward to opening up to someone about their feelings, it feels like you’re making a real difference.

‘We’re not here to judge, so whenever someone is willing to work with us, they get the same respect back.

‘Often prisoners are very open about their past and crimes. There are moments where you do start to see mindsets changing and they see a different point of view which is great.’