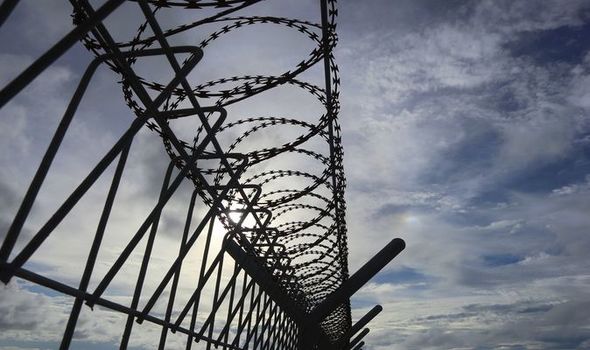 The Sunday Express has learnt that the airport style security is to become the standard for new jails in a bid to prevent prisoners from continuing their life of crime inside. In the Prisons White Paper, due to be published next month, the Deputy Prime Minister Dominic Raab, who is also Justice Secretary, will confirm that the six new prisons to be built across the country over the next five years will be kitted out with game-changing technology to boost security and clamp down on dangerous contraband that can wreak havoc on the wings.

A source close to Mr Raab said that he “wants prisons to make better use of technology to improve security – that includes stopping the flow of drugs and weapons which fuel violence and stops prisoners from turning their lives around.”

The new move builds on the Government’s £100 million investment in prison security, which has seen the new body scanners installed in every single closed male prison in England and Wales.

They have thwarted 10,000 attempts to smuggle in drugs and phones blocked since last summer.

At HMP Garth a prisoner was found to be in possession of an iPhone and charger during a body search. The scanner also revealed a large package in his bowel, later discovered to be full of tobacco.

At HMP Berwyn they found banned items on the same day the scanner was installed – showing the impact of value of these machines.

The new prisons will also benefit from airport style scanners for visitors and staff, as well as extra drug dogs, specially trained to sniff-out drugs from cannabis to cocaine, new and improved body-worn cameras for front-line staff and hand-held detection wands.

MPs have previously raised concerns about microphones being smuggled into prisons with former minister Esther McVey previously trying to pass a law where mobile signals would be blocked.

Examples of the illegal use of mobile phones include the murder of 19-year-old gang leader Liam Smith in 2007 after he visited a friend in HMP Altcourse in Liverpool.

In the same prison in 2017 a phone was seized from Rajib Khan who was suspected of using it to radicalise other inmates to extreme form of Islam.

Liverpudlian George Moon was convicted of smuggling in cocaine in 2009 which he organised using a mobile phone while he was locked up in HMP Lindholme in Doncaster.

In 2015 Carlos Boente was convicted of stalking a teenage mother using a mobile phone in HMP Birmingham.