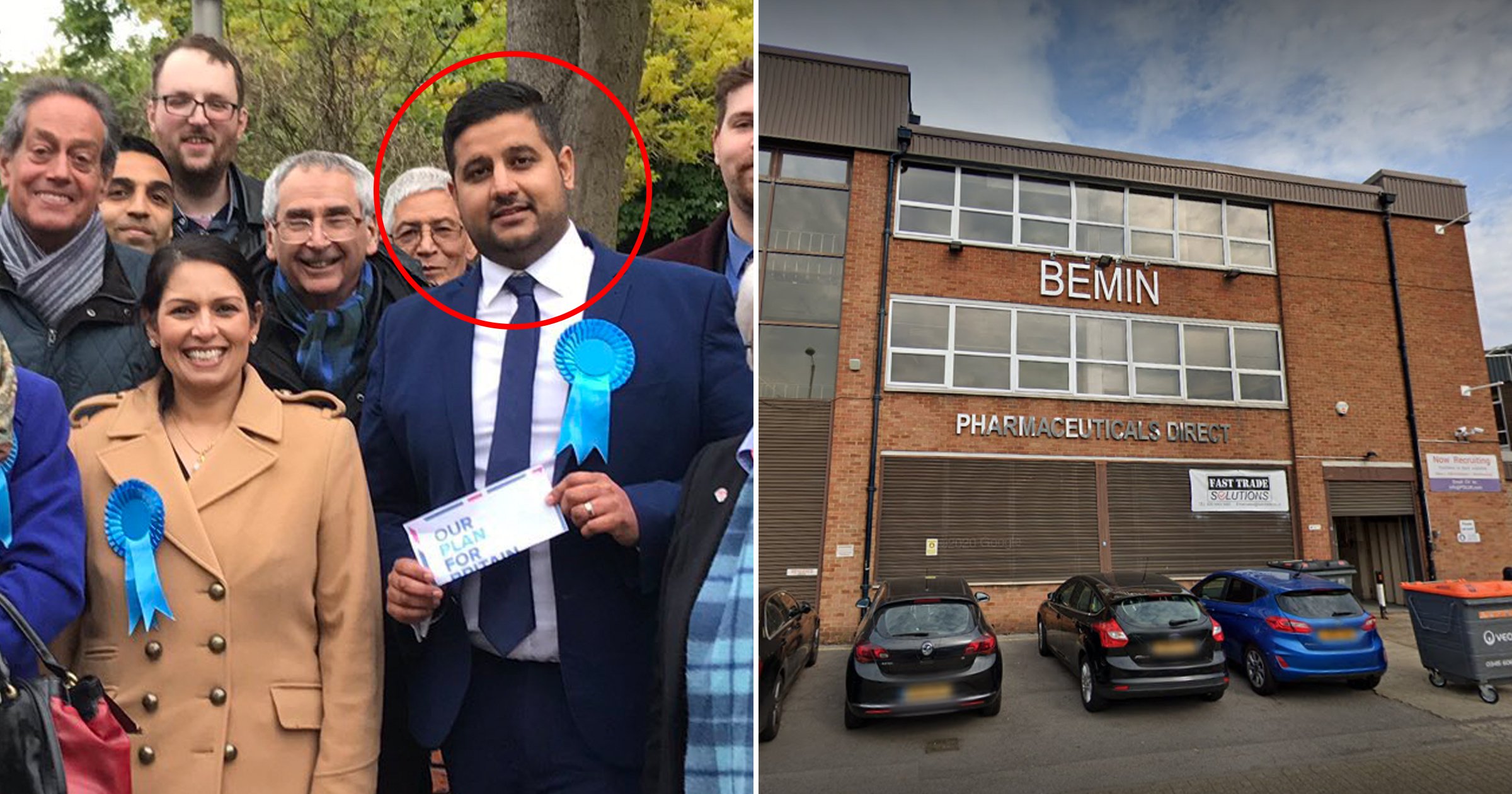 Priti Patel has become the latest Government minister to be embroiled in a lobbying row after she tried to help a healthcare firm secure a £20million PPE contract.

The Home Secretary – who last year was accused of breaking the ministerial code by bullying staff – contacted Michael Gove over the contract after an approach from her former adviser, The Daily Mail reported.

Ms Patel insists she’s done nothing wrong but Labour are calling for an inquiry, alleging she ‘flagrantly’ breached the ministerial code.

An investigation by the paper found a firm called Pharmaceuticals Direct Ltd (PDL) pitched to supply surgical masks to the NHS early in the pandemic but were told the ‘deal was off.’

Samir Jassal, who used to work for Ms Patel and has stood twice to be a Tory MP, introduced the minister to PDL’s sales chief Surbjit Shergill.

This prompted Ms Patel to write to Mr Gove, who was in charge of procurement, telling him: ‘I would be most grateful if you could review this matter urgently… and work with the company to distribute and supply these masks.’

Matt Hancock, the Health Secretary, replied to say the masks the company were offering had been deemed unsuitable for the NHS. But he added he ‘appreciated’ the work PDL had done and had asked his team ‘to liaise directly with Mr Shergill’.

Months later, in July, PDL were awarded a bigger contract, worth £102.6million, for higher quality masks.

This was despite officials within the department raising concerns that the masks being bought were costing double the benchmark price.

Questions are being asked over why Ms Patel thought it appropriate to intervene on behalf of the firm.

Her spokesman told the Mail: ‘The Home Secretary rightly followed up representations made to her about the vital supply of PPE.

‘During a time of national crisis failure to do so would have been a dereliction of duty.’

Their letter states: ‘It is difficult to reach any conclusion other than that the Home Secretary lobbied the Government on behalf of PDL as a favour to her friend, Samir Jassal.

‘This would represent a glaring and flagrant breach of the Ministerial Code.’

They added: ‘The Home Secretary was lobbying for huge amounts of taxpayers’ money to be spent on PPE that was unsafe for use by frontline NHS staff… The public has a right to know why the Home Secretary lobbied ministers on behalf of a client of Samir Jassal, her friend, former ‘adviser’ and a prominent Conservative Party activist.’

It’s not known if Ms Patel had any involvement in the later deal being secured and Labour are calling for all representations to be disclosed.

The Good Law Project is challenging the contract as part of its High Court judicial review.

PDL chief executive Bemal Patel told the Mail it had ‘met its full obligations’ under the contract, while insisting Mr Jassal ‘was not employed’ by the firm.

Mr Jassal did not respond to requests for comment.