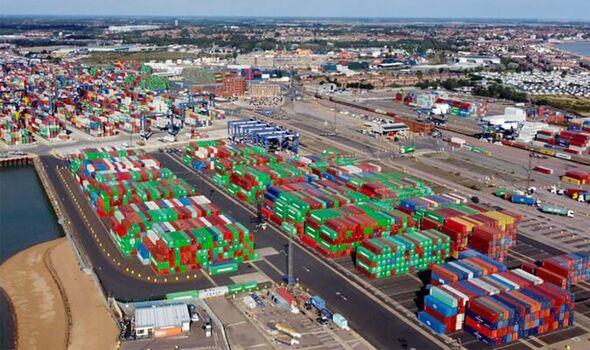 Unite union announced staff at Felixstowe, which handles more than a third of UK ship-based cargo, voted in favour of strike action in a dispute over pay, warning of major disruption across the supply chain. The dockworkers join a growing wave of employees, in a range of sectors from rail to telecoms, resorting to industrial action as pay rises fail to keep pace with inflation which is expected to hit double digits in Britain by the end of the year.

It comes after the shipping industry was hit by major disruptions last year due to the Covid pandemic sparking shortages of products, including children’s toys, for Christmas.

Strike action would cause major logistical problems for maritime and road haulage transport entering the port as Felixstowe is responsible for almost half (48 percent) of the UK’s container trade. 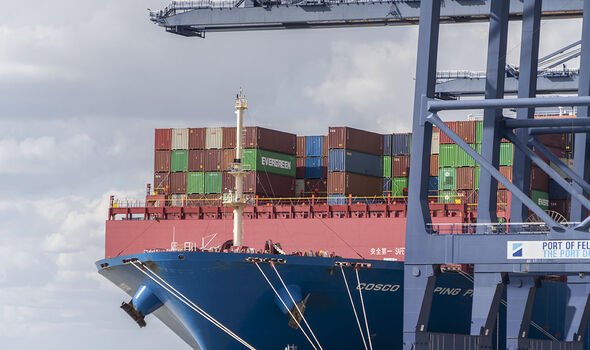 Unite said workers at Felixstowe Docks, which is operated by Hutchison Ports, had been offered a pay increase of 5 percent.

Workers backed industrial action over pay by 92 percent on an 81percent turnout.

Unite said in a statement: “Strike action would bring Felixstowe to a standstill and would cause major logistical problems for maritime and road haulage transport entering the port.” 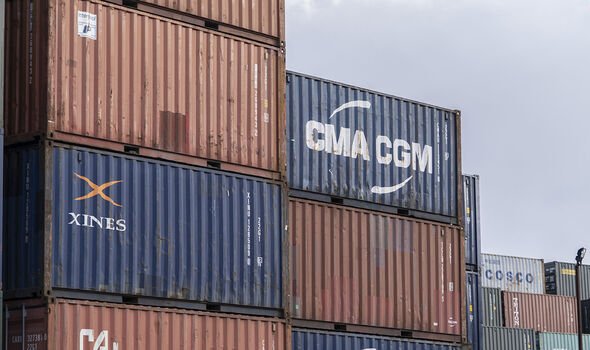 Unite general secretary Sharon Graham said: “The bottom line is this is an extremely wealthy company that can fully afford to give its workers a pay rise. Instead, it chose to give bonanza payouts to shareholders touching £100 million.

“Unite is focused on defending the jobs, pay and conditions of its members and we will giving 100 per cent support to our members at Felixstowe. 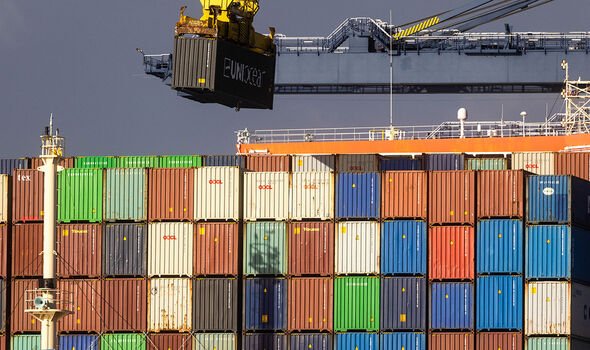 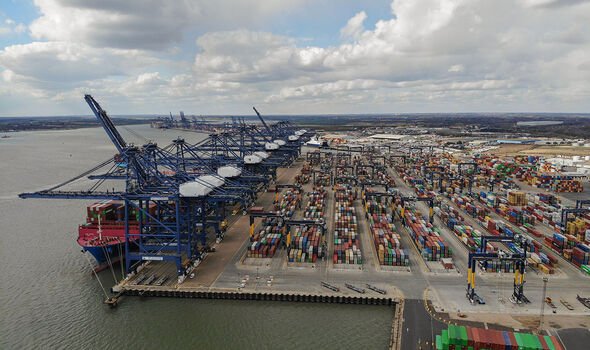 “Workers should not be paying the price for the pandemic with a pay cut.

“Unite has undertaken 360 disputes in a matter of months and we will do all in our power to defend workers.”’ 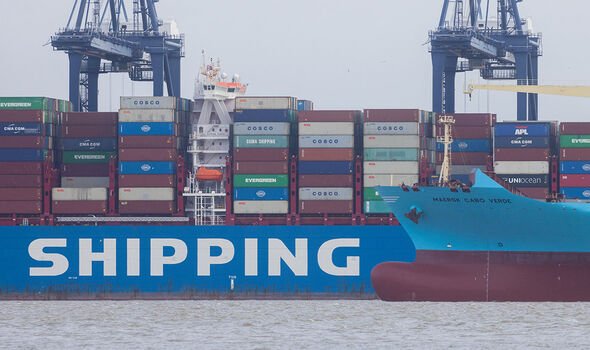 Hutchison did not immediately respond to a request for comment.The union did not give specific dates for the strike action, which will take place next month.

Earlier this month Unite said it was also balloting hundreds of dockworkers in Liverpool for possible strike action.