The assault was condemned by a furious Boris Johnson as “despicable  harassment”. But the police who watched failed to take any action against the yobs who targeted the man who has heroically helped lead Britain’s fight against Covid. All they did was record the details of the jeering aggressors – who tried to get Prof Whitty in a headlock – and give them a “robust” telling off.

As the PM and Cabinet colleagues led a chorus of outrage over the “intolerable” assault, the Yard was urged to bring the hoodlums to justice – and there were calls for the health chief to get official security.

The attack in St James’s Park on Sunday night was the latest in a series of distressing incidents involving the Chief Medical Officer.

A day earlier, a mob of anti-lockdown protesters yelled “Murderer” and “Traitor” through megaphones outside his London flat.

The incidents pose the burning question: why can’t we protect the man who has worked tirelessly to protect the nation during the Covid-19 crisis?

One police veteran said the officers who witnessed Sunday’s incident will regret the decision not to arrest the thugs.

Glen Smyth, a former chairman of the Metropolitan Police Federation, said: “They needed to take positive action there and then to take these people off the streets and protect the public. The public is outraged by this sort of behaviour and, frankly, these men need to be prosecuted.”

Prof Whitty, 55, was walking through the central London park when he was accosted by the sneering men. 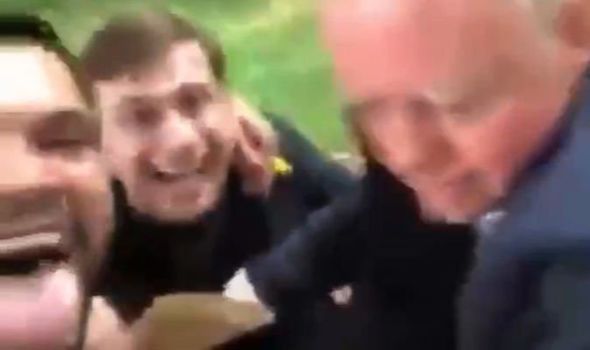 Two jeered and shouted while grabbing at their target then tried to restrain him.

Pulling faces at the camera, one of the thugs was heard saying, “Please, sorry one photo.”

Prof Whitty tried to get away but the pair repeatedly clutched at him. One tried to put him in a headlock. The softly-spoken expert’s ordeal came to an end after a voice off-camera pleaded: “Leave the gentleman alone.”

It is not clear if a third person filmed the 20-second incident or if one of the two men in the footage was holding the camera phone.

Police – who were in the area as a demo was taking place – spoke to Prof Whitty who declined to make allegations against the pair.

Officers took down the yobs’ details but let them go. The Yard said investigations are continuing. The incident has been recorded as a common assault, which has a maximum penalty of six months’ jail. 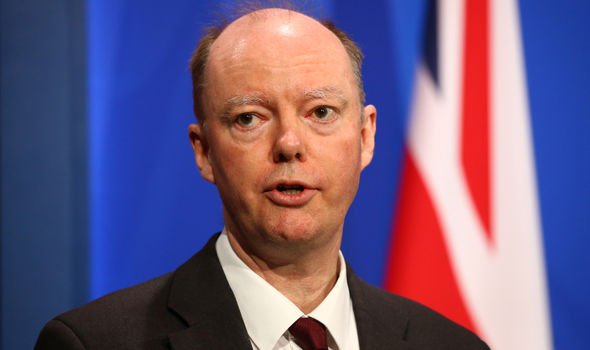 Police and prosecutors do not need the co-operation of a victim to bring assailants to court.

Video of the incident incensed viewers after it was posted on the internet. The PM said: “I condemn the behaviour of these thugs. Our hard-working public servants should not have to face this kind of intimidation on our streets and we will not tolerate it.”

She added: “Chris is just a remarkable public servant. It’s terrible to see such an important public figure, someone that day in, day out, has been serving our country in the way in which he has to keep us safe, being subject to appalling abuse.” 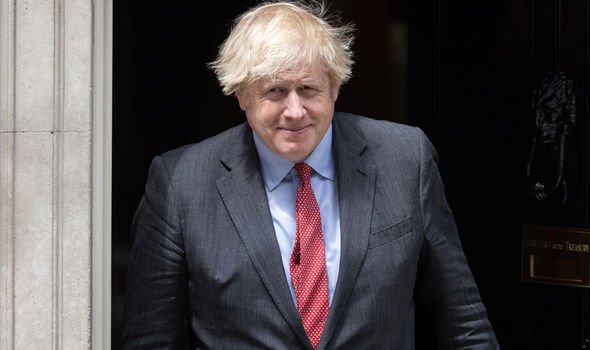 Labour MP Jess Phillips said the Government’s top health adviser had been made to feel “awful and uncomfortable” and stressed public figures “are human beings”.

Prof Whitty has been harassed in public in the past but brushed off those incidents too. Earlier this month, a man in Oxford accused him of lying to the public about coronavirus. In February, a man accosted him in Westminster.

The harassment prompted debate at top level over whether he should be given a bodyguard. His deputy Jonathan Van-Tam was also abused in the street a week ago by an anti-vaxxer who accused him of poisoning then-Health Secretary Matt Hancock by giving him his first jab.

The Home Secretary said yesterday: “It’s important that we make sure that Chris is given the right kind of support.”

Scotland Yard said: “Officers were in the vicinity…and intervened when they saw what was happening. They spoke to the victim and checked his welfare. He had not suffered any injuries and informed officers that at that time he did not wish to make any allegations. Officers continued to speak to the two men and recorded their details. They were robustly warned about their behaviour and ordered to leave the area.

“Police remain in contact with the alleged victim. The incident has been recorded as a common assault and continues to be investigated.”

But speaking in the Lords, Health Minister Lord Bethell said Prof Whitty and Mr Van-Tam were “complete legends. We must look at the security of those that serve us so well”. Labour former minister Lord Rooker added: “If there are no arrests by the end of the day it will show how useless the Met Police is under its leadership.”