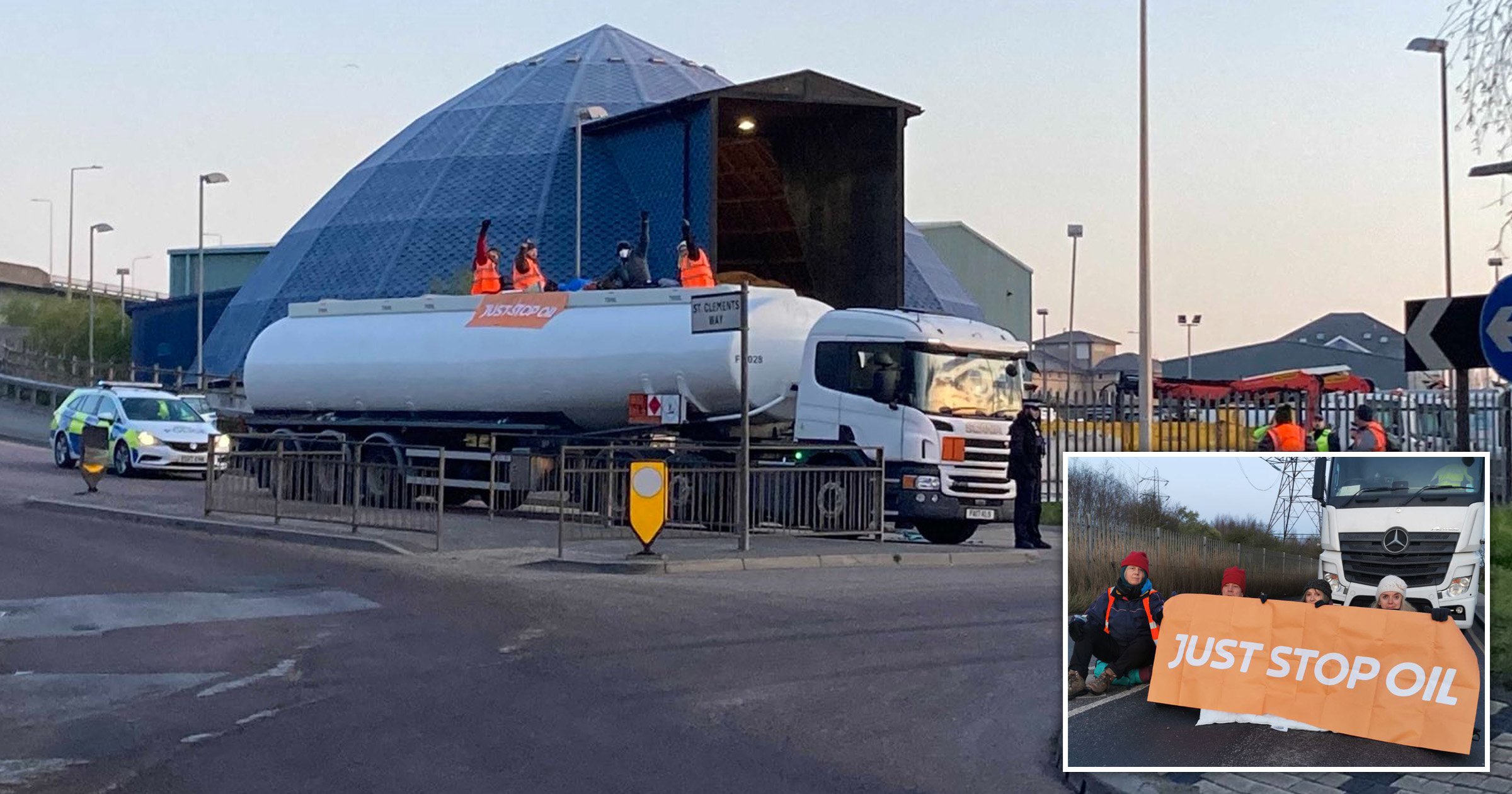 Activists from Just Stop Oil claim they have blocked access to the Titan Truck Park as they revealed a secret network of tunnels at the Navigator and Grays oil terminals in Essex.

The protesters are demanding that the UK government stops new oil and gas projects.

They said today’s tunnel activity at Grays and Navigator means the main and emergency access roads to the critical oil terminals are closed.

In a statement issued on Just Stop Oil’s website, the group said those occupying the tunnels had taken inspiration from the underground protest which halted HS2’s construction at Euston Square Gardens.

The group has said they are ‘reticent’ to provide details of their underground encampment, ‘refusing to divulge how many people are living below ground’, how ‘extensive’ the network is or if they have taken safety precautions when digging.

Activists sat on roads preventing tankers from leaving the sites from 4am.

Some glued themselves to the ground while others climbed on top of oil tankers.

In a series of tweets the campaigners gave a number of locations they planned to target, adding: ‘Fed up with a government burning your future – Join us on the road.’

ExxonMobil UK, one of the country’s largest privately-owned underground oil pipeline distribution networks, said it shut down three of its terminals as a result, and police from at least five forces were deployed to tackle the demonstrations.

The Met arrested 14 activists who broke into a facility at Bedfont Road in Staines, Surrey, while Essex Police detained 13 demonstrators at various sites, and West Midlands Police arrested six people at a terminal in Tyburn, Birmingham.

Police said arrests were made for offences including aggravated trespass, criminal damage and obstructing the highway.