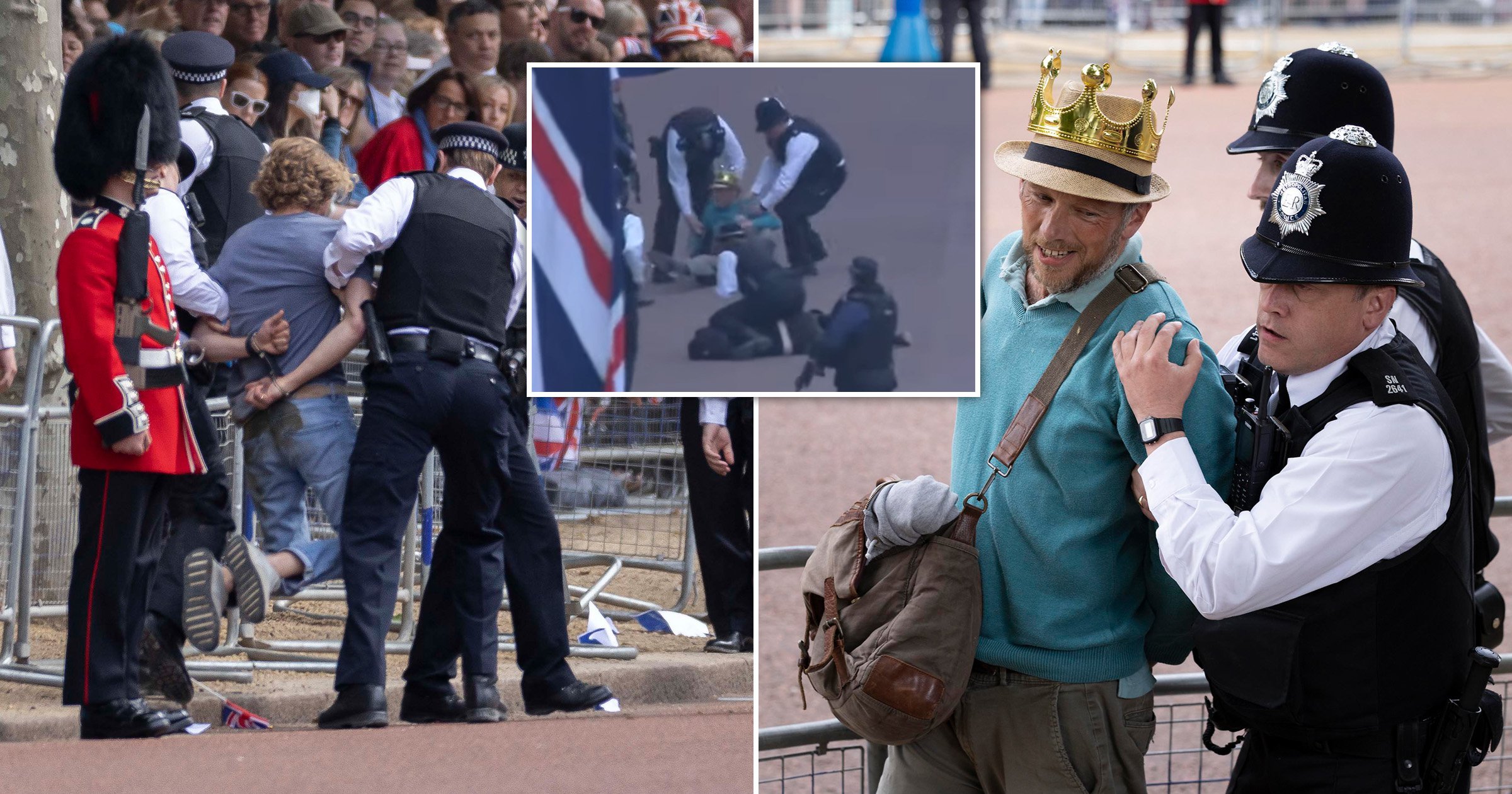 Animal Rebellion activists have disrupted Trooping the Colour before being dramatically tackled to the ground by police officers.

The demonstrators vaulted the fences near Buckingham Palace and got on to the mall with placards, before being stopped by security.

The vegan activists, one of whom was wearing a fake crown, accused the monarchy of having a ‘Royal disregard for all life’, as they called for the rewilding of Royal land.

Around 25 activists were planning to interrupt the procession this morning, in an effort to draw attention to the climate crisis during the Queen’s Platinum Jubilee.

But only a handful made it on to the road before being swarmed by armed police.

They did manage to disrupt the marching band before their protest was swiftly brought to an end.

One of those taking part, Beau King Houston, explained: ‘The royal family has had decades to lead the way on a just transition to plant-based farming and has failed to do so. This transition is common sense and simple, we all win.

‘76% of currently farmed land could be rewilded and absorb carbon from the atmosphere. This would restore nature, spare billions of animals, and present a solution to the climate emergency, all in one act.’

The Crown is one of the largest land owners in the country and activists are accusing the institution of climate ‘inaction’ and continued support for the meat, fishing, and dairy industry – seen by experts as a leading contributor to the climate crisis.

Seen as an offshoot for Extinction Rebellion, it has held a host of striking, peaceful protests calling for a ‘sustainable’, vegan food systems.

Robert Gordon, a spokesperson for the group, added: ‘These jubilee celebrations are set to cost the taxpayer tens, if not hundreds of millions of pounds.

‘All whilst we are struggling through the cost-of-living crisis and families across the country are increasingly reliant on foodbanks.

‘Instead, this obscene amount of money could have been used to provide instant food security and kick start a plant-based future where no child is left hungry or terrified by climate collapse. We must reclaim royal land for this.’