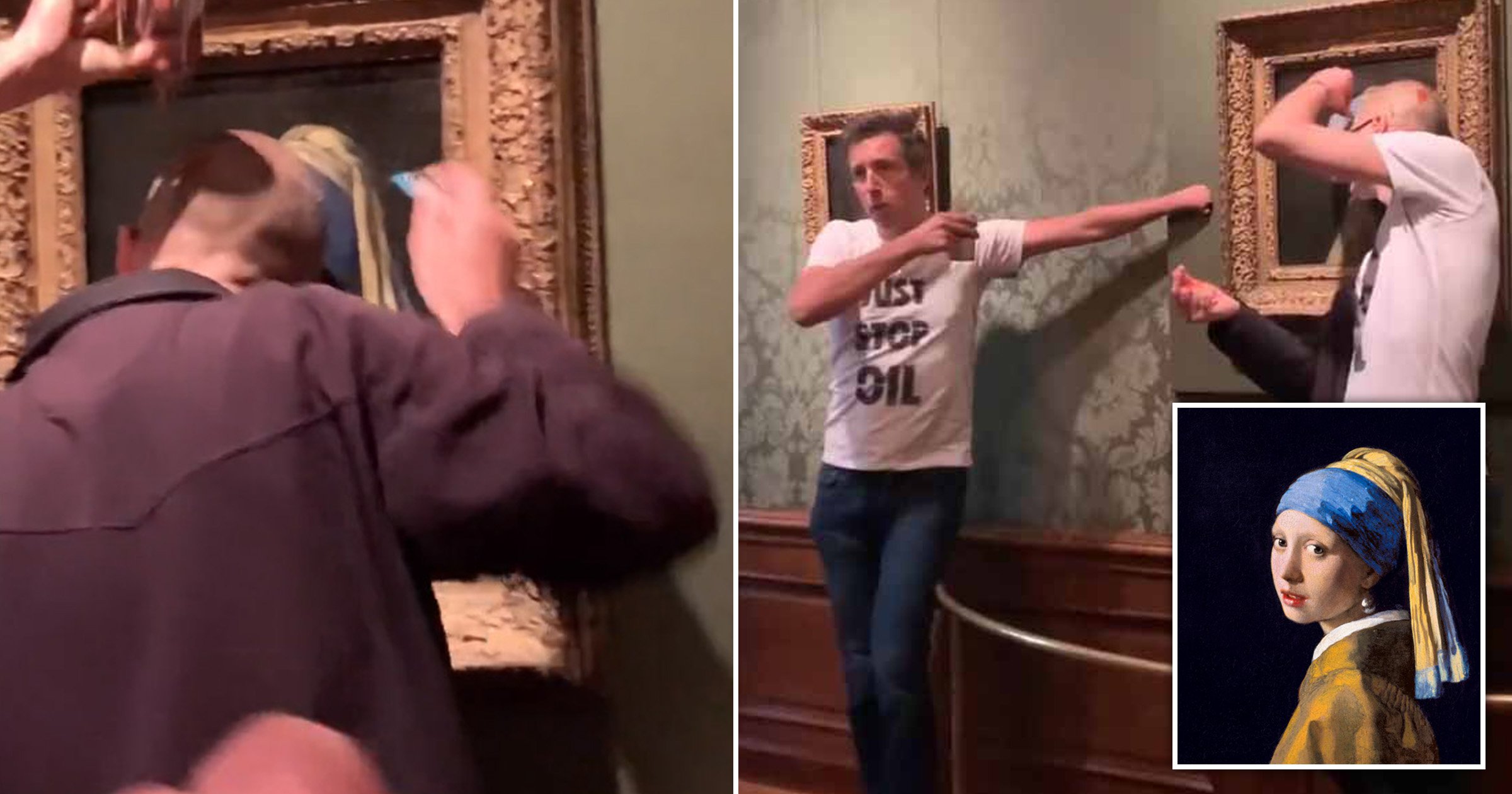 Climate activists have targeted Dutch painter Johannes Vermeer’s famed ‘Girl with a Pearl Earring’ at a museum in The Hague.

The Just Stop Oil protestors tried to glue themselves to the famous artwork but video footage shows them failing miserably.

Two men are seen wearing white t-shirts, and one activist can be seen trying to glue his bald head to the painting.

Dutch police have said three arrests had been made at a museum, but provided no details.

The artwork at the Mauritshuis in The Hague was not believed to be damaged, Dutch news agency ANP reported.

This morning they created a human barricade on a major junction in London – bringing traffic to a standstill.

Some glued themselves to the tarmac while others linked arms to block cars and buses from passing.

Last week two activists have threw mashed potatoes at Claude Monet’s ‘Les Meules’ painting before gluing themselves to the floor.

The activists entered the central London gallery on 14 October and hurled a load of foodstuffs at the painting – the Dutch artist’s iconic ‘Sunflowers’ – then glued themselves to the wall in their latest environmental protest.

After chucking the soup at the painting, one of the protesters then asked the gathered crowd: ‘What is worth more, art or life? Is it worth more than food?