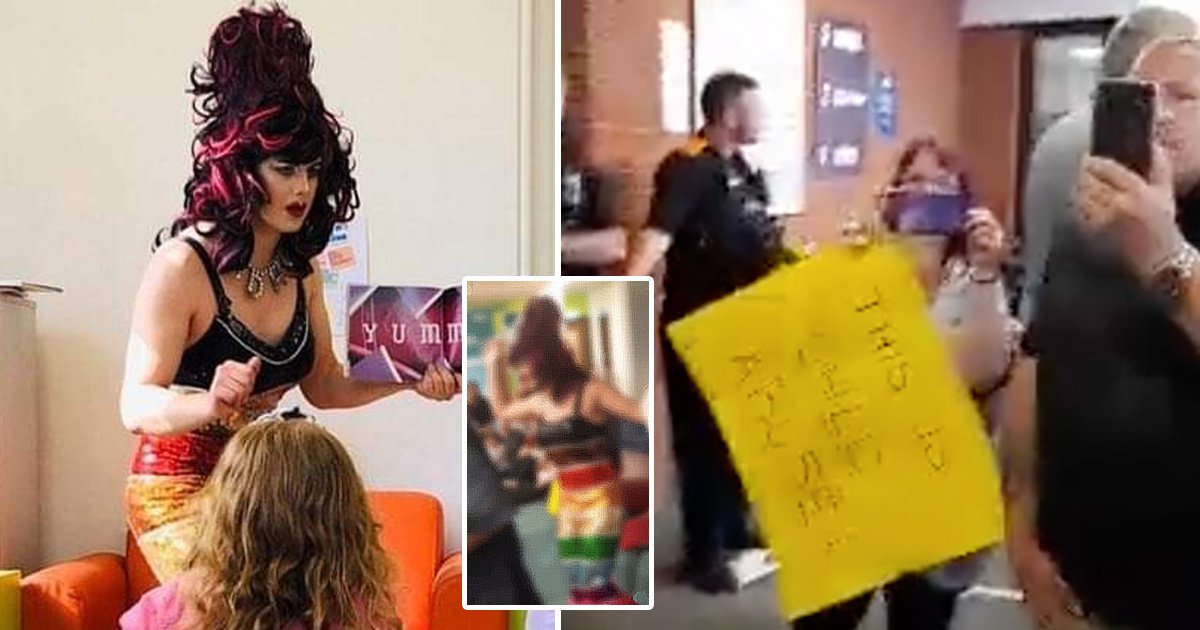 Parents had to cover their scared children’s ears when protesters interrupted a book event with shouting and screaming.

Sab Samuel, 27, runs Story Hour UK, a project where drag queens read books to children to show them that ‘being different is not a bad thing’.

While performing as his drag character Aida H Dee in Reading on Monday, Sab and the parents were branded paedophiles and groomers.

The angry protesters claimed to be protecting kids and ‘used a child as a trojan’ to enter the Central Reading Library.

Footage shows a woman shouting: ‘I think you parents here need to wake up. This is child-grooming taking place and you should be ashamed of yourself for wokism. It’s disgusting.’

She then continued to yell about ‘alter gynephilia’ and ‘paedophilia’ before library staff escorted her out.

One dad told Metro.co.uk: ‘I held my daughter’s hand while my friend covered her and her daughters ears. 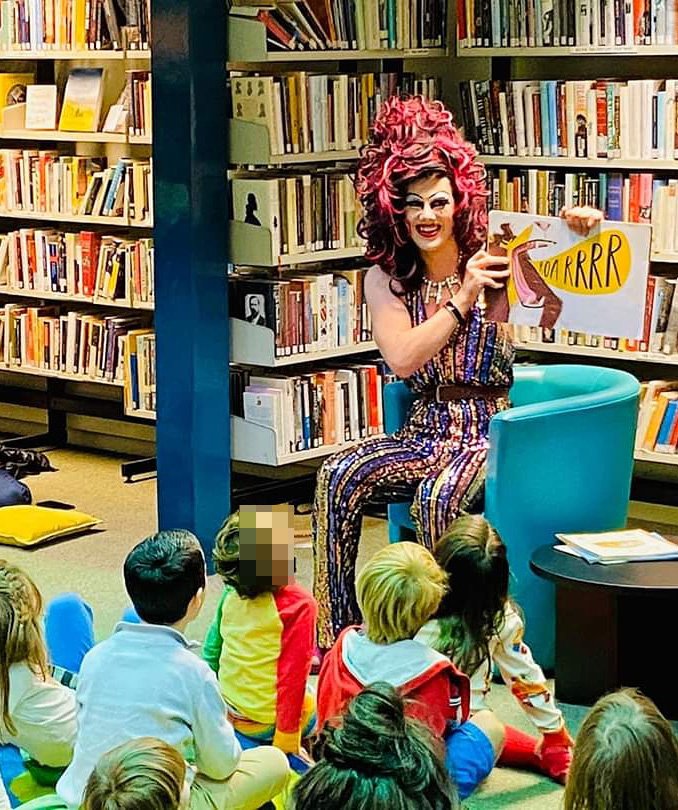 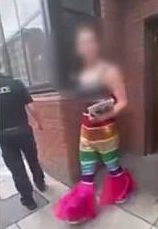 Protesters also stood outside the library taunting Sab and families attending the event.

Police had to escort Sab in and out of the building for his own protection – often to the shouts of ‘paedo protecters’.

A parent, who did not want to be named, believes the drama illustrated the point of Aida’s story.

Aida had read her book The Three Goats United to the kids, all between the ages of three and 11.

The story is about a pink goat who is encouraged by her friends to stand up to a wolf bullying her.

‘There is no need to shout over people or be bullies,’ the dad said.

Social media clips show the protesters discussing how games which involved hopping on one foot supposedly amounted to Aida grooming children to ‘do as they’re told’. 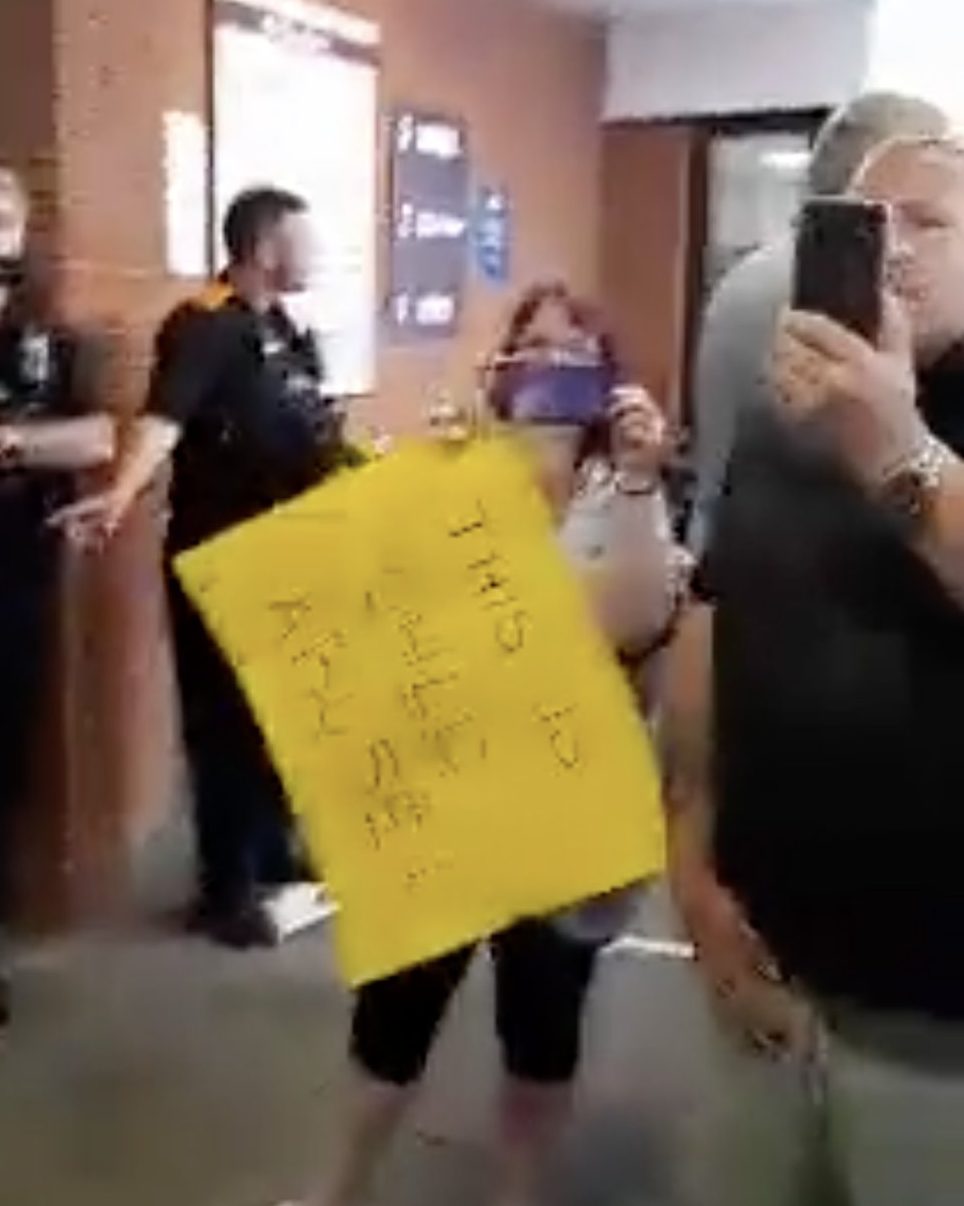 Activist groups have helped parents write letters to councils saying the events are ‘highly inappropriate given that the images of men dressed as women are highly sexualised’.

Sab told Berkshire Live: ‘I find it concerning that these parent groups choose to sexualise situations that are not at all sexual.

‘There is absolutely no sexual language during any of these shows nor are children exposed to sexual situations. To claim a person’s sole existence is sexual is insulting.’

But Sab also stressed that Monday’s event was a success despite the protesters’ efforts. He tweeted: ‘It was actually a really lovely day. Believe it or not, these protesters barely made a dent in how beautiful today was!’

Reading Borough council said: ‘We are saddened by the recent events at Reading libraries. It is extremely disappointing that a small group attempted to disrupt story time.

‘This was a ticketed event and all parents attending were aware of the nature of the performance. It is regretful that some people chose not to respect parental choice.’