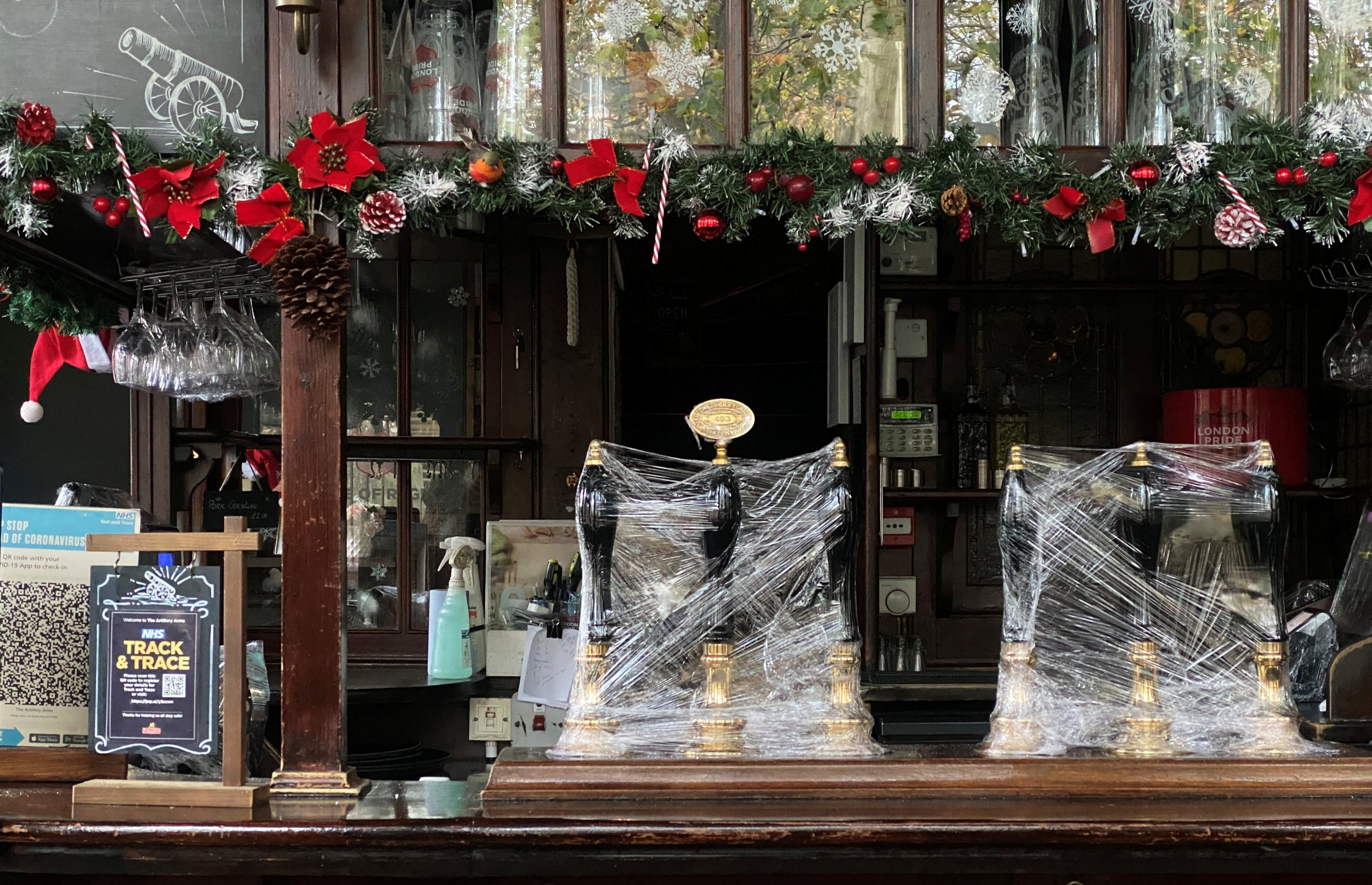 A major pub chain has closed its busiest boozers ‘indefinitely’ as its boss slammed the Government’s ‘pitiful’ support for the industry.

Fuller Smith and Turner’s chief executive Simon Emeny slammed ‘mixed messages’ from ministers over the Omicron variant, which is spreading rapidly across the UK.

He said boozers have been hit with a ‘double whammy’ of nervous customers cancelling bookings and too many staff having to isolate with Covid-19.

While pubs and restaurants have not been ordered to close or limit group numbers, Mr Emeny says the Government’s messaging is putting punters off.

He advised Brits to ‘prioritise what matters to them’ when considering whether to attend Christmas parties or celebrations.

This was echoed by Boris Johnson, who said people should ‘think carefully’ before attending events.

But figures in the hospitality industry say remarks like this have dealt them a blow, having taken a hammering since the first national lockdown in March 2020.

Despite it being the busiest time of the year, Mr Emeny says he’s been left ‘no option’ but to close 20 Fuller’s pubs.

He told Sky News: ‘Operating a large number of units in central London, we’re really in the eye of this hospitality challenge.

‘Being out last night in the centre, it was very, very quiet. The reality in London is that our sales are currently down between 60 and 80%

‘As a result, we are closing 20 of what would have been our busiest sites indefinitely.’

He said the government’s support for his struggling industry has been ‘pitiful’, adding that there’s ‘very little financial support for anybody at the moment’.

Mr Emeny added: ‘Engagement with the sector over the last three weeks has been very, very late – and very rushed.’

He said ‘mixed messages’ from the Government over the Omicron strain are ‘clearly not helpful’ for the hospitality industry.

‘But clearly the government are being given scientific advice and are attempting to navigate this current crisis.

‘But the only way through this though, having given those mixed messages to customers, is to give financial support to the sector. The country needs a vibrant hospitality sector coming out of this.

‘My worry for everybody at the moment is those staff that aren’t going to be working on Monday who have got families to feed over the Christmas period, who are working for companies who now have zero sales.

Some bars and restaurants told Metro.co.uk how they decided to close voluntarily for the rest of the year to prevent their staff having to isolate over the festive season.

While many felt they could survive the winter, they warned others were in serious trouble and called for a slashing of business rates or a return of flexible furlough to help get them through.

Johnson is said to be considering three options to deal with the rapid spread of Omicron, one of which would be a full lockdown.

Confirmed cases of the more infectious strain have risen by more than 12,000, according to the latest data on Sunday.

But the true figure is thought to be multiples higher and fuelling the surge in cases which has seen the UK report around 350,000 new cases in four days.

According to the Daily Telegraph, the options being considered by Johnson range from guidance asking people to limit indoor contacts, to rules on household mixing, social distancing and an 8pm curfew on pubs and restaurants.

The most extreme course of action could be another full lockdown, as has been announced in the Netherlands.

But Johnson is likely to face serious pushback from ministers, one of whom said they would be willing to quit if lockdown was reimposed.

Sir Patrick Vallance, the chief scientific adviser, told ministers at the weekend that new restrictions should be introduced as soon as possible to avoid overwhelming the NHS.

But around ten top Tories are thought to be opposed, including the front runners to replace Mr Johnson, Chancellor Rishi Sunak and Foreign Secretary Liz Truss, according to The Times.