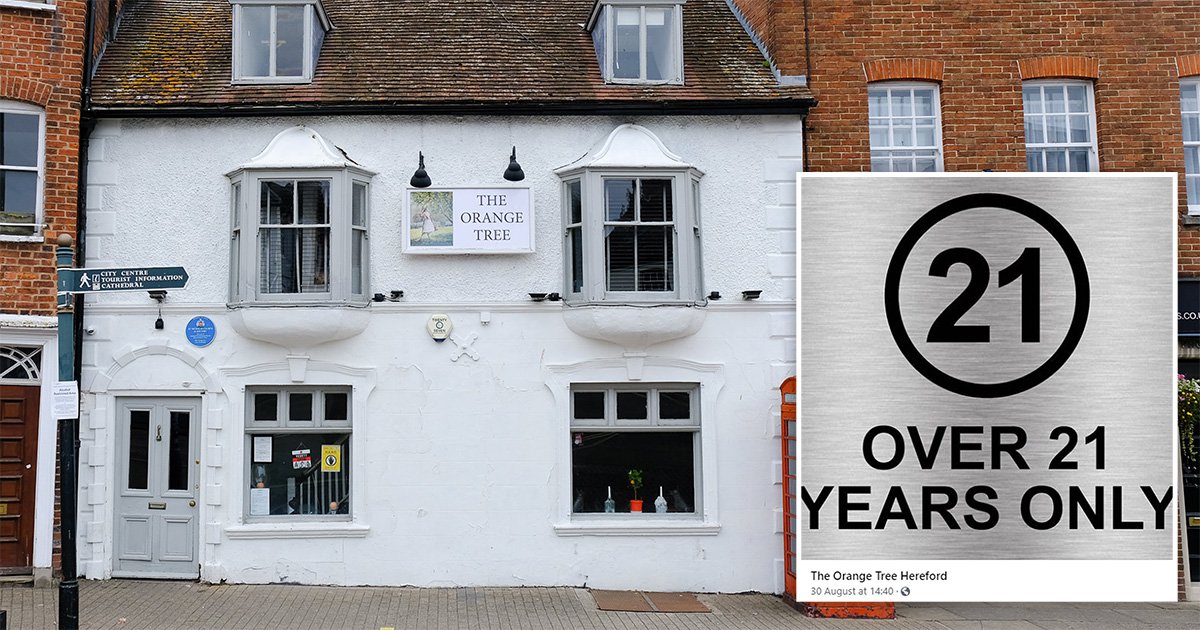 Young chavs, roadmen, bum bags wearers and people in hoodies, tracksuits or Stone Island clothing have all been banned from a pub in Hereford.

Landlord Brian Hoyle has also made the Orange Tree an over-21s-only boozer on Fridays and Saturdays.

He introduced the clampdown because ‘they don’t know how to behave’, but his former punters blasted the new policy as discriminatory and classist.

Hereford student Neil Finley, 19, said: ‘I think what he’s doing is very shallow. Has he never heard of not judging a book by its cover?

‘It’s age discrimination pure and simple, and once again young people are all being unfairly tarred with the same brush.

‘Why don’t you just ban anybody who causes trouble rather than singling out everybody under a particular age who happens to wear a hoodie?’

Jacob Astley, 22, said: ‘I understand that some young people play up after having a few too many, but to slap a label on all of us is completely wrong.

‘So somebody in a £400 Stone Island jacket isn’t welcome but if I turned up in a pair of £5 Primark trousers, I would be ok? It doesn’t make sense.

‘Its class discrimination as well, a lot of people wearing these clothes are working class lads. They are being singled out because of their social class.’

Mr Hoyle took over the Orange Tree last summer and said he brought in the bans as part of his plan to make it a ‘proper’ Hereford pub again.

He said: ‘The youngsters don’t know how to handle themselves in a pub.

‘A lot of them turned 18 during lockdown and are just misbehaving to be fair, and putting off other customers.

‘There’s probably people in their 40s or 50s who wear it (Stone Island and sportswear), but it’s the young ones who are causing trouble.

‘There’s a lot of young chavs, or roadmen, with bum bags in Hereford, if you know what I mean, who have been frequenting the pub and they don’t know how to behave.’