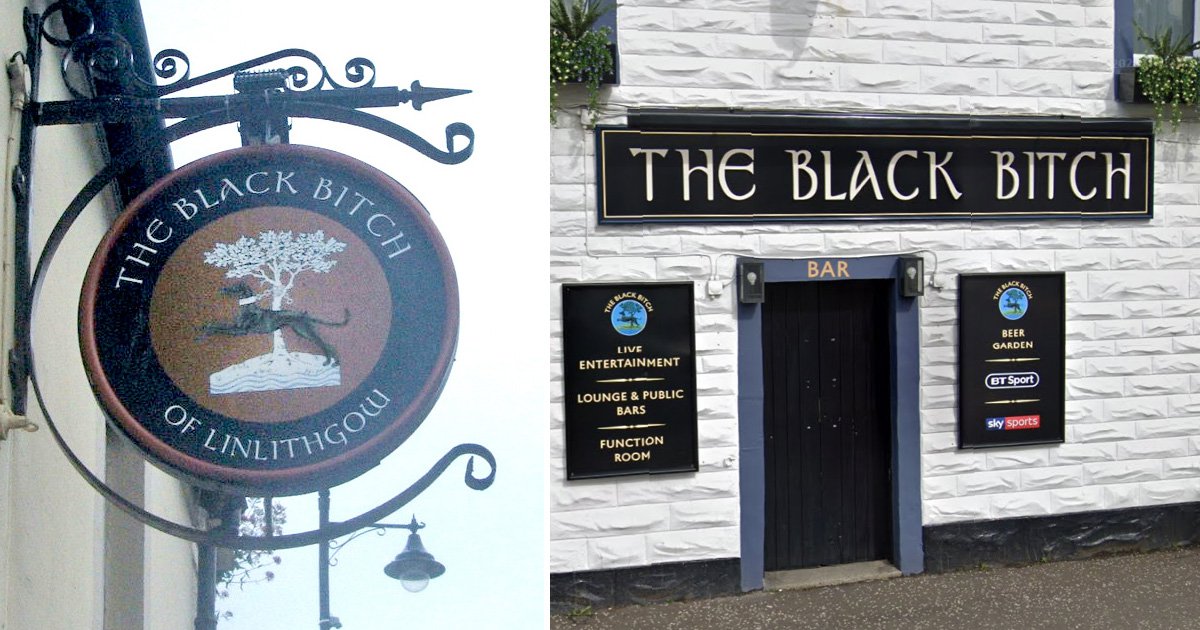 Controversial plans to change the ‘possibly racist’ name of a 350-year-old pub are set to be decided by the Scottish government.

Brewing giant Greene King announced back in February that it would rename the Black Bitch, a popular 17th-century pub in Linlithgow, West Lothian, which carries the name of a legendary black greyhound with a statue in the town.

The historic venue is to be rebranded as The Willow Tree following a heated public consultation.

But the plans sparked a chorus of condemnation across the local community, with even town native and ex-SNP first minister Alex Salmond speaking out against them.

He said last year: ‘Whoever they consulted on this silliness certainly wasn’t local where the name Black Bitch is borne with pride as showing awareness and respect for Lithgae’s rich history.’

More than 500 objections were submitted from dogged campaigners, blasting the owners for trying to be ‘woke’.

A petition to stop the move also gathered more than 11,000 names, with Linlithgow itself having under 13,000 residents.

It has now emerged that the company has turned to the government in a bid to have the move rubber stamped after West Lothian Council deferred the planning decision.

The brewers claim councillors hope to encourage heritage bosses to include the pub name in a protected listing to avoid the name change.

An appeal on Greene King’s behalf stressed it is not for the council to ‘control the name of the premises’.

It read: ‘It was made clear to the council’s Development Management committee both within the officer report and verbally at committee that it is not for the council to control the name of the premises and that there are no planning grounds for either advertisement consent or listed building consent being refused on this basis.

‘It was also made clear that Historic Environment Scotland had been consulted and have raised no objection.

According to the West Lothian History and Amenity Society, the term ‘Black Bitch’ has been associated with the town for more than 700 years.

Those who signed the Change.org petition argued that Greene King are ignoring local history by wanting to rename the pub.

Some argued this is ‘political correctness out of control’ and ‘a classic case of pointless virtue signaling’.

‘Natives of Linlithgow are proud to be known as “Black Bitches”; it is a term of affection with no negative connotations,’ the society said.

‘The term describes a female canine, rightly called a bitch which is black in colour – nothing offensive, no misogyny involved.

‘Greene King have jumped to the wrong conclusions and read something into the name which does not exist.’

But Linlithgow Civic Trust argued that there is ‘nothing racist’ about the name the Black Bitch.

A statement said: ‘It accurately describes a female canine with a black coat.

‘We note that Greene appear to have no plans to change the names of their public houses called The Black Horse or The Black Bull.’

Metro.co.uk has contacted West Lothian Council for a comment.