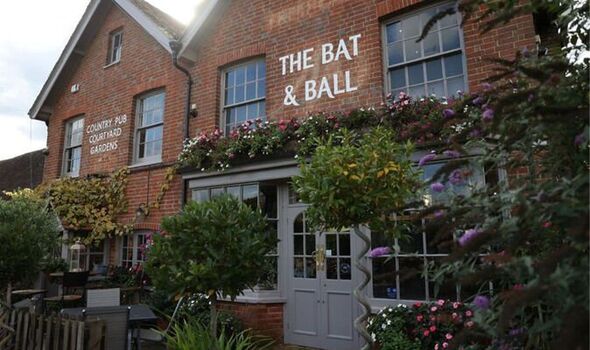 A rural pub has announced it will reignite its electricity-free ‘Blackout Nights’ this week, where customers are invited to an atmospheric candlelit dining experience. Just 15 minutes from Horsham, Sussex, The Bat and Ball Country Pub, and Haywards Restaurant, revealed it has decided to continue its themed nights following its “unprecedented” success.

Between Billingshurst and Wisborough Green, the pub first started their ‘Blackout’ nights before the pandemic, reports SussexLive. After announcing that they would resume the event, the venue saw an “unprecedentedly” quick sell-out this week (Thursday, October 13), while plans for regular ‘blackout nights’ are also in the pipeline.

He added that the experience is like “going back in time” because customers are welcomed into the rural setting of a wood-beamed restaurant with log fires, candlelit tables, acoustic music, and handwritten receipts.

“You don’t realise how loud the hum of the tills being on, the lights being on, and the speakers being on is. That little bit of ambient background noise, when that all goes off for a little bit, it’s kind of like that feeling when you get a power cut. You notice that drop in volume.”

The pub’s blackout nights have evolved since the first one – which Dan described as an “origins story” with a genuine power cut – so they now do see some “non-negotiable” electricity used. This includes for things like card machines, the kitchen, and for safety.

Dan concluded: “It’s just completely background restaurant noise though. It’s really dampened down and there’s a moment before everyone gets here when there’s a moment of silence and everything goes off.”