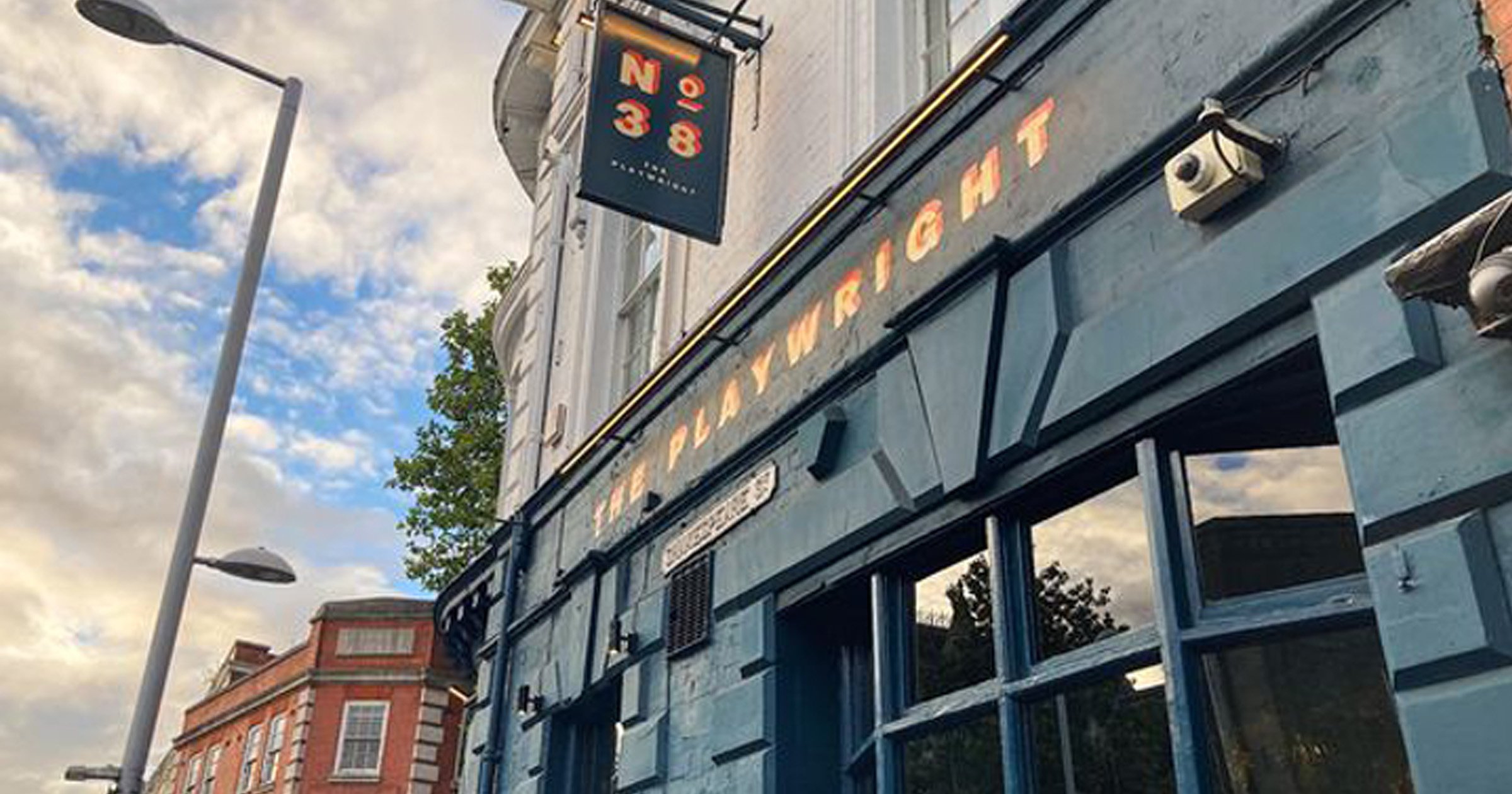 A pub in Nottingham is to hold girls-only nights following reports of a number of women being spiked with needles.

The Playwright will hold the event once a week, and men will not be allowed inside on the night.

Only female staff will be working at the venue, near Nottingham Trent University’s city campus, meaning food won’t be available as the pub’s chef is a man.

The first girls-night is set to kick-off on Wednesday, November 3, running from 6pm until close.

Usually the pub shuts at 11pm, but manager Josh Wheelhouse said it could extend its closing hours.

He told the Nottingham Post staff are ‘very excited’ to be putting the plan into action.

‘I have already spoken to a couple of societies at Nottingham Trent University, and we will actually organise workshops to educate women on what to do in situations that would put them at risk,’ he said.

A female-only band will also be on there on the night to entertain the crowd, and the event could be turned into a mini club-night.

Mr Wheelhouse added: ‘I was a bit hesitant to do this – because I did not want to be perceived by others as the guy who is trying to make money out of this terrifying thing that happens to women. I felt like I needed to do something.

‘My girlfriend, who is a community welfare officer, has encouraged me to do this after she told me that many spikings do not even get reported. It is very scary and terrifying.’

A large bulk of reports of women being spiked with needles in recent weeks have come from Nottingham, although police forces elsewhere are also carrying out investigations.

Victims have told how they blacked out in the city’s nightclubs and have woken up without remembering anything, only to notice a pin prick and a part of their body feeling sore.

The exact nature of how these spikings and the drugs being used by perpetrators remain unclear.

Experts are divided over how widespread the issue is, with some claiming it would be very difficult to administer a drug through a needle in a busy club with no one noticing.

But others have said a thin enough needle could be inserted without the victim feeling much, and much of it will depend on how big a needle is needed for a particular drug.

Whatever the case, the recent scare has raised public awareness of an apparent rise in spiking in general – including cases where the perpetrator slips something in their victim’s drink.

While a number of drugs could be used for this, experts say adding more alcohol to someone else’s drink is the most common method used by predators.

Founder of the Global Drugs Survey, Dr Adam Winstock, told BBC Newsbeat: ‘Needles have to be inserted with a level of care – and that’s when you’ve got the patient sitting in front of you with skin and no clothes.’

He said it would be ‘difficult’ to keep a needle in someone’s skin long enough to administer all of the substance.

Dr Winstock added: ‘Normally you’d have to inject several millilitres, that’s half a teaspoon full of drug – into somebody. That hurts and people notice.’

But cosmetic doctor and women’s health specialist Dr Shirin Lakhani said some needles are so thin you can ‘barely feel’ them.

She added: ‘If someone’s had a drink or so, they might be less inclined to feel the scratch of a needle.’

Dr Lakhani pointed out that people with no medical training, such as diabetics, are able to inject their own insulin easily enough.

London-based GP Dr Veena Babu said that while opinion may be split, if women are reporting that they have been spiked and have noticed pin pricks or bruise marks, then ‘we have to respect what they’re saying’.