Mourners Jack and Zoe met while queuing in the long line which leads to Westminster Hall to pay respect to the late monarch. Following their encounter, the two strangers, interviewed by Channel 4, recalled their unexpected encounter and described themselves as having “loads of things in common”. Since the interview and in reference to the encounter, members of the public have been supporting the pair and pushing for a sequel to the emblematic romcom Love Actually with the title “Queue Actually”.

The two strangers, Jack and Zoe, met in the five-mile-long queue that heads to Westminster Hall to pay tribute to the Queen.

Speaking with Channel 4, the two mourners described their unexpected encounter and revealed that they had just met while queuing to see the Queen’s coffin.

In the interview, Jack and Zoe said they had been in the queue for over 13 hours but said while speaking in the line they found out that they have “loads of things in common”.

When asked about the encounter, Zoe said meeting Jack was a “blessing in disguise” as they kept each other entertained with “crisps and chats” while waiting in the long queue. 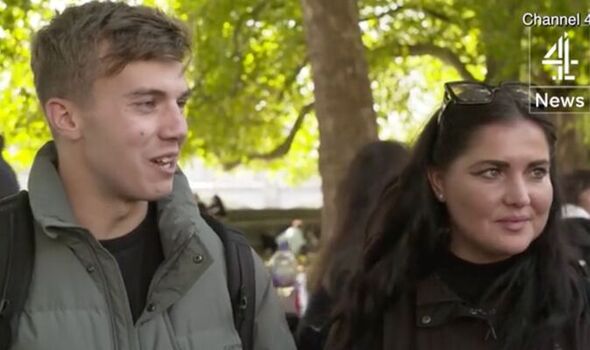 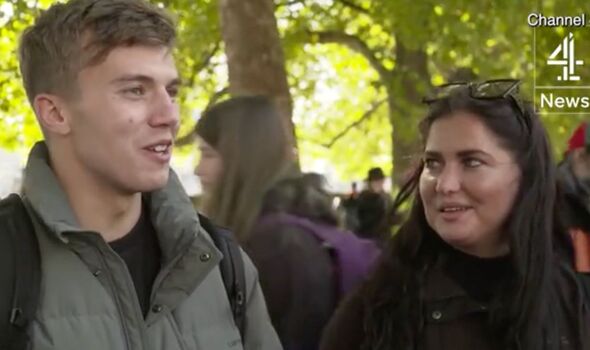 Jack also told Channel 4 News’ Minnie Stephenson, who interviewed the pair: “We met at 10.30pm last night and we’ve been throughout the whole thing untill now”.

Ms Stephenson also asked the pair about their future plans and whether they intended to stay in touch after their visit to Westminster Hall.

Jack also added: “‘We’re going to the funeral together on Monday”.

In reference to their plan to watch the Queen’s funeral together, Zoe also revealed that she was going to have “mixed emotions” during the funeral on Monday and she wanted to “share that moment with someone else”.

Referring to the moment they will be paying tribute to the Queen, Jack also said: “It’s going to be sombre, really. Seeing the Queen go down through to Windsor – it’s going to be weird to see really”.

Since the interview and the revelation from the two mourners, Twitter users have been supporting the two pair and, in reference to the romcom Love Actually, users have been suggesting a possible sequel to the firm with the time “Queue Actually”.

Twitter user @BDStanley wrote, also in reference to David Beckham’s appearance in the queue: “Richard Curtis romcom called The Queue, back end of 2023, a cameo by David Beckham. Just warning you”. 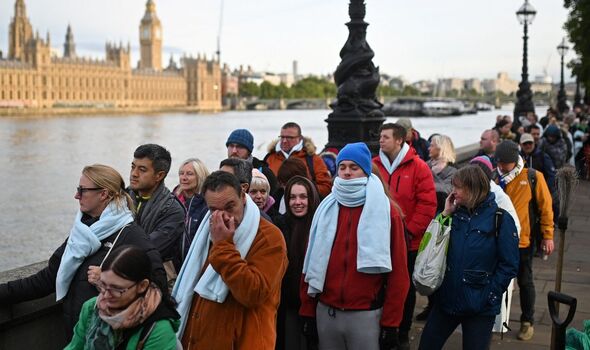 User @vickyyyf suggested a similar idea, adding Holly Willoughby and Phillip Schofield, who did not enter Westminster Hall via the usual route, as possible villains in the plot.

He wrote on Twitter: “Love Actually: the queue. Starring these two, David Beckham as the cameo here and Holly and Phil as the baddies”.