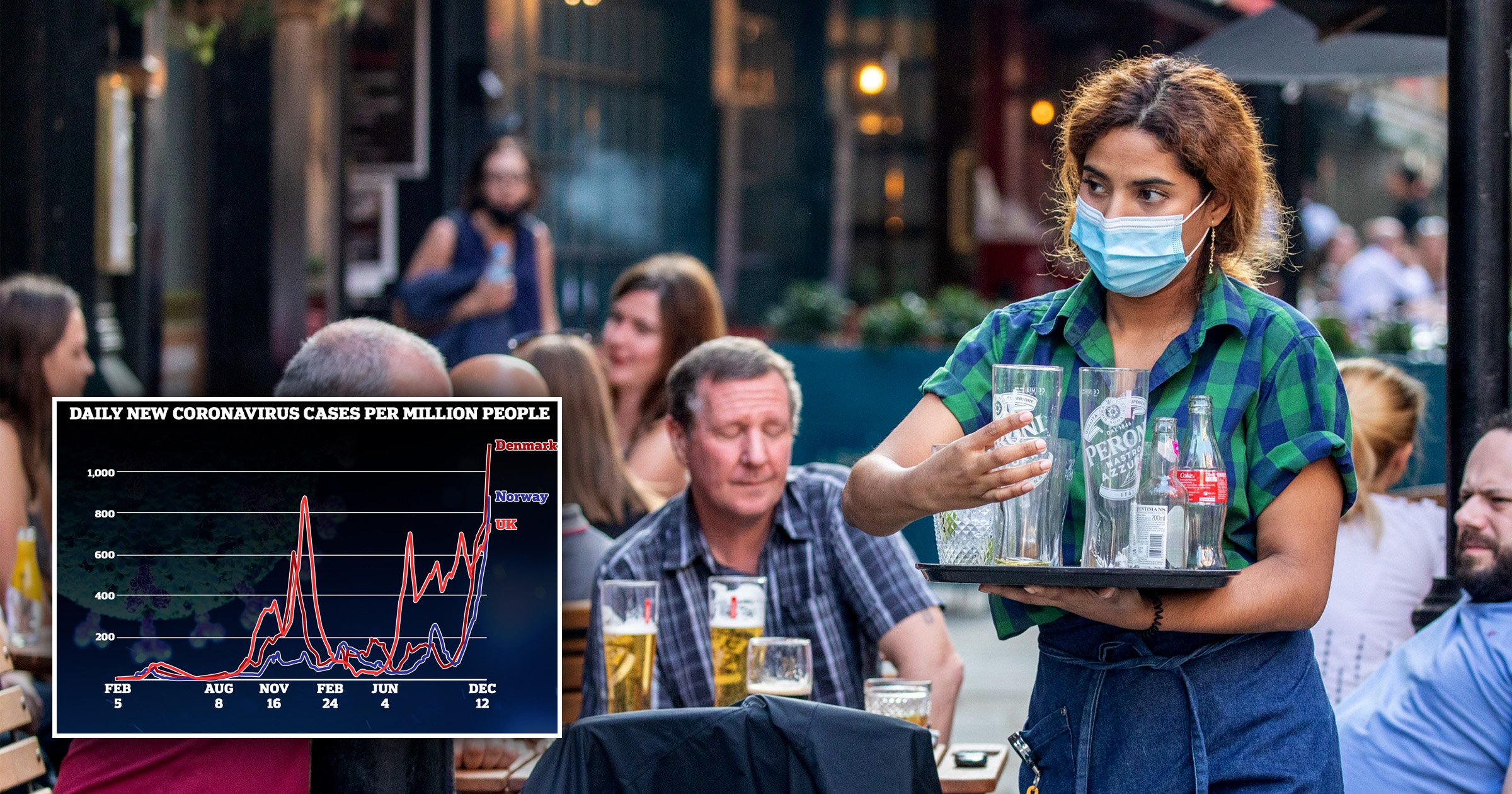 Pubs and restaurants could be shut in the next few weeks under a secret Omicron contingency plan, it’s claimed.

Limits on the number of people allowed to gather in these spaces could reportedly be introduced after Whitehall officials prepared new measures.

But New Year’s Eve parties could even be cancelled as the Government considers closures, according to The Sun.

A source apparently told the newspaper: ‘You will be able to see your family at Christmas, but at this rate, you might not be able to do it in a pub. As for New Year’s Eve, that is a different story.’

Businesses will be supported if Boris Johnson closes the hospitality industry to tackle the Omicron variant, The Times reports.

Senior Government sources said it was too early to comment on whether such measures might be necessary, adding that a range of options were being created.

But Health Secretary Sajid Javid has insisted he is ‘not aware of any plans for further restrictions’ as MPs are asked to vote on Plan B today.

The Department of Health pointed Metro.co.uk to his comments from yesterday, saying: ‘We are focused on the regulations that are coming before the House and will be subject to the will of the House.’

One person infected with Omicron has died in the UK, although it’s unclear whether they were vaccinated or if they had underlying health conditions.

Officials confirmed 10 people have been hospitalised with the new variant after Deputy Prime Minister Dominic Raab wrongly reported the figure at 250 this morning.

There are now 4,713 confirmed cases of it across the UK. But Health Secretary Sajid Javid said yesterday it’s feared the true number stands at 200,000.

A few weeks after it was detected in Britain, Omicron is expected to become the dominant strain of coronavirus in London today.

Boris Johnson has said the strain will be responsible for the majority of cases across the capital by Tuesday, warning of a ‘tidal wave’ of infection.

But cases may be harder than usual to detect as lateral flow tests are unavailable on the Government website for the second day running.

The Government has vowed to give every adult a booster jab in the next two weeks, although experts have warned this will put the NHS under enormous pressure.

Experts in South Africa, where the variant was found, have insisted Omicron produces a mild version of Covid.

Dr Angelique Coetzee, head of the South African Medical Association, says ICU wards in her country are not full and only one or two hospitals are seeing an increase in admissions.

But the prime minister rejected expert claims that the variant is of low concern on Monday.