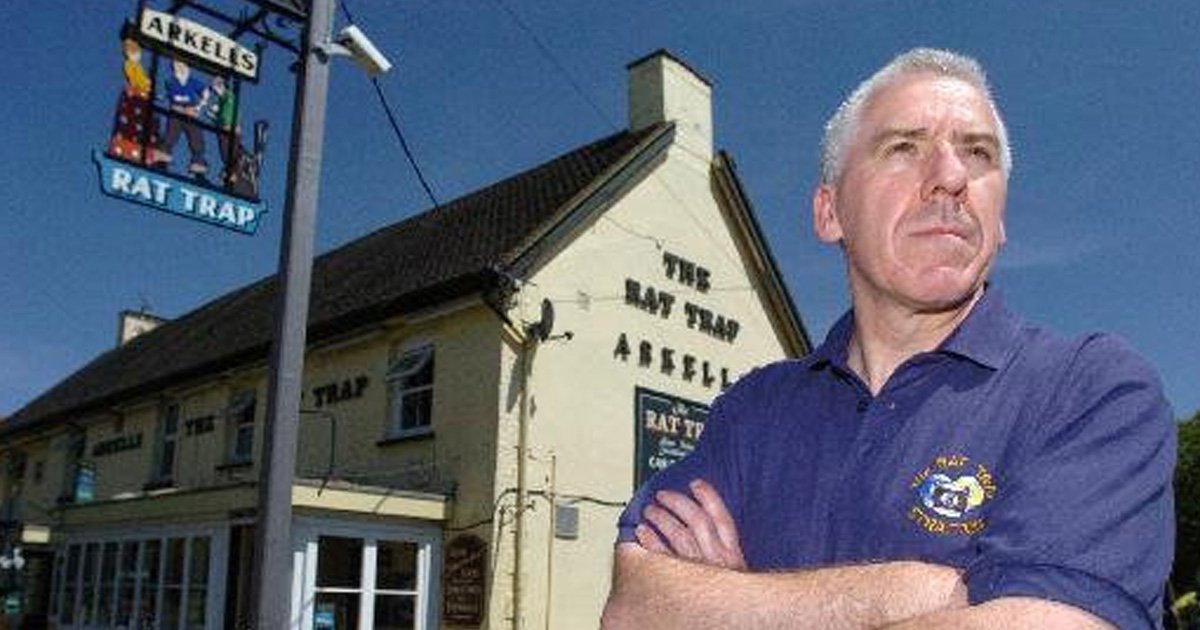 The pub trade has reacted with dismay to the Prime Minister’s confirmation that the final ‘Freedom Day’ reopening will be delayed.

Boris Johnson has postponed the last step in the lifting of coronavirus restrictions for four weeks amid the rapid spread of the Delta variant first detected in India.

Pub owners and industry representatives said the setback will hit trade at venues which will have to keep social distancing measures in place.

The Prime Minister said this evening that it was time to ‘ease off the accelerator’ and ‘save many thousands of lives’ as he called off the planned June 21 reopening.

The milestone has been shifted to Monday, July 19 in order to safeguard what he described as an ‘irreversible roadmap to freedom’.

The Campaign for Real Ale (CAMRA) greeted the announcement with a call for further financial support to be made immediately available to pubs.

Mark Richardson, landlord of The Rat Trap in Swindon, Wiltshire, told Metro.co.uk that Government support was no substitute for normal trade.

The pub has a large outdoor space, which includes a marquee and car park that have been used in previous years for music festivals and other events.

Mr Richardson said: ‘It’s yet another setback. The Government can’t keep hammering the hospitality industry, it has to look at the borders and the way flights have been handled.

‘The pubs have done all they can to make people safe, we’ve invested thousands of pounds in social distancing, hand-sanitising and indoor and outdoor one way systems to keep people safe.

‘It’s reduced our business by 50% and we’ve got the same bills coming in.

‘We’ve got to the point where we’ve had enough.

‘We’re thankful for the help from Rishi Sunak but the support has been gobbled up by the costs of the precautions and lockdowns. The financial support is nowhere near as good as normal trade.’

Frank Maguire, of Truman’s Beer, looked beyond the four-week pause to a full reopening at the brewery and pub operator’s venues in London.

The 350-year-old brand runs Truman’s Social Club in the East End, which is thought to be the UK’s largest beer hall and doubles up as cultural space.

Mr Maguire told Metro.co.uk: ‘I don’t think it’s any surprise and providing it is just the four weeks, it’s better for us to continue operating with the current conditions to avoid a future lockdown.

‘It will have a devastating impact on certain parts of our sector such as nightclubs who were preparing for reopening for the first time in over a year and I really feel sorry for them.

‘It is crucial that the Government must extend adequate support levels to businesses which cannot operate profitably or operate at all.

‘Hopefully this extension will allow the vaccines to kick in amongst the younger age groups and allow us to finally operate fully in the coming weeks.’

CAMRA National Chairman Nik Antona called for the licensed trade to be given further financial support to keep it afloat.

Mr Antona said: ‘Confirmation of a delay to the June 21 easing of restrictions is awful news for publicans and means that the Government must immediately announce an additional financial support package today.

‘Just last week, the British Institute of Innkeeping released data showing that one in 10 pubs expect to fail if easing of restrictions was delayed – so roughly four thousand pubs closed to their communities.

‘This is grim news for hard-working publicans across England who have been subjected to unfair and unevidenced restrictions from Government throughout the pandemic.

‘This is also bitterly disappointing for consumers, who are looking forward to a return to the authentic pub experience – with service at the bar and an end to restrictions on group sizes.

‘Pubs matter to people and communities – it would be devastating for Government to let them fall at the very last hurdle.

‘That is why the Government must announce top-up grant funding, extend the furlough scheme and business rates holiday, and do something to fix the rent debt crisis immediately.’

A Treasury spokesperson said: ‘We know how important pubs are for local communities. Pubs have received Restart Grants worth up to £18,000 per pub to support them with reopening, and will continue to benefit from business rates relief worth 75% across the whole year for most businesses, a VAT cut, and the furlough scheme.’