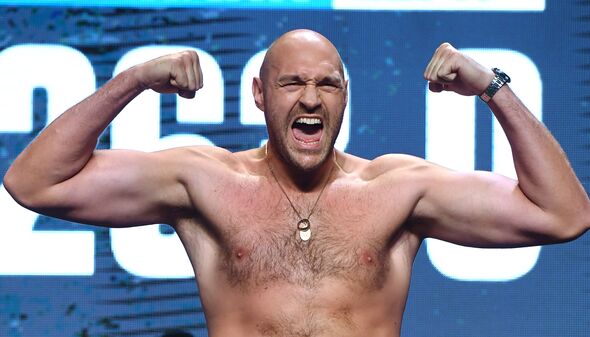 A dog breeding business run from a property owned by Tyson Fury is under investigation over animal welfare concerns. Animals were said to have escaped from the site on Coastal Road, Hest Banks, Lancs, last week and posed a “danger to motorists”.

The MailOnline reports the dogs were fleeing a property bought by the world-beating boxer three years ago and the building has been scrutinised before over conditions canines are being kept in.

There is no suggestion the renowned sportsman is connected to the dog breeding business in any way or that he is aware of any animal welfare concerns.

But Lancaster City Council told the Mail they attended the property responding to reports that dogs had escaped from the premises.

The house is just a short drive north from the quiet resort town of Morecambe where Tyson Fury famously lives.

It’s reported the two-time Heavy-weight Champion owns the semi-detached building on Coastal Road and land at the back of through a purchase by his company Tyson Fury Ltd in 2019.

It’s reported the dog breeding business is run by Emily Sutcliffe, 26, and her business partner Jack Reay, who are listed on Companies House as directors of Pets R Us & Fertility Clinic, Morecambe Ltd.

The agenda from the council licence revocation meeting in June 2022 states some animals were held in “complete darkness” and puppies and dogs were being kept with “no heating, no water and no food”.  A total of 16 adult dogs and 9 puppies were found in dingy stable blocks last summer, many of them covered in their own faeces.

Despite the pair apparently being no longer able to breed dogs an eyewitness told the local website Donkeyjunk.com that conditions appeared similar still to the findings of the report.

They said: “The state of the place was awful. The smell, the dogs were so happy to see people but they were covered in their own waste. No water, no food, their beds were covered in waste. Awful that this is allowed to happen.”

Another person on the website said: “They are always escaping. All they want is some food and some love, none of which they get there.”

They said: “The owner of the dogs was made aware of the incident and returned home as soon as she was informed.

“In line with our normal investigation procedure, officers visited the domestic premises earlier this week to follow up the incident with the resident and the witnesses who stopped to help recover the animals. These investigations are still ongoing so we unable to provide further details at this time.”