Vladimir Putin said it would be ‘disgusting’ to see Western leaders going shirtless after they poked fun at his macho image at the G7 summit.

The Russian president was asked about jokes made at his expense earlier this week, when Boris Johnson joked: ‘Shall we take our clothes off? We have to show we’re tougher than Putin.’

Canada’s Justin Trudeau then cited the dictator’s topless photos, saying, ‘We’re going to get the bare-chested horseback riding display’, before the PM quipped: ‘We’ve got to show them our pecs.’

Putin hit back at a summit in Tajikistan, telling reporters: ‘I don’t know exactly how far they wanted to get undressed, above or below the waist. But I think, either way, it would be a disgusting sight.’ 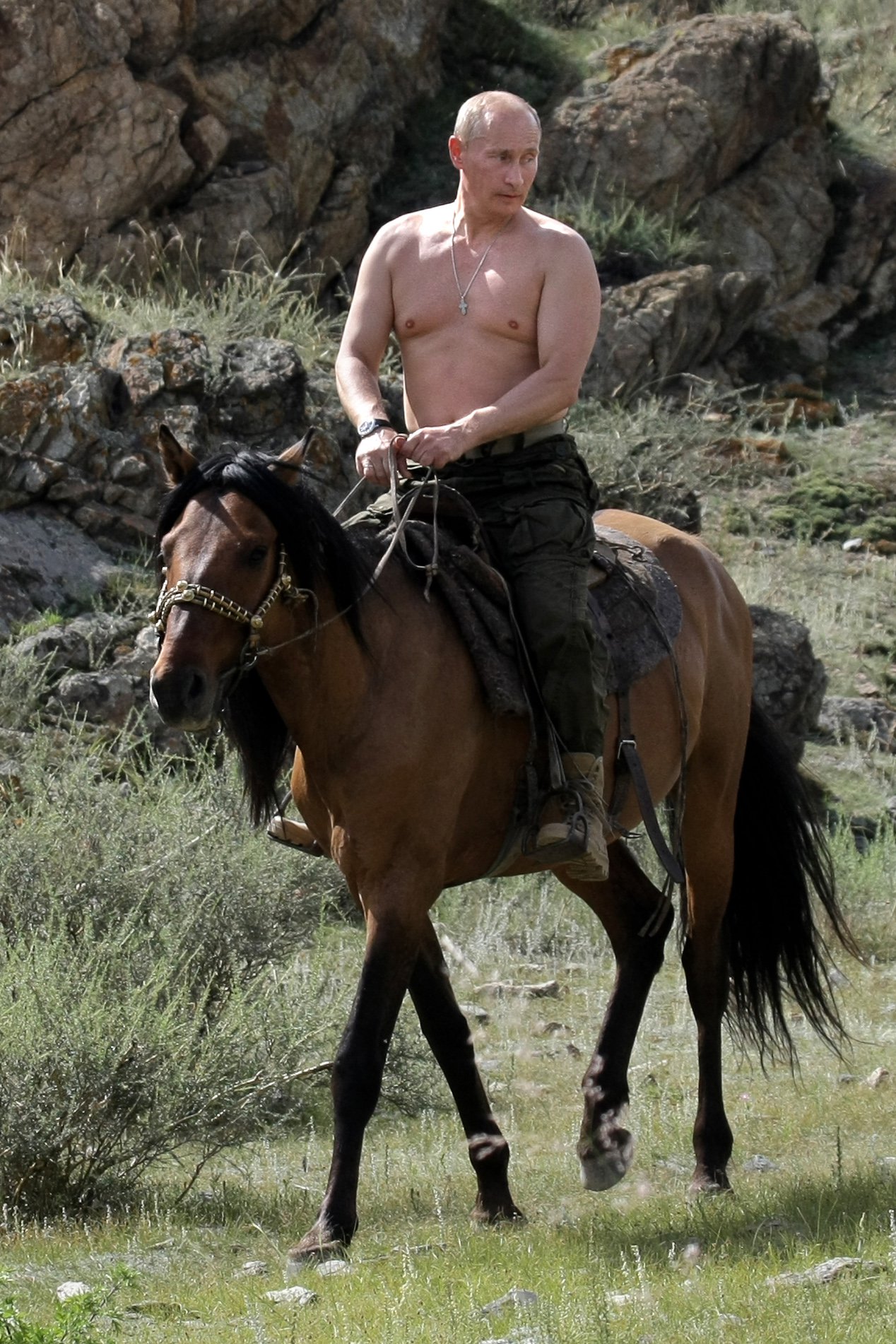 The 69-year-old, a martial arts black belt and fitness fanatic, taunted his Western counterparts over their ‘lack of machismo’, saying they needed to give up alcohol and do more sports.

He went on: ‘Recall Pushkin, who said, “One might be all about business, yet still take care of the beauty of one’s nails”. I certainly agree with that.

‘One must have both a body and a spirit harmoniously developed. But to achieve harmony, you must stop abusing alcohol and other bad habits, and do sports.

‘The [Western] colleagues you mentioned, I know them all personally. This is not the best period in our relations, this is understandable.

‘Yet they are all leaders, so they would achieve success if they wanted to.  But they must work on themselves.’

The strike, which killed 18 people on Monday, caused shock around the world and was denounced by Ukrainian leaders as a war crime and terrorist attack.

Mr Johnson said it was an act of ‘utter barbarism’. He added: ‘People are just shocked by what Putin is capable of doing.’

Replying to the claims, the Kremlin leader said: ‘I know, and we said it many times, we showed it, it was obvious from drones, that they [Ukrainians] place weapons, artillery in living quarters.

‘We don’t shoot just to shoot. As a rule, it is done at targets checked by intelligence, and I am certain exactly the same was in this case.

‘They hide equipment, especially [arms] delivered from the West in various hangars, markets, at factories and workshops where they repair and prepare the equipment after lengthy delivery from abroad.

‘The Russian army does not hit any civilian sites. There is no need.

‘We have every capacity to figure out the locations of everything, and with our high-precision long range weapons we reach these targets.’