Vladimir Putin has deployed a warship – equipped with one of the world’s most deadly weapons – to the Atlantic Sea.

The frigate is armed with Mach 9 hypersonic Zircon missiles, of which the Kremlin leader says have ‘no equivalent in any country in the world.’

Moscow hasn’t unveiled the exact route of the warship.

Putin was filmed as he gleefully ordered the Admiral Gorshkov to sail to the Atlantic and Indian oceans, as well as through Mediterranean waters.

He appeared visibly pleased as he announced ‘an important, if not momentous, event’.

In a videoconference, he said: ‘The frigate Admiral Gorshkov is embarking on a long sea voyage.

‘There is nothing unusual here: it is commonplace, but this time the ship is equipped with the latest hypersonic rocket system Tsirkon [Zircon], which has no match.

‘As I said, it has no equivalent in any country in the world.’ 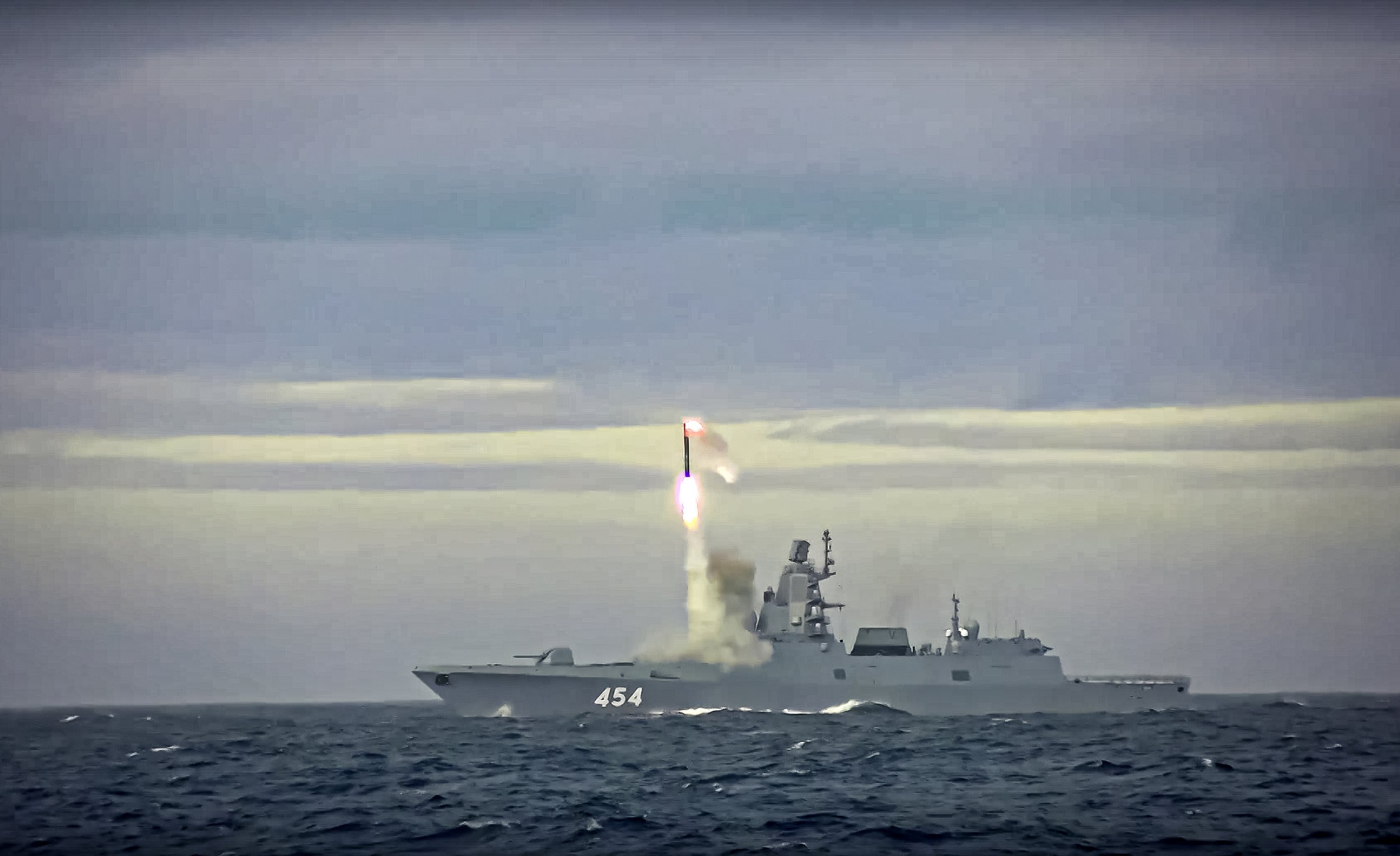 Putin then insisted: ‘I want to stress that we will continue to develop the combat capabilities of the armed forces and produce promising weapons.

‘I would like to wish the ship’s crew every success in their service for the good of the Motherland.’

The frigate had been undergoing scheduled maintenance at Kronstadt Marine Plant.

The new mission is expected to take the Gorshkov past the coast of the British Isles as it heads on a mission during the bloody conflict between Russia and Ukraine.

However, the Russians have not disclosed the exact routing or timings.

Moscow has boasted that the Gorshkov is ‘the most dangerous enemy of surface ships in the world’s oceans’.

It is also carrying state-of-the-art Kalibr missiles – used against Ukraine – in its armoury.

Russian media reports have said Tsirkon [Zircon] tests would be carried out during the voyage, without saying at what stage or location.

The captain of the Admiral Gorshkov appeared in today’s videoconference, and told Putin: ‘The frigate’s crew is ready for military service.’

The president responded: ‘I am very glad, congratulations. This was big, big work that finished with the good result we expected.