Russia should have targeted the Queen’s funeral due to the high volume of Western leaders in attendance, a Kremlin propagandist has said.

Olga Skabeyeva, who is known as Vladimir Putin’s ‘Iron Doll’, made the comments just hours after Her Majesty was laid to rest.

She is seen as one of the Kremlin leader’s key TV propagandists.

Her comments came in response to remarks made by Russian MP Andrey Gurlev, who said Russia should send nukes to Britain rather than Ukraine or Germany.

She said: ‘We should have done it today, all the best people are in Britain for the funeral.’

The debate came as Putin’s army suffer more humiliating setbacks in Ukraine, with Moscow blaming the UK for galvanising Western action against the Kremlin.

Mr Gurlev said: ‘We still have to live over there in Ukraine.

‘We have plenty of targets. Ramstein airbase in Germany is a good fat one, but it could wait. 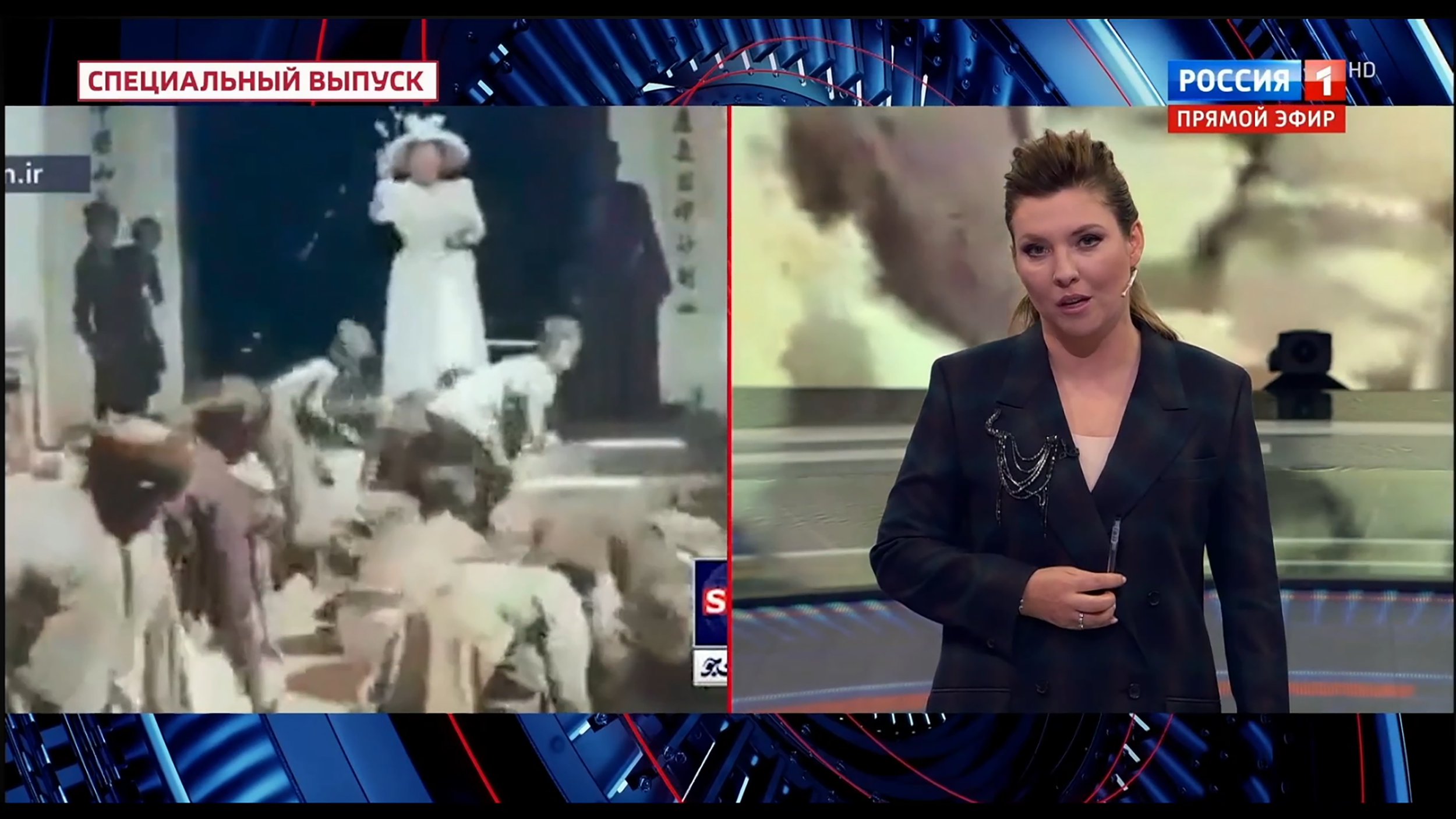 ‘Why would we bomb Ukraine or Germany when there is Britain – the root of evil.’

The retired general said the UK could be turned into a ‘Martian wasteland’, which would encourage NATO to ‘back off’.

He said: ‘When Britain is turned into a Martian wasteland, what will NATO’s Article 5 [defending collective security] be about.

‘Defending the Martian wasteland? There will be nothing left there. An unshakeable island – it will be shakeable.’

Over the last month, Ukrainian forces have liberated 300 settlements in the northeast region of Kharviv, as they launch a counter-offensive which has forced Putin’s army to retreat.

Russian soldiers have also abandoned Melitopol, which they took hold over during the beginning of the invasion.

The Kremlin’s propagandist’s have claimed they suffered losses due to interference from NATO, rather than admitting they are being beaten by Ukraine.

However, Rose Gottemoeller, the former deputy secretary general of Nato from 2016 to 2019, told the BBC that Russia is unlikely to use long-range nuclear weapons that could hit Britain or the US.

She said: ‘We’ve done an excellent job sending a clear message to Moscow of: “No impunity.”

‘We know what you’re up to, you’re not going to get away with it.

‘If there is a move towards weapons of mass destruction, and I have seen no indication so far that there is, but if there is then we need to get it out there and say to the Russians: “No impunity here.”‘