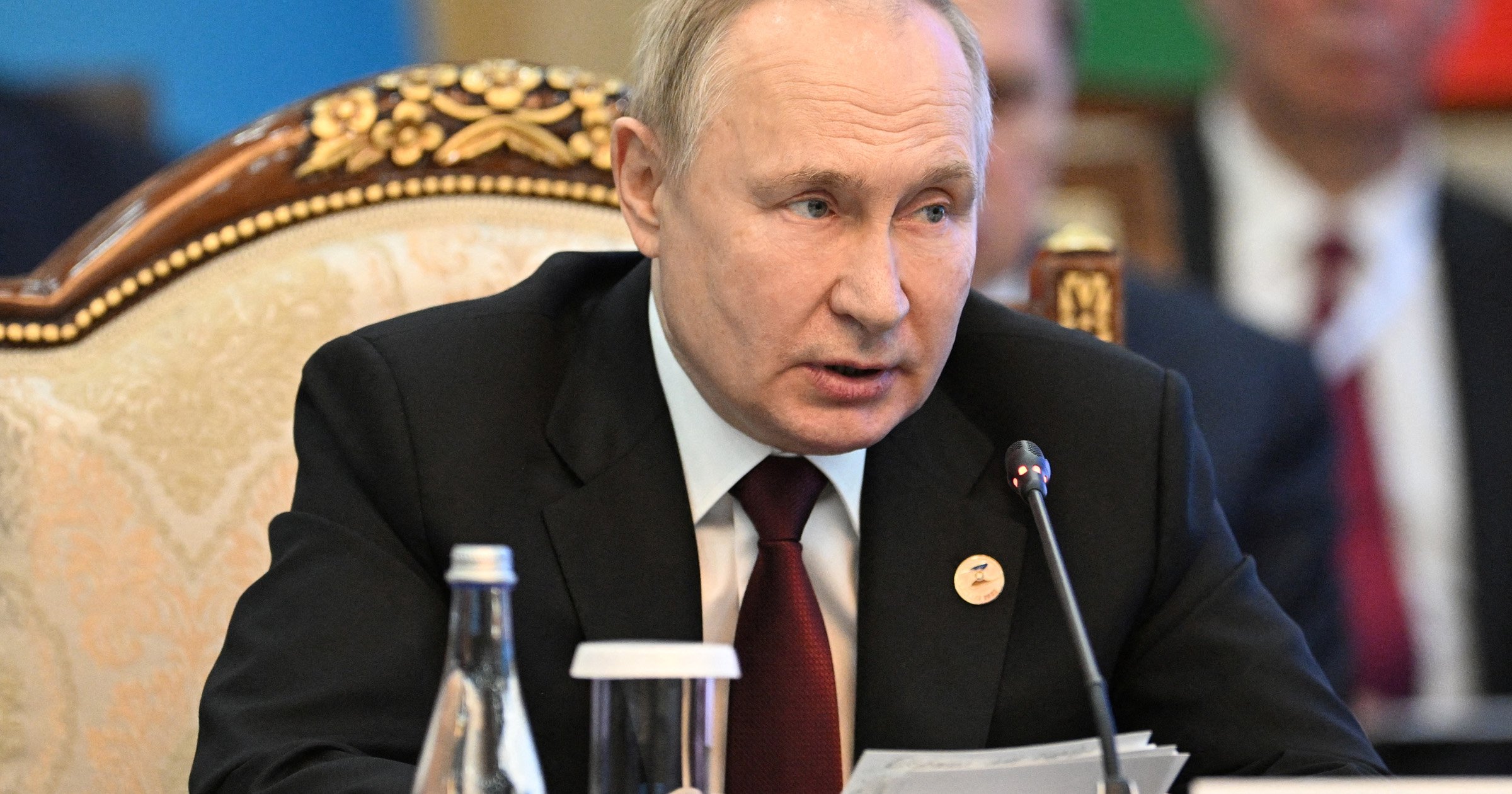 Vladimir Putin has warned that any country that would attack Russia with nuclear weapons would be wiped from the face of the earth.

The Kremlin leader said Russia had no mandate to launch a preventative first nuclear strike, unlike the United States.

He added that Moscow’s advanced hypersonic weapons would ensure Russian forces could respond forcefully if it ever came under attack.

While questioned by reporters this afternoon, Putin claimed there was no need to call up additional troops to fight in Ukraine, as there were 150,000 recently conscripted fighters who had not yet been sent to the frontlines.

Moscow called up more than 300,000 reservists in a mobilisation drive in September and October.

Around half have been deployed to Ukraine, according to Russia.

Although Putin has repeatedly said mobilisation is over, the Kremlin has refused to rescind an official decree ordering the call-ups, stoking fears that a second wave could be announced.