Vladimir Putin has been forced to use deepfakes and body-doubles to attend public events over his rapidly deteriorating health, according to an alleged Kremlin insider.

Telegram channel General SVR, allegedly run by a high-ranking Kremlin official who has ‘insider’ knowledge of Putin’s condition, has long maintained the Russian President is secretly battling a range of illnesses including dementia and several types of cancer.

Their latest report claims Putin was forced to cancel a string of events in December after suffering from ‘frequent bouts of dizziness and headaches’ linked to Parkinson’s disease.

In addition to the Parkinson’s-related side-effects, the source also claims Putin’s alleged cancer is ‘progressing’, which is said to be affecting his general condition and performance.

He is also prone to ‘clouding of consciousness’ which ‘calls into question the ability to participate in large events’.

The stresses of his failing war are also said to be exacerbating his condition, it is claimed.

While he has appeared to be busy, and today held a video conference with Chinese leader Xi Jinping, a number of substantial events have been cancelled. 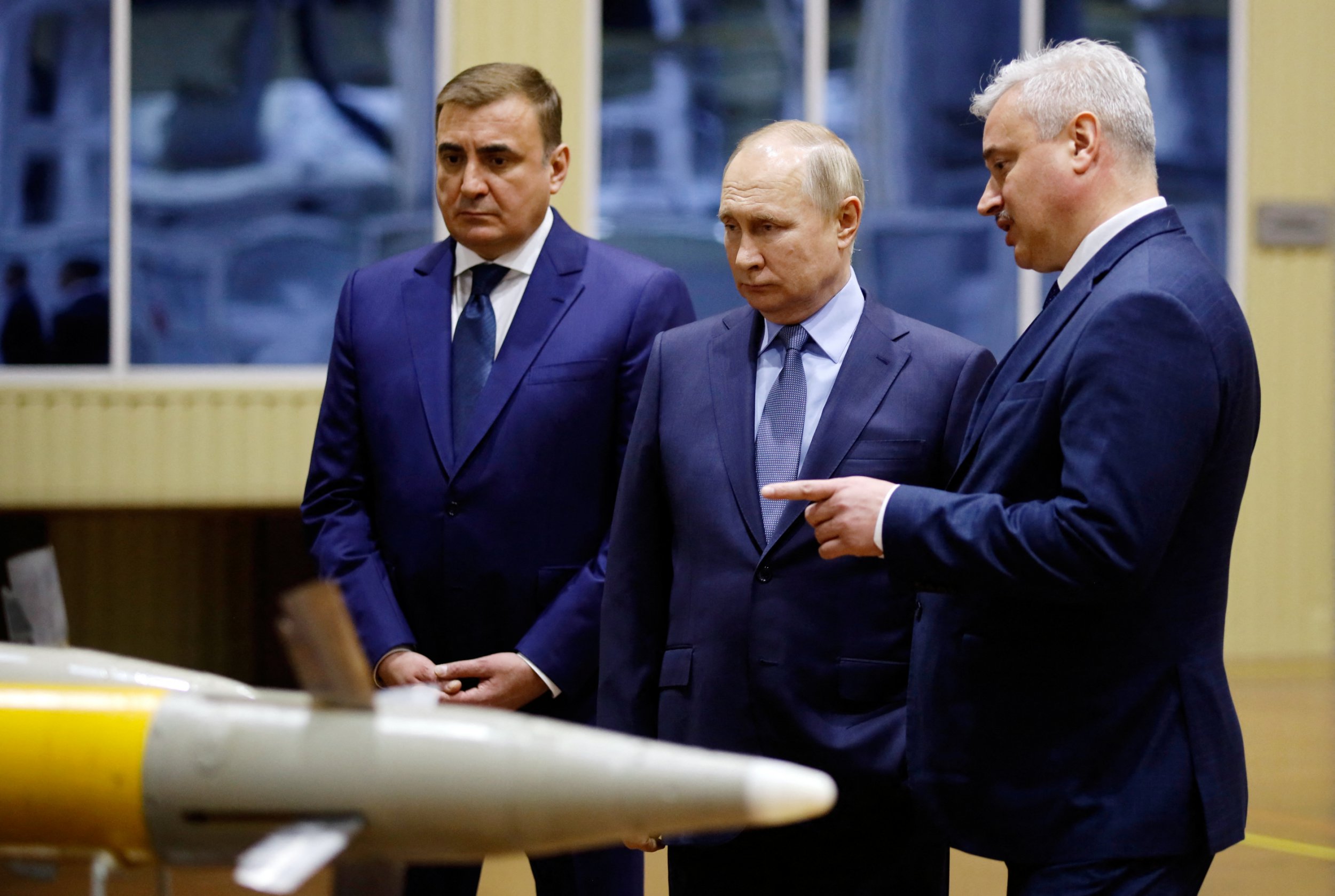 These include last minute aborting of a trip to Pskov on December 28, which was officially blamed on ‘unfavourable flying conditions’ when the weather conditions were good.

A week ago he was reported to have shelved a visit to Russia’s biggest tank plant in Nizhny Tagil, in the Urals, despite intense preparations for the visit.

Putin has also cancelled his usual appearance at an end of year meeting of his government ministers, and an annual ice hockey match.

And he refused to go-ahead with his traditional December press conference, which often lasted four hours or more.

Nor did he make an expected annual address this month to the Federal Assembly.

Although Putin did attend a meeting of leaders from ex-Soviet states in St Petersburg earlier this week, it was noted that the formal session was far shorter than usual.

It is also claimed that Putin has been sending ‘body doubles’ for some events in order to cover for his ailing health.

It has been suggested that a recent visit by the President to the Crimea Bridge, earlier attacked earlier this year by Ukraine, was in fact a doppelgänger- and possibly also a visit last week to Tula when he met the governor, his former bodyguard Alexei Dyumin, on the day he cancelled the Nizhny Tagil trip.

‘The president has increasingly resorted to the use of “doubles” to participate in various public events, and “Deepfake” technology is used for video conferencing, which allows meetings to be held without Putin’s direct participation,’ claimed the channel.

Earlier this month, it was widely rumoured that Putin had ‘involuntarily defectated’ in front of his bodyguards after falling down some stairs at his private residence in Moscow- claims the Kremlin was forced to deny after being pressed by a reporter for US outlet Newsweek.

The Press and Information Office of the President of the Russian Federation said: ‘Regarding your request, we can say that this is completely untrue.’