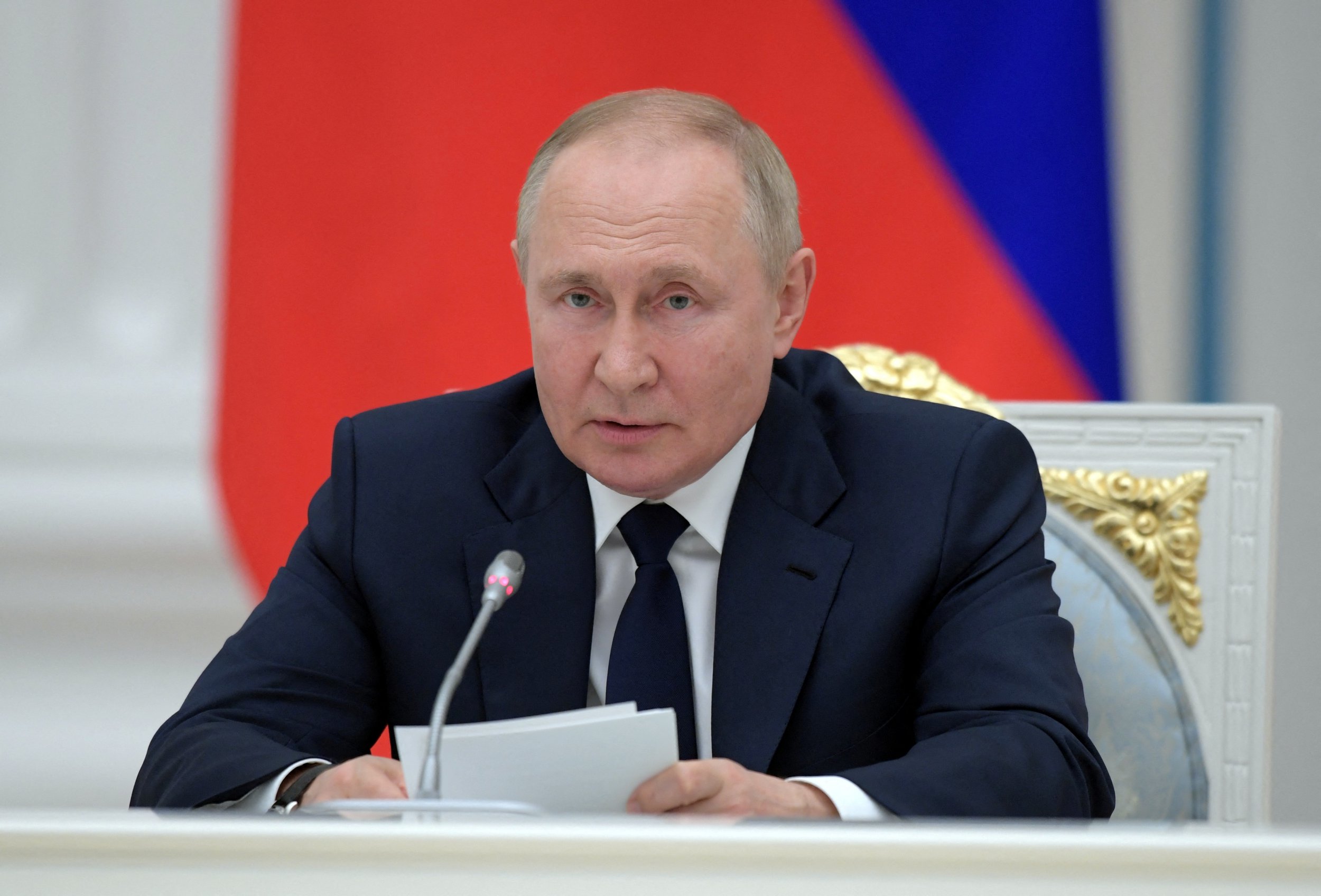 Vladimir Putin has told Ukraine to quickly accept peace terms or brace for the worst – warning that Russia’s invasion has barely begun.

Speaking with parliamentary leaders on Thursday, he also dared the West to try and defeat his men on the battlefield.

In a combative speech, Putin remarked that ‘the West wants to fight us until the last Ukrainian’, adding: ‘It’s a tragedy for the Ukrainian people, but it looks like it’s heading in that direction.’

Despite the thousands of people killed and cities reduced to rubble during the four months of conflict so far, the tyrant also warned: ‘Everybody should know that largely speaking, we haven’t even yet started anything in earnest.’

Russia accuses the West of waging a proxy war against it by hammering its economy with sanctions and stepping up the supply of advanced weapons to Ukraine.

But while boasting that Russia was just getting into its stride, Putin also referred to the possibility of negotiations.

He said Moscow remains ready to sit down for talks to end the fighting, adding that ‘those who refuse to do so should know that the longer it lasts the more difficult it will be for them to make a deal with us’.

‘We are hearing that they want to defeat us on the battlefield,’ Putin added. ‘Let them try.’

Since invading Ukraine on Feb. 24, Russian forces have captured large swathes of the country, including completing the seizure of the eastern region of Luhansk last Sunday.

But their progress has been far slower than many analysts predicted, and they were beaten back in initial attempts to take the capital, Kyiv, and second city, Kharkiv.

Prospects for compromise appear remote as Ukraine, emboldened by Western support and the heavy losses it has inflicted on its opponent in terms of both men and equipment, has spoken of driving Russia out of all the territory it has seized.

Moscow is expected to try to eventually cut Ukraine off from its Black Sea coast all the way to the Romanian border.

If that succeeded, it would deal a crushing blow to the Ukrainian economy and also create a corridor to Moldova’s separatist region of Transnistria that hosts a Russian military base.

Putin reaffirmed his long-held claim that the West using the conflict in Ukraine to try to isolate and weaken Russia.

‘They simply don’t need such a country as Russia,’ he said. ‘This is why they have used terrorism, separatism and internal destructive forces in our country.’

He charged that Western sanctions against Russia have failed to achieve their goal of ‘sowing division and strife in our society and demoralising our people’.

Putin added: ‘The course of history is unstoppable, and attempts by the collective West to enforce its version of the global order are doomed to fail.’