The monarch was joined by Prince Charles, the Duchess of Cornwall, Prince William and Kate at an evening reception with G7 leaders at the Eden Project in Cornwall. And at one point the Queen and her daughter-in-law shared a touching exchange, according to a lip reader.

Camilla is carrying Her Majesty’s scarf and asks if she would like it, Cornwall Live reported.

According to the lip reader, the Duchess says: “Here is your shawl.”

The Queen replies: “You have it.”

Camilla asks: “Are you sure?” 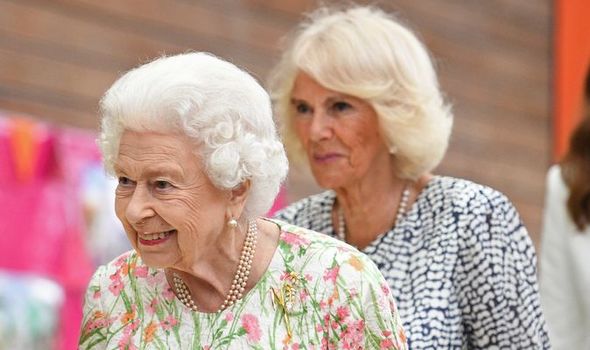 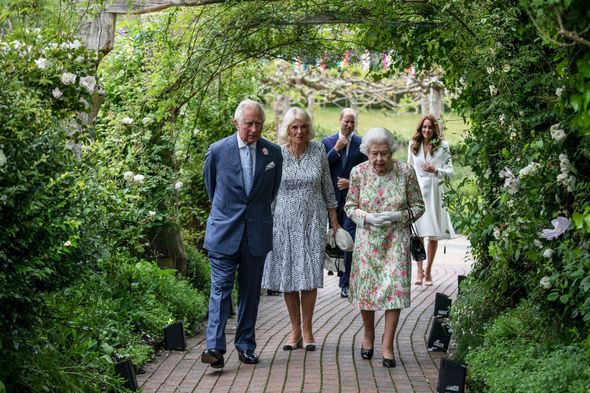 The Prince of Wales says: “She doesn’t want it.”

Three generations of the Royal Family were present for the event staged for presidents and prime ministers and their partners.

The monarchy uses what is known as “soft diplomacy” to help the UK boost friendships with its allies and partners around the world.

Ahead of the arrival of the royals, many of the G7 leaders, some with spouses, walked through the flora and fauna at the visitor attraction on their way to the reception. 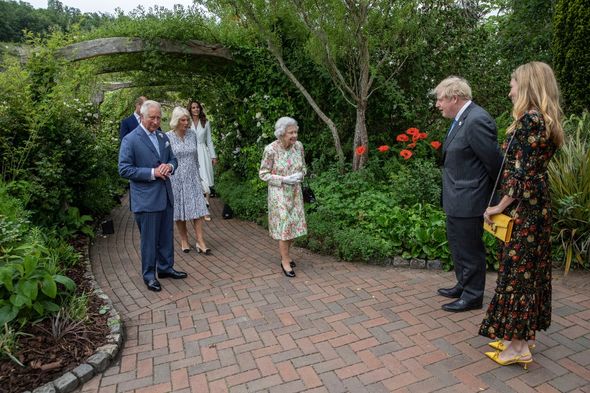 The Queen walked just ahead of Charles and Camilla, who were followed by the Duke and Duchess of Cambridge.

After a brief exchange of words between Mr Johnson and the Queen, she led the way into the reception and was followed by the senior royals. 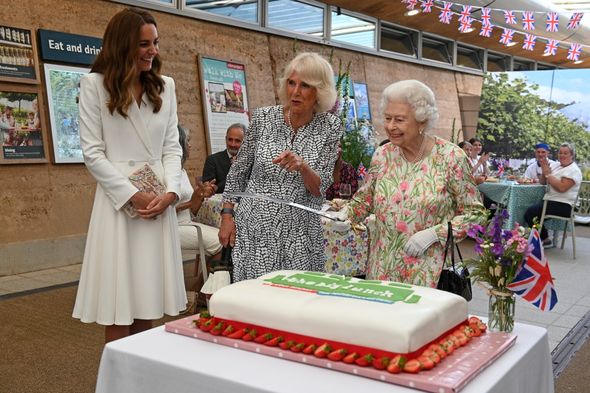 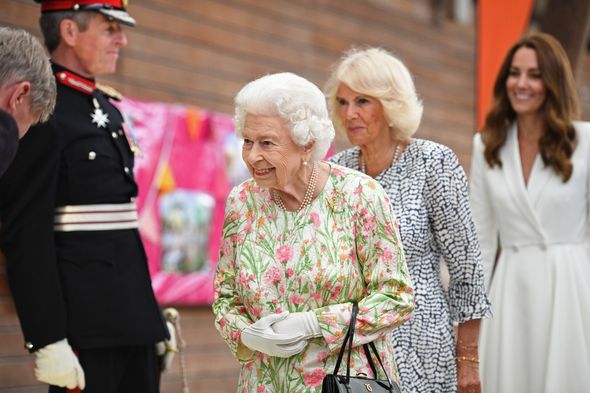 The bond between the Queen and Camilla was once again clear later on Friday when the monarch used a ceremonial sword to cut a cake in a hilarious moment.

The 95-year-old had been handed the sword by Edward Bolitho, the Lord-Lieutenant of Cornwall, to cut a large cake at a Big Lunch event, also attended by Kate

When told by an aide that there was a conventional knife available, the Queen said: “I know there is, this is more unusual”.

Camilla, at Her Majesty’s side, commented: “That’s slicing through.”

She then assisted the Queen with the final part of cutting the cake, which was loudly applauded by those at the event.

After handing the ceremonial sword back, the monarch used a knife to cut a second slice of cake and remarked: “That looks very good.”