Prince Harry was facing the prospect of being the only male member of the Royal Family not wearing military attire to the Duke of Edinburgh’s funeral this Saturday. This is due to the Duke of Sussex being stripped of his titles after he quit as a senior royal. However, it has now been claimed the Queen has suggested all senior male royals wear suits and ties.

A military source told The Sun: “It’s the most eloquent solution to the problem.”

The royal family are continuing to grieve for the man the Duke of York described as “the grandfather of the nation” as they finalise plans for his funeral on Saturday.

The Queen is continuing to work as she grieves and has expressed her sympathy with the people of a Caribbean nation following a series of violent volcanic eruptions.

The head of state said her prayers remained with the people of St Vincent and the Grenadines after thousands were evacuated after La Soufriere volcano began spewing ash into the atmosphere late last week. 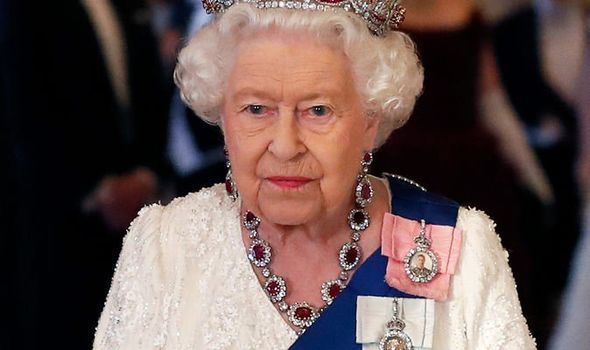 In the past the Queen would have referred to herself and the duke in any message of condolence or sympathy, but following her bereavement the words of support poignantly began with “I”.

She said: “I have been saddened by the destruction and major disruption caused by volcanic eruptions in recent days, and my thoughts are with the many people and families who have been evacuated from their homes, and whose livelihoods have been affected. I send my thanks to the emergency services and all those involved in the relief effort.

“My prayers will remain with the people of St Vincent and the Grenadines at this very difficult time.”

The Princess Royal has returned to public duties just days after the duke’s death, meeting young sailors during a visit to the Isle of Wight and she reminisced fondly about learning to sail as a child with her father.