The Queen took part in the special ceremony by video call and beamed a huge smile as the remarkable portrait was shown. The 94-year-old caught her first glimpse of the artwork while sitting at a computer screen as the curtain come down on the painting from the other end of the call. The picture commissioned by the Foreign and Commonwealth Office (FCO), shows the Queen dressed in blue sat in gold rail armchair, the longest-reigning monarch is also depicted next to a gold side table with flowers and a cup of tea.

The FCO said the painting was sanctioned as a lasting tribute to Her Majesty’s service to diplomacy.

Miriam Escofet painted the portrait after being chosen by the National Portrait Gallery.

Ms Escofet told the Queen she had included a hidden symbol in the painting – the insignia of the FCO – painted on to a teacup.

In a special moment, Ms Escofet revealed that even though she did not get to meet the Queen in person, it did not stop Her Majesty from paying close attention to detail. 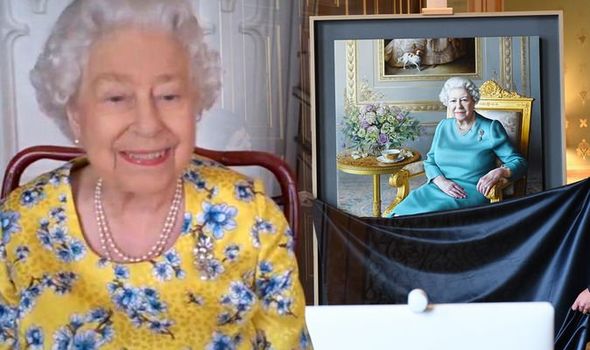 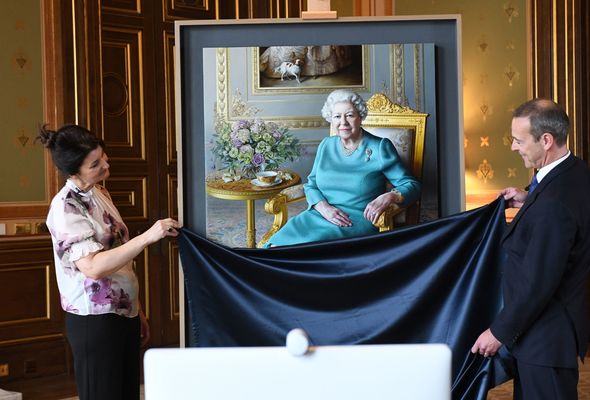 The artist explained the Queen joked her drawing of the traditional English hot drink actually did not contain any tea.

Ms Escofet said: “She seemed to react very positively to it. She was smiling, asking how long it took and if I had any more projects on the go after this.

“When I explained certain elements of the painting, the teacup, she made some amusing comments. 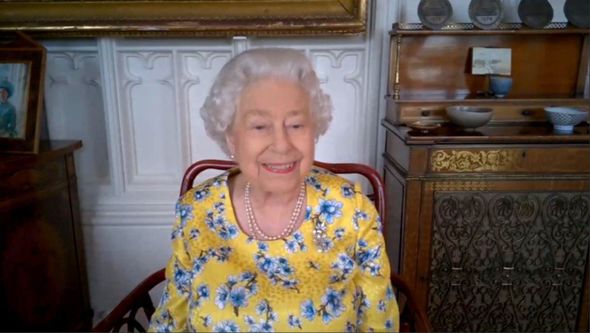 The painting took seven months to complete with the last sitting taking place at Buckingham Palace in February before the coronavirus pandemic.

The first session took place at Windsor where she spent around half-an-hour photographing the monarch and the second at Buckingham Palace to focus on her facial expressions.

Ms Escofet revealed the Palace were only shown initial sketches of the plan and she was along to get a masterpiece and surprise the Queen.

The artist described the Head of State as a “fantastic” sitter and said she had a “sense of humour”. 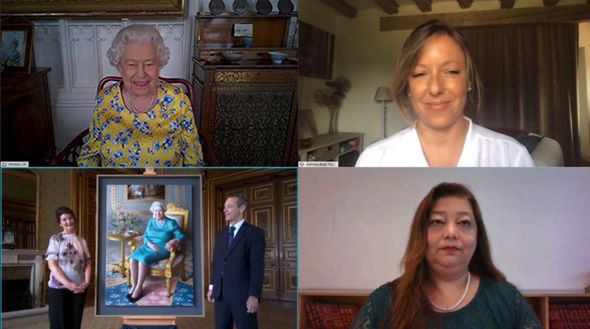 She added: “What I wasn’t expecting was her humour. I’m not saying she’s cracking jokes, but you can feel it.

“There’s a real sharpness, a keenness, she’s really there, she really takes you in. I guess it’s a wisdom.

“I really wanted to catch that essence of her in the portrait. That’s a quality that you only really feel when you meet someone. 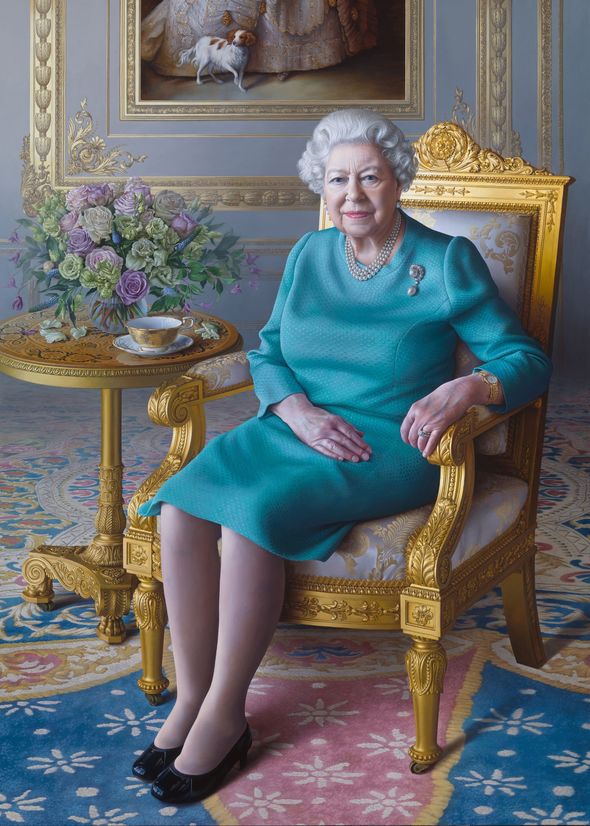 “She’s a very powerful, small person, and quite luminous. You can feel this life energy from her, it’s very striking.

“That became very useful for me because it meant I could get almost an aura of regalness around her in what was actually trying to be a very humane portrait of her.”

The Queen was joined on the video by a number of people who shared their experiences during the coronavirus pandemic. 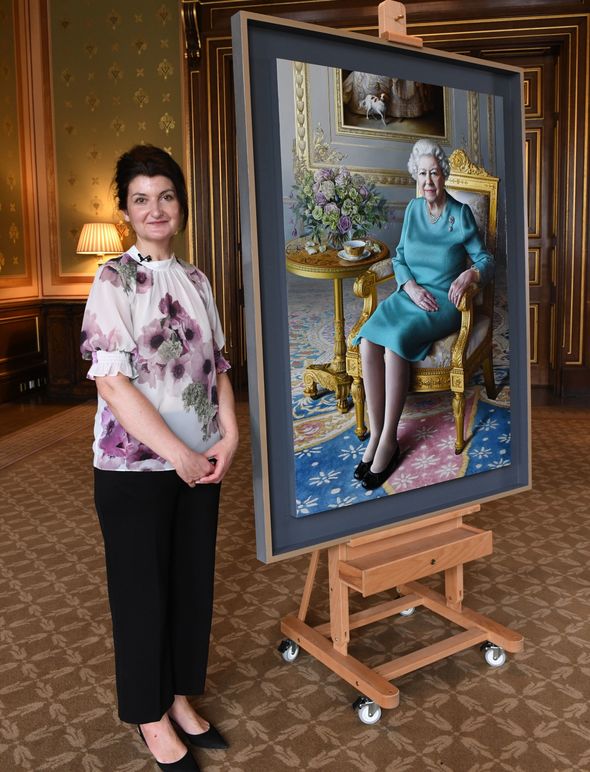 Sanjibita Tariang, who has worked for the FCO for 19 years, explained to the Queen the challenges of getting people home from abroad during the pandemic.