Captain Tom Moore was knighted by the Queen at an investiture at Windsor Castle for his servitude to the UK’s health service. The war veteran had raised over £30 million for the NHS by completing 100 laps of his garden before he turned 100 years old. As an honorary colonel, his official title will be Captain Sir Thomas Moore under Ministry of Defence protocol.

Making sure to keep at least one metre apart, the Queen approached the centenarian on the open-air castle grounds.

She then used the ceremonial knighting sword to tap both of the captain’s shoulders, before handing him is medal.

The pair proceeded to have a conversation, but it was unclear what they were saying.

Eventually the rest of his family joined him to speak with the Queen, including his daughter, Hannah, son-in-law, Colin, and his grand-children, Benjie and Georgia. 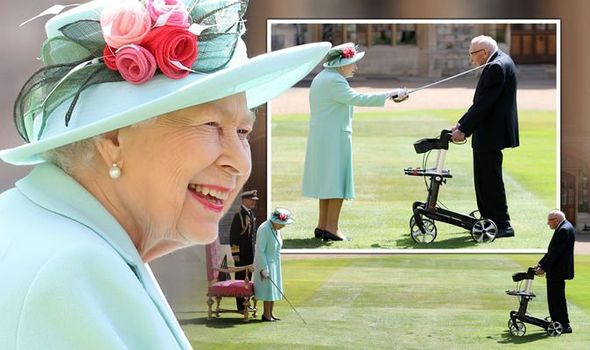 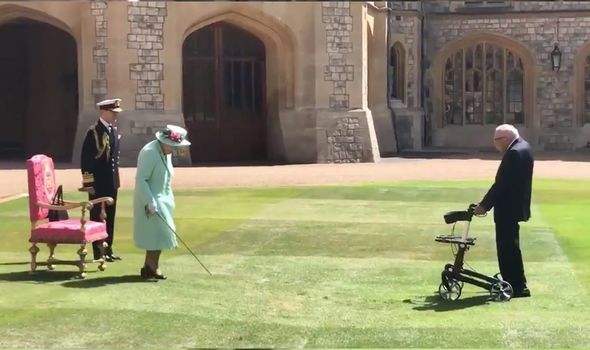 Boris Johnson said the centenarian had provided the country with “a beacon of light through the fog of coronavirus”.

The Queen has the sole right of conferring titles of honour on deserving people from all walks of life, in public recognition of their merit, service or bravery.

Most honours are awarded on the advice of the Cabinet Office, and anybody can make a recommendation if they know someone they believe to be worthy.

More than 1,000 people were recognised on the New Year Honours list. 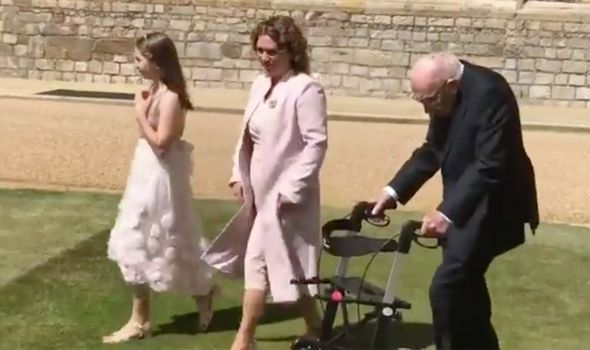