Her Majesty was accompanied by the Prince of Wales for a parade conducted by a group known as the Queen’s Bodyguard in Scotland at Holyrood Palace. Although she was seen using a walking stick there was no obvious sign of the mobility issues that have plagued the monarch in recent months.

Wearing a blue coat the Queen beamed with delight during the parade and even stood at times.

Known as the Queen’s Body Guard for Scotland and the Royal Company of Archers, the Reddendo Parade was the finale to Holyrood Week.

The Royal Company of Archers functions as the monarch’s ceremonial Body Guard for Scotland.

It was a role first created by King George IV back in 1822. 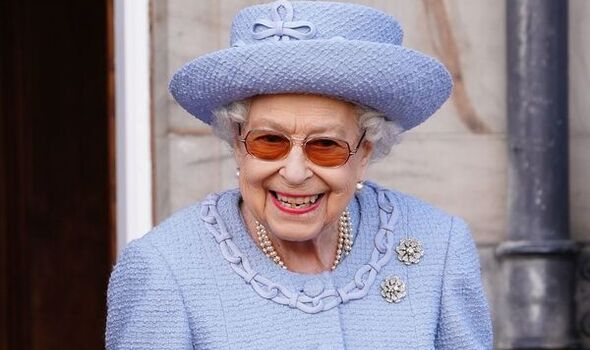 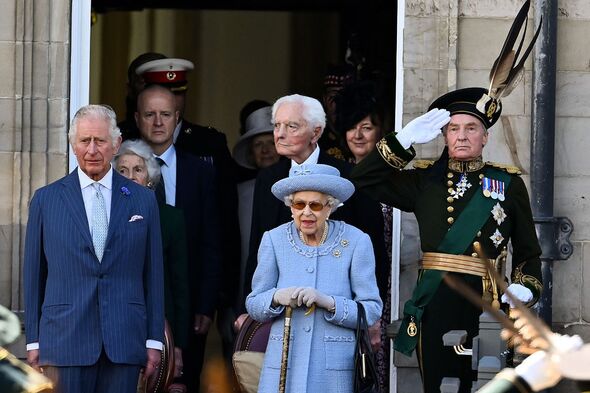 As Princess Elizabeth the Queen first became acquainted with the Royal Company on a visit to Scotland with her father King George VI in July 1937.

During the parade the Queen and Prince Charles, who is also known as the Duke of Rothesay in Scotland, were invited to view the Reddendo.

This was a gift presented by the Royal Company to mark the Bicentenary of Her Majesty’s Body Guard for Scotland.

The Reddendo is a gift given to the sovereign as a display of loyalty in return for certain privileges. 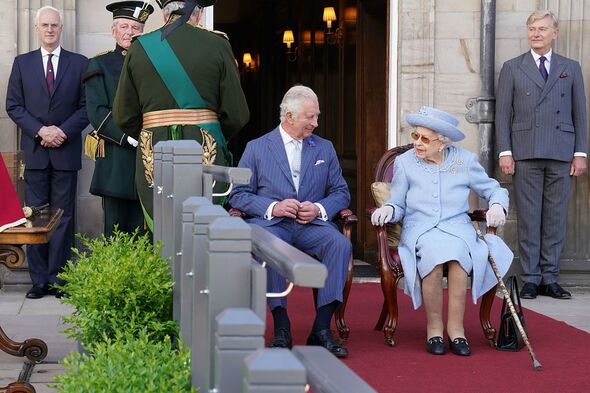 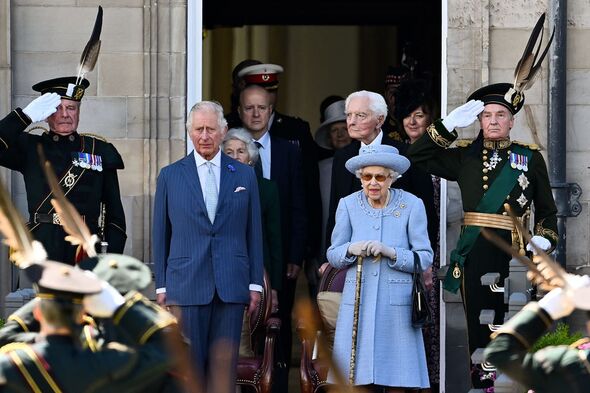 It was a tradition started by Queen Anne back in 1704.

Traditionally the Reddendo was a pair of arrows on a velvet cushion.

However this has changed during the Queen’s reign to include other gifts including a brooch in 1952, a glass vase in 1976 and a pen tray in 2006.

Earlier on Prince Charles had joined the Princess Royal for the Order of the Thistle parade at St Giles’ Cathedral. 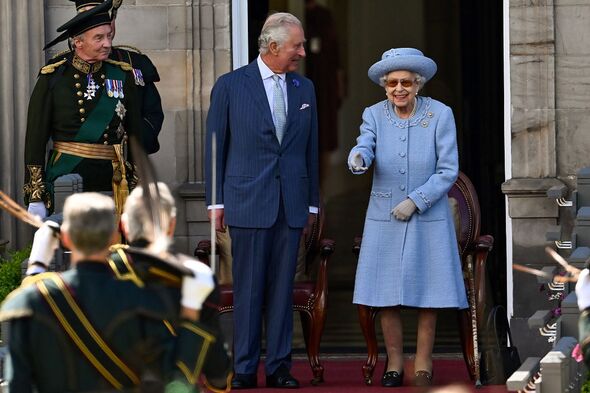 Prince Charles and Princess Anne are Royal Knights of the Thistle alongside Prince William, although he was not present in Scotland for the festivities.

They attended the ceremony where two new appointments were confirmed.

The Order of the Thistle is regarded as the greatest order of chivalry in Scotland.

Holyrood Week is a chance for members of the Royal Family to visit various Scottish regions and meet ordinary Scots.