Queen Consort Camilla was seen wearing the special shamrock brooch on Tuesday evening when she arrived in London to receive Queen Elizabeth’s coffin. The new Queen was accompanied by her husband King Charles, as well as Prince William, Prince Harry and their wives, as they greeted the coffin.

Members of the Royal Family gathered at Buckingham Palace to witness the Queen’s coffin arrival, after it had travelled from Edinburgh, Scotland.

Princess Anne had accompanied the coffin and said it had been an “honour and a privilege” to travel alongside the Queen on her final journey.

She said: “Witnessing the love and respect shown by so many on these journeys has been both humbling and uplifting.

“We will all share unique memories. I offer my thanks to each and everyone who shares our sense of loss.”

The crows outside the palace cheered in the rain and the coffin drove passed, and those with umbrellas put them down as a sign of respect. 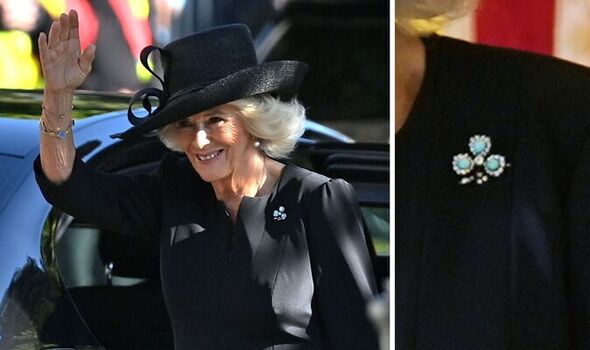 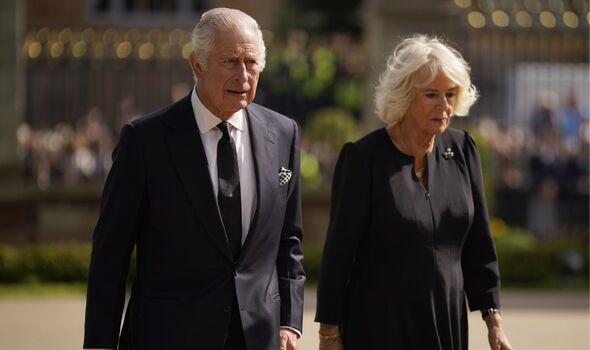 Camilla wore a black dress for the occasion alongside a sparkling diamond and turquoise shamrock brooch, which is thought to have once belonged to Queen Elizabeth.

While the connection is not confirmed, a shamrock brooch matching its description is listed as part of Queen Elizabeth’s wedding gifts when she married Prince Philip.

The unusual piece of jewellery features turquoise Persian jewels on each of the three leaves of the shamrock, while a larger diamond sits at the centre where the leaves are connected. 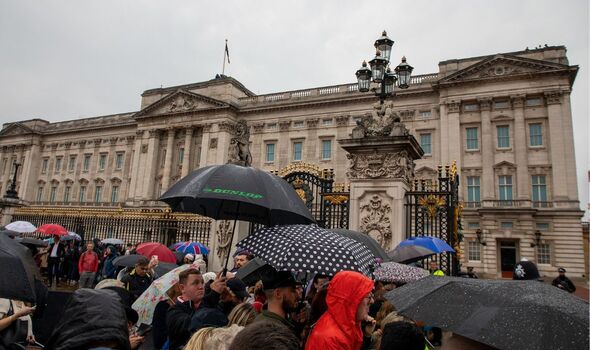 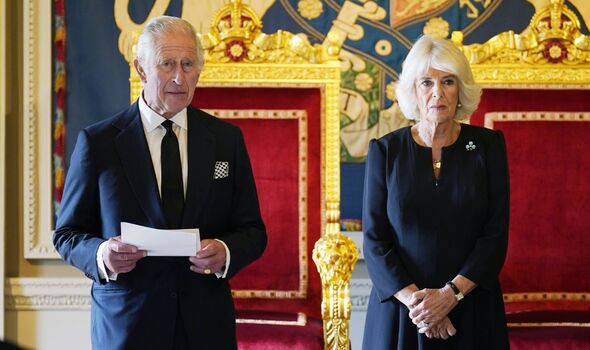 The Queen Consort has worn the piece before on a tour of Northern Ireland and it may have been the inspiration for wearing it, as she travelled to Hillsborough Castle in Belfast on Tuesday as part of their tour of the UK.

The royal couple met with the Secretary of State for Northern Ireland as well as other politicians, and also attended a service for Queen Elizabeth in St Anne’s Cathedral.

The King said that Queen Elizabeth “never ceased to pray for the best of times for this place and its people” and said the late Queen held a belief in “the significance of the role she herself played in bringing together those whom history had separated”.

They were greeted with loud cheers as they witnessed a 21 Gun Salute to announce the arrival of the new King. 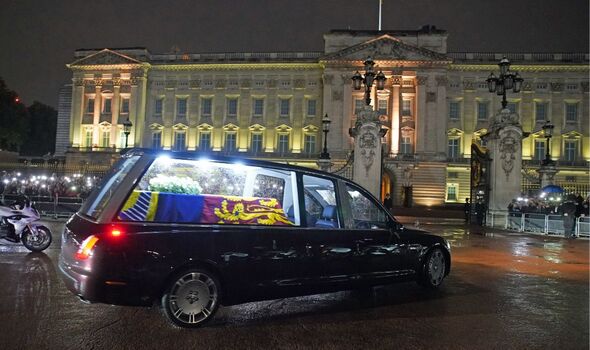 The Queen will spend one last night in Buckingham Palace before departing for the Palace of Westminster.

Queen Elizabeth will lie in the Palace for four days and the public will be allowed access to pay their respects.

She will then be moved one final time on September 19, the day of her funeral at Westminster Abbey, and then she will be laid to rest at St George’s Chapel.