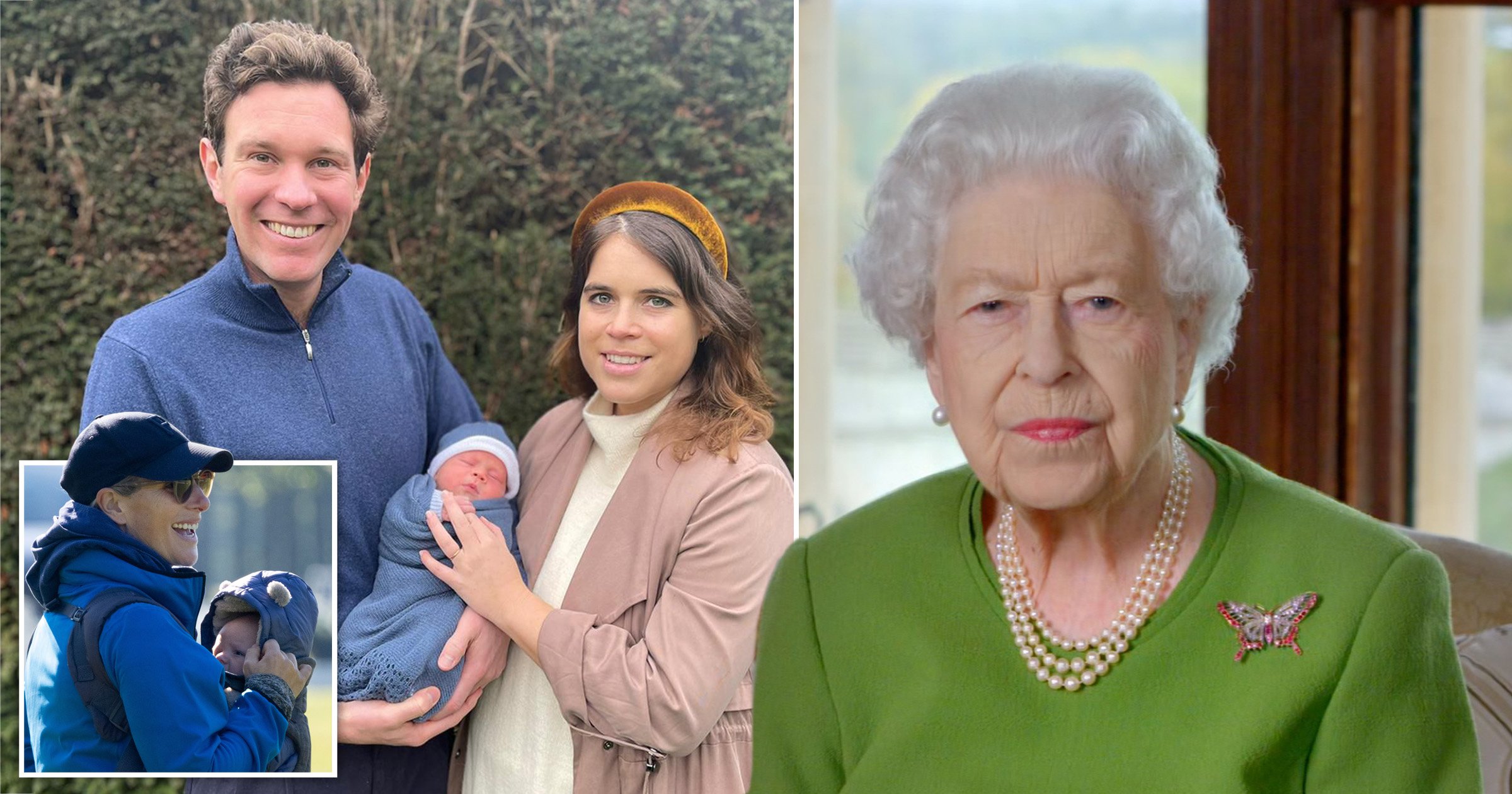 Queen Elizabeth is hoping to attend the joint christenings of her great-grandchildren in Windsor this weekend, a royal source has claimed.

Last week the monarch was forced to pull out of Remembrance Sunday at the Cenotaph after she sprained her back.

But she has reportedly told aides she is determined to join granddaughters Princess Eugenie and Zara Tindall as they christen their children at All Saints Chapel in Great Windsor Park.

The monarch, 95, will make an 11th-hour decision after consulting with doctors.

A royal source told The Sun: ‘Her Majesty is very keen to be there as she knows how important this is for her grandchildren and great-grandchildren.

‘It’s set to be a heartwarming family occasion and a time of real celebration after what has been some challenging times for certain royals of late, including the Queen herself.

‘She is keen to attend such a wonderful event after the great personal disappointment of missing last Sunday’s Remembrance events.’

Buckingham Palace refused to comment on whether the Queen would be attending the service, adding that reports in the media were speculative.

Royal commentator Penny Junor, who has written a number of books on the family, said it would be ‘wonderful’ if the Queen were able to attend.

‘I’ve never heard of two royal babies being christened together like this but it will be wonderful to have the Queen there.

‘It would also send a fantastic message to the world that she is not ready to leave us yet.

‘She’s very spiritual, a christening is a very important occasion for the head of the Church of England and being there will be of great importance to her.

‘She’s very fond of Zara and Mike, and Eugenie too,’ she said.

Princess Eugenie and her husband Jack Brooksbank’s son was born in August and was meant to be christened in July, however, the event had to be cancelled due to coronavirus.

He will be baptised alongside Lucas Philip, the son of Mike and Zara Tindall, who was born in March.

The service comes as the Queen marks her 74th wedding anniversary without her late husband Prince Philip, who died in April.

Holy water brought home from Jordan by Prince Charles will be used for the ceremony.

The service will be led by Canon Martin Poll, who is chaplain to Great Windsor Park.

The Queen has had a number of health scares in recent weeks.

In October she was forced to spend a night in hospital for the first time in eight years and had to cancel two trips on doctors’ advice to rest.

Then last week she was forced to pull out of attending Remembrance Sunday events at the last minute after she sprained her back.

The injury sparked concern over the impact of car journeys and long periods of standing on the monarch who is in her nineties.

On Wednesday Buckingham Palace released a photograph of the Queen standing during her first face to face audience since she was forced to miss the Remembrance Service.