One of the Queen’s two new puppies, given to her while the Duke of Edinburgh was in hospital, has reportedly died. Fergus, a young dorgi puppy, was one of the pair given to the Queen after Philip fell ill in February.

She was apparently left “devastated” after the pup died over the weekend, a month after the death of her husband aged 99.

A source told the Sun: “The Queen is absolutely devastated. 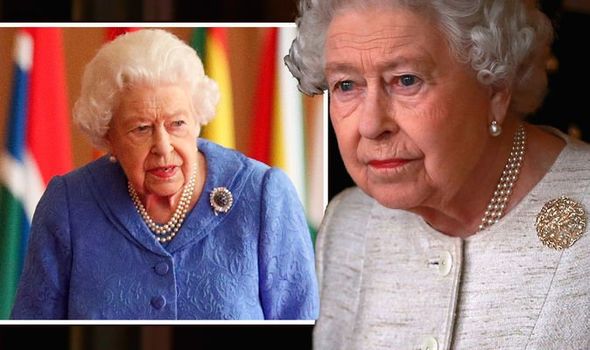 The Queen is said to have seen Fergus and a corgi called Muick as a “distraction” while she was grieving.

Joe Little, managing editor of Majesty Magazine, said: “The thinking was enough was enough, and that she was getting too old for new dogs and who would look after them when she was gone.

“But clearly that decision was reversed and, as it turned out, it probably is very fortuitous. I think it’s useful to have these puppies in her life now as way of a distraction.”

The Queen’s love of horses and dogs is well known and, while Philip spent his final period in hospital, it emerged the Queen had been given the puppies.

The Queen also has an older dorgi named Candy.

She is reportedly the last living descendant of corgi Susan who was given to the Queen on her 18th birthday.

She is known for her love of the animals and over the years, she has had more than 30 dogs.

The Queen was also said to be making an out of season trip to Balmoral for a private period of mourning for her husband of nearly 74 years.

The trip would be unusual for the monarch as she normally only visits the area from August to October.

She is known to take a three-month break at the 50,000-acre estate in Aberdeenshire each year.